The 47-year-old actress couldn’t help but gush over her love for television personality Martha Stewart — recalling the sweet reason she had named her pet pooch after the 77-year-old media mogul, while making an appearance on The Dr. Oz Show.

“When I was a young actress starting out and I would have auditions in the morning, I would come back and make myself lunch and watch her first cooking show. Back before she had a talk show or anything like that and it was just in the kitchen with Martha,” the Love Simon star explained to the 58-year-old daytime host of why she decided to name her furry friend after her idol.

When Oz asked if Garner always called her dog by her full name, the Texas native quipped: “Well, I mean it depended if she was being good, maybe she was Martha, but she knew that if I called her Martha Stewart she’d better get off the couch.” 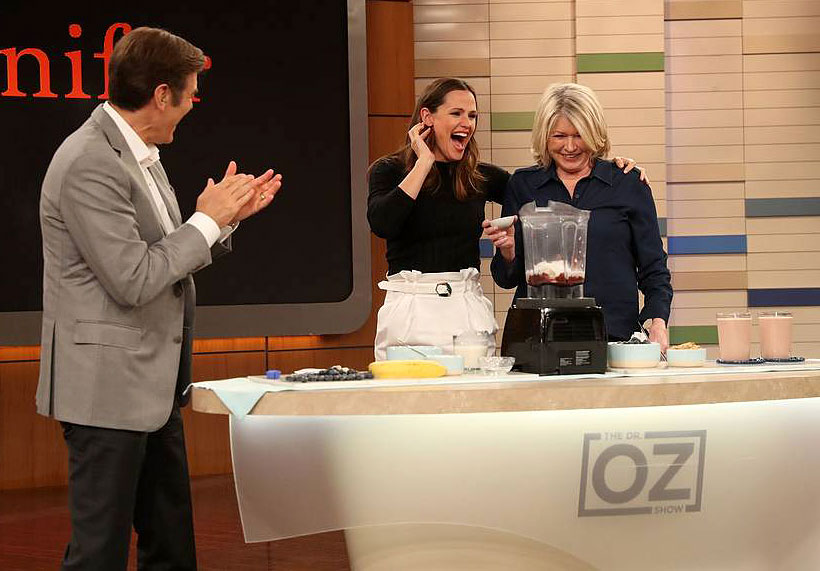 Adding to the fun, Oz’s interview with Garner — which kicks off the show’s May Sweeps programming — concluded with a sweet surprise … a visit from Martha Stewart. Garner, who looked overcome with joy, joked the real life domestic diva was “better behaved” than her dog, and went on to discuss their decades-long friendship.”[Martha] taught me how to make a Thanksgiving [dinner]. We did Thanksgiving together and it has been the Thanksgiving that I’ve made for my family every year — and it’s been 20 years.”