Making moves! All eyes were on Jennifer Lopez and Alex Rodriguez as they danced the night away at Balmain’s Met Gala afterparty on Monday, May 7. 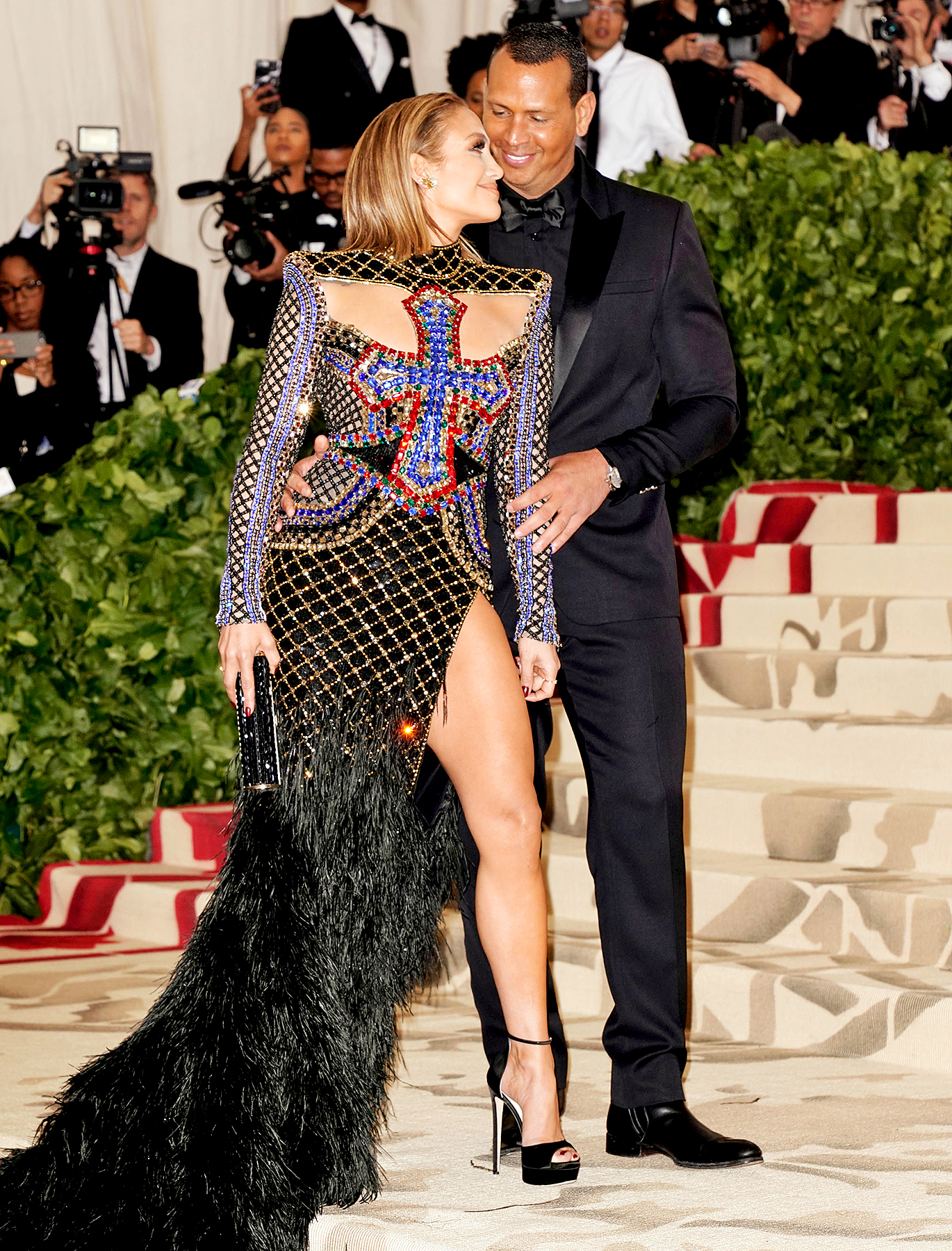 According to an eyewitness, the A-list couple arrived at the star-studded soiree shortly after 1:30 a.m. Lopez, 48, then got down on the dance floor to Rihanna’s “What’s My Name” as other attendees looked on. Soon after, the “World of Dance” judge was feeling flirty and started grinding on Rodriguez, 42, to the beat of Fat Joe and Ashanti’s track “What’s Love.”

The onlooker noted that the Grammy winner and the baseball pro “went crazy when the DJ played [Lopez’s] song ‘Get Right.’ She performed it for her table and everyone was videotaping her … Everyone was crowded around [her] table watching her dance.”

Earlier in the evening, the Shades of Blue star and the former New York Yankees player turned heads on the 2018 Met Gala red carpet. Lopez slayed in an embroidered Balmain gown, while Rodriguez sported an all-black tuxedo at the “Heavenly Bodies: Fashion and the Catholic Imagination” themed event.

Lopez gushed about attending the annual affair with her beau for the second time, telling E! News on the carpet, “I love sharing all these special moments.”

The couple, who started dating in February 2017, made their red carpet debut at last year’s Met Gala three months later.

“We had a great time that night. We had an amazing time,” the “Ain’t Your Mama” songstress told the Today show at the time. “We went in, we danced, it was awesome. One of the things I love is that he loves to dance. He dances all the important stuff for me. When the Spanish music comes on.”