AceShowbiz –
Jessie J has apparently returned the favor after her rumored boyfriend Channing Tatum was seen watching her concert several times. On Saturday night, November 10, the 30-year-old singer attended the opening of “Magic Mike” Live Tour, which is produced by the 38-year-old actor, in London, England.

Covering up in an all-black number, the “Bang Bang” hitmaker was all smiles while she’s pictured arriving at the Hippodrome Casino where the show is playing. Her beau was not seen with her, but she’s clearly enjoying the performance as indicated by her Instagram post.

The British star shared an image of the show on Instagram Stories and wrote on it, “Magic Mike London Opening night,” Jessie wrote, adding some flexing bicep emojis. She went on gushing about the show, “Congratulations @channingtatum what a show… Ladies and Gentlemen you don’t want to miss this.” 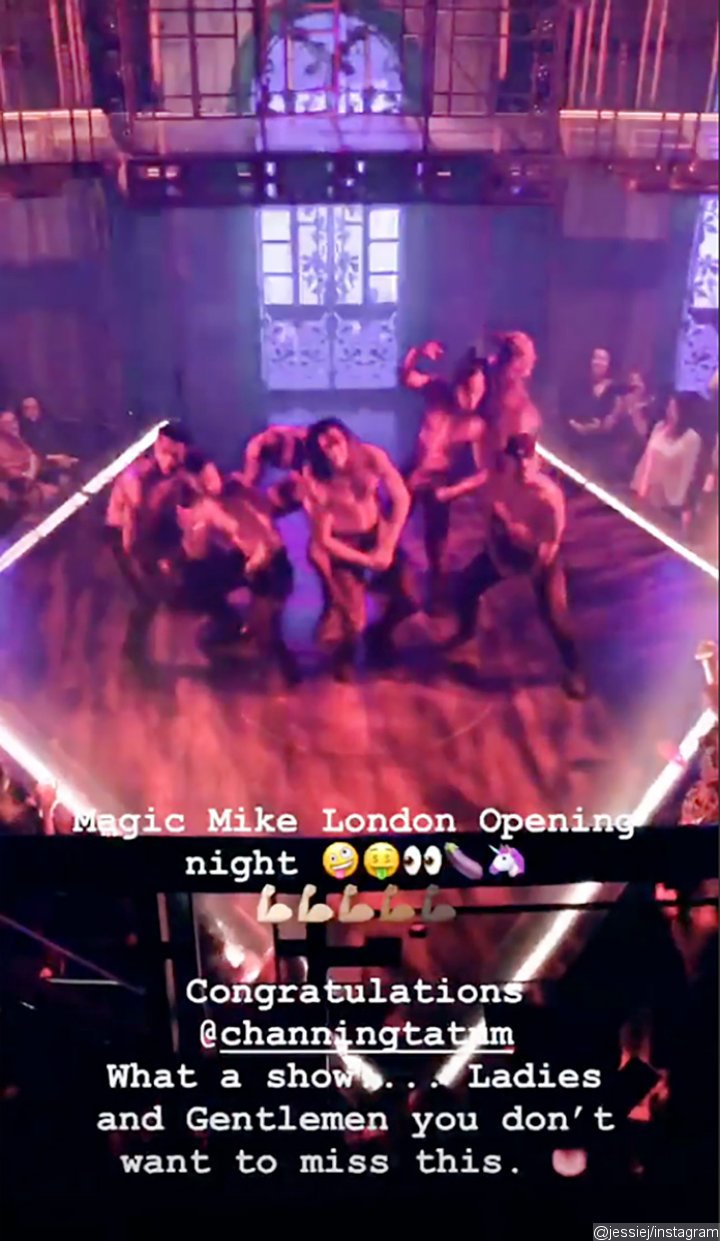 Jessie is currently touring around England after ending her North American leg in early of this month. On November 1, Channing was seen taking her daughter Everly to Jessie’s last tour stop in the U.S. in Los Angeles. The “Hail Caesar” star arrived at the Wiltern Theater with his five-year-old daughter in his arms.

Channing was first reported dating Jessie in October, months after announcing her split from his wife of eight years Jenna Dewan in April. It was said that their romance had been going on for a couple of months. “It’s new, casual and they’re having fun together,” a source told Us Weekly.

Jenna has also moved on by dating actor Steve Kazee. Unlike Channing and Jessie who have kept their relationship private, Jenna and Steve are not shy to show their affection in public. They were flaunting PDA during an outing in Palm Springs, California on November 2.