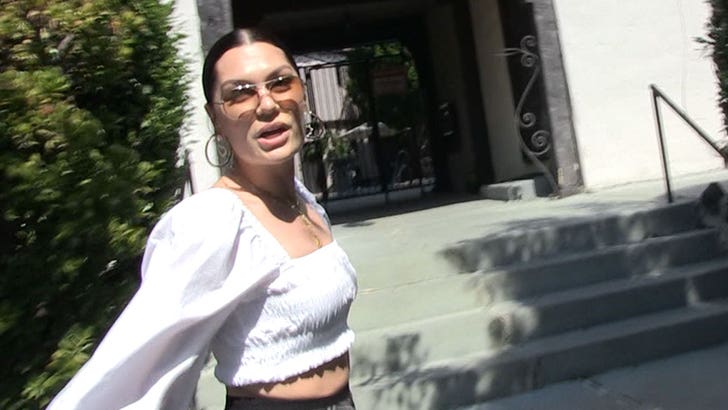 Jessie J is glad Prince William spoke out against racists targeting Black players on England’s soccer team after their championship loss — she says it’s a sign of great progress.

We got the English singer Tuesday leaving Crossroads Kitchen in L.A. and asked her if William’s comments show the Royal Family learned from the recent racism scandal with Meghan Markle.

As we reported … England’s soccer officials also condemned the racial abuse directed at their players after missed opportunities during England’s penalty shootout with Italy in Sunday’s Euro 2020 championship match.

Jessie says racists are just using the game as an excuse to spread hate, but she’s encouraged by those coming to the players’ defense … and she wants the Royals and everyone in England to continue having tough conversations on racism.