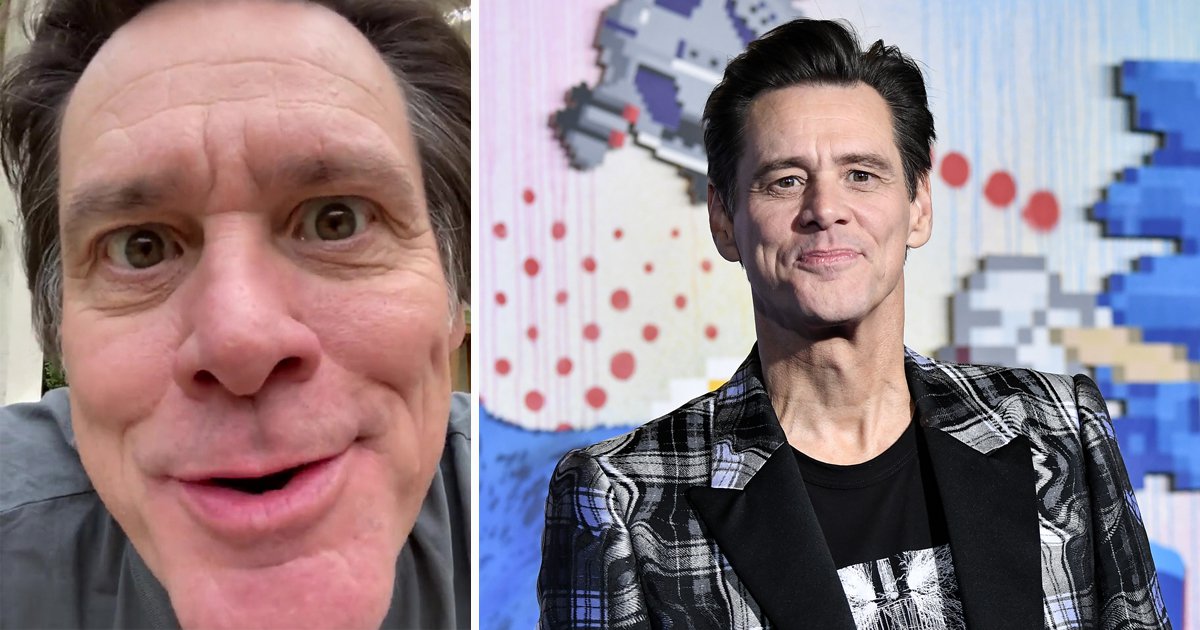 Jim Carrey is celebrating his milestone 60th birthday in his own inimitable way, as the comedy actor shared a hilarious video to mark the occasion.

The Sonic star took to Twitter to share a close-up video of him pretending to have no teeth and smacking his lips together as he put on a fake elderly voice.

He told the camera: ‘I’m 60 and sexy! And tonight I’m having creamed corn and strained peaches.’

Fans soon flooded his replies with well-wishes, adding clips of him in iconic roles including The Grinch and The Mask.

They wrote: ‘HAPPY HAPPY BIRTHDAY JIM…Can’t believe you’re 60 man, that’s a big one, but no matter how old you are, you’ll always be the best man..HAPPY BIRTHDAY BUDDY…’

Others added: ‘What a cute video. HappyBirthday Jim Carrey. Live Long And Happily Ever After!!! Wishing you miles of smiles in the coming years. May all your dreams and wishes come true. I love you too Jim.’

Another joked: ‘Happy birthday to one of the funniest men to ever walk this earth. FYI you’re not old enough for creamed corn and strained peaches. You look great!’

Fans were loving seeing Jim mark the day in his typically caricaturish way, having been known for his energetic acting for over 30 years.

The Canadian–American star, born James Eugene Carrey, started out in Hollywood comedy clubs in 1983 before joining the cast of sketch comedy series In Living Color in 1990.

He made a name for himself as Ace Ventura: Pet Detective in 1994, before following it up with The Mask and 1995’s Ace Ventura: When Nature Calls, going on to star in many more blockbuster films over the coming years.