The comedian, 63, addressed how she landed herself in hot water with comments about Brexit Party leader, Mr Farage, in a recent podcast. Brand’s TV career has recently seen a resurgence with a spin-off for the Great British Bake Off and her new show How to Stay Sane in a Mad World. The Channel 4 star’s return came after the shocking remark, which was widely condemned and nearly led to an investigation by the Metropolitan Police.

The insensitive comment was made during the comedy talk show Heresy, which aired on BBC Radio 4.

It followed Paul Crowther throwing a £5.25 banana and salted caramel milkshake at Mr Farage during a campaign rally, in Newcastle, for the 2019 European elections.

Later the former Sky employee, who was sacked after the incident, pleaded guilty to common assault and causing criminal damage.

He was forced to pay £520 to Mr Farage for damaging his £239 lapel microphone, his dry-cleaning bill and compensation for distress and inconvenience. 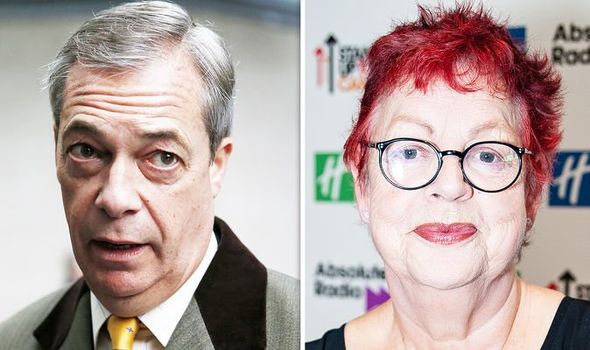 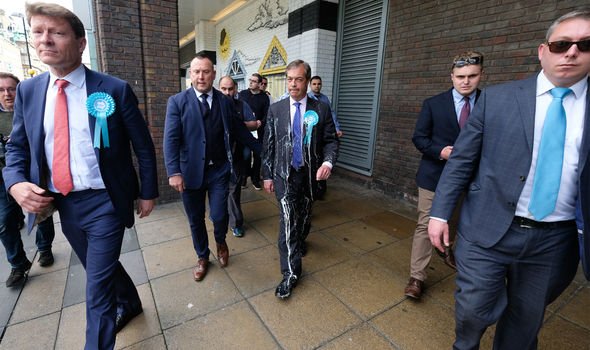 Mr Crowther was also ordered to carry out 150 hours of unpaid work by district judge Bernard Begley, who described the act as “crass stupidity”.

Following the incident on May 20 last year, Brand made a joke about the spate of milkshake attacks upon politicians.

She said: “I’m thinking: why bother with a milkshake when you could get some battery acid? 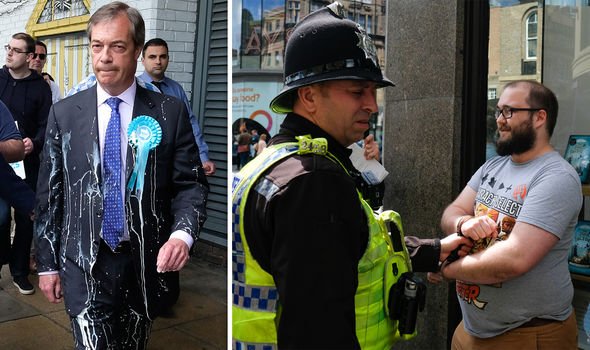 “That’s just me. I’m not going to do it. It’s purely a fantasy, but I think milkshakes are pathetic, I honestly do, sorry.”

Later, Mr Farage complained Brand should not have joked about something so serious and encouraged the police to take action.

The Metropolitan Police were said to have “briefly considered launching an investigation” by The Guardian last year, but ultimately decided against it.

After a surge in complaints about Brand’s joke, the BBC edited it out from the show, which had been uploaded to iPlayer. 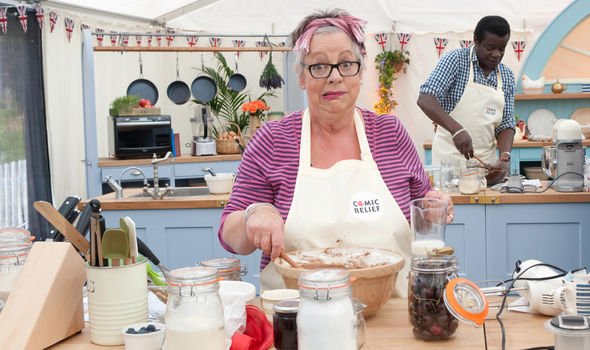 Brand also commented that the joke was “somewhat crass” after she was confronted online about the remarks.

She expressed regret over her choice of words and revealed the difficulties she faced after it, on the Out to Lunch with Jay Rayner podcast, in October.

Brand explained that it was “unbearable” when some individuals implied that her joke could be seen as endorsing or at-worst inciting acid attacks. 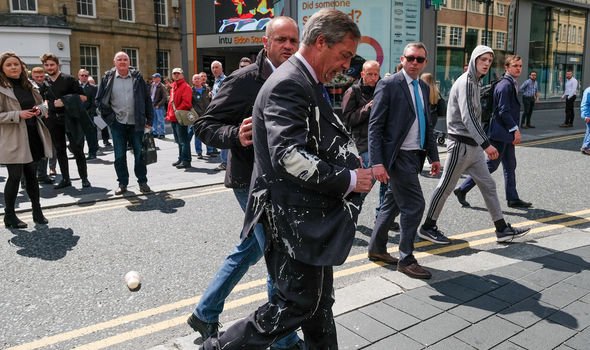 She said: “That made me feel absolutely awful, really terrible. I would have quite happily body-swerved that few months of my life to be honest.”

Brand clarified that the intention of her joke was merely to poke fun at the ridiculous spate of milkshakes attacks against politicians – not to incite any form of violence.

She added: “I am quite an adolescent really. I like to be quite childish. Every now and then, it’s not deliberate, I end up doing things that annoy people… It was so obviously a joke.”

Jo Brand appeared on the podcast Out to Lunch with Jay Rayner, which was released on September 22 and is available here.