Growing together? Dolores Catania weighed in on what she thinks Joe Gorga is afraid of in his marriage now that Melissa Gorga is more independent.

“They’re going through something where she’s growing and he’s afraid of losing the traditional marriage,” the Real Housewives of New Jersey star, 50, exclusively told Us Weekly on Thursday, May 6. “[He’s] not, once he realizes that even letting her grow isn’t going to change the love that they have for each other. …[But] he’s scared. Joe has it in his mind what life is supposed to be like.”

While Dolores does believe that Joe, 41, is still learning to “embrace” the new changes in his life, she doesn’t think he purposely projected his worries onto her relationship with David Principe. 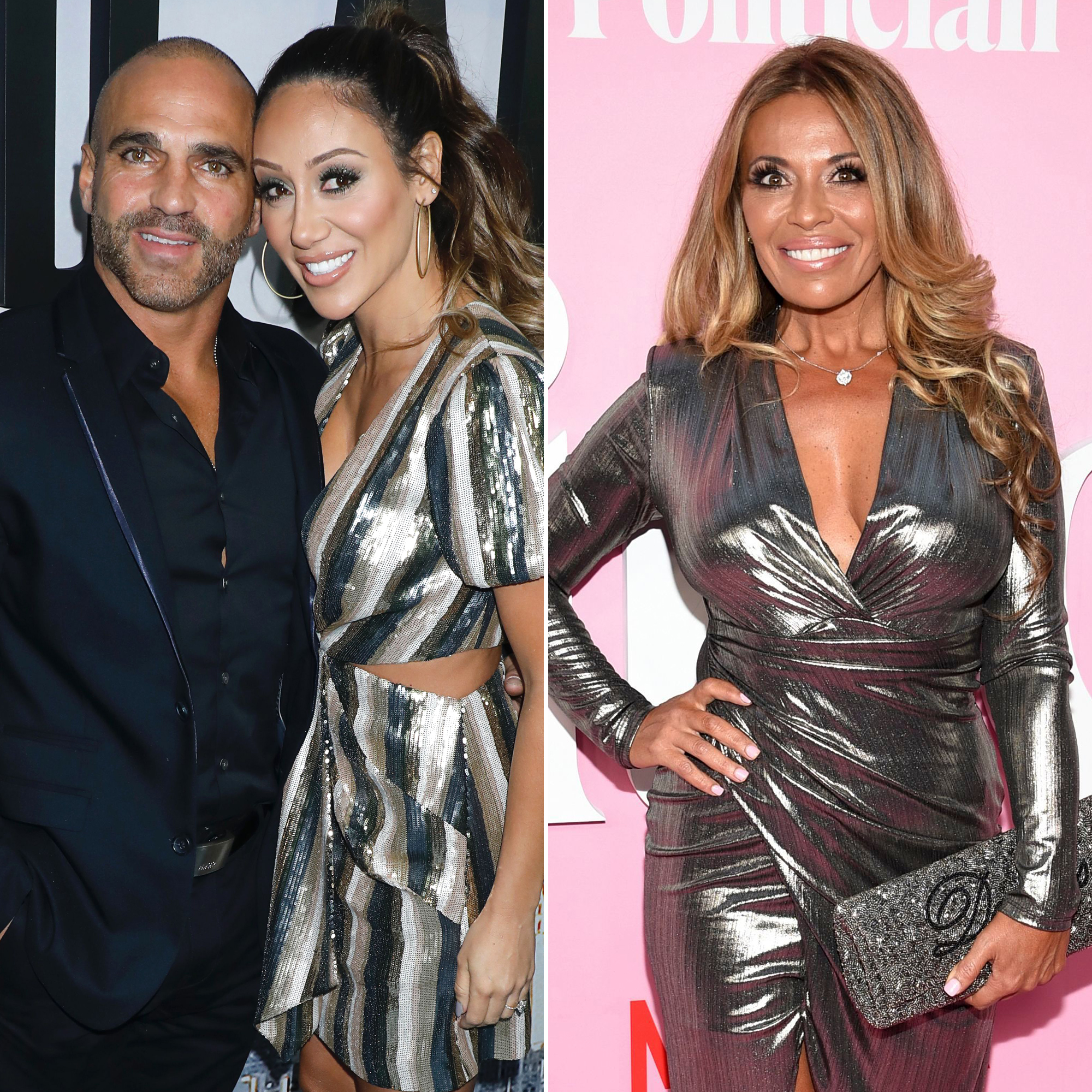 During the April 28 episode of RHONJ, Joe called Dolores a “broken woman” when it came to her choosing not to rush into marriage with David, 56, after dealing with infidelity in her past relationship with Frank Catania.

Former ‘RHONJ’ Stars: Where Are They Now?

She continued: “He was just trying to say, ‘How could you want that?’ Because he can’t understand why somebody would want that. It’s still a sign of love. It doesn’t mean somebody loves you any less because they give you the freedom in a relationship.”

Dolores does think that the couple, who have been married since 2004, are comfortable in their relationship and will have a good future together.

“I think they’re secure. I think that they’re ok. They’ll be fine. It was hard to see, but I always had a lot of faith that they would get through it,” she explained.

Couples Who Survived the Reality TV Curse (So Far)

The Bravo personality wasn’t the first costar to share her thoughts on Joe’s possible fears in his marriage. Margaret Josephs recently told Us why she thought Joe is “insecure” when it comes to his wife.

Regardless of the obstacles that Joe and Melissa, 42, may be facing on season 11 of The Real Housewives of New Jersey, a source previously told Us that the pair love each other very much.

“At the end of the day, they’re like Bonnie and Clyde — they’re a package deal and have to be together for the show,” the insider said in April. “They do love each other immensely, but they’re finally just sharing with viewers that they have issues they have to work through. … They’re not a perfect couple.”

The Real Housewives of New Jersey airs on Bravo Wednesdays at 9 p.m. ET.

With reporting by Christina Garibaldi