Dianne took to her Instagram page to document the quartet’s trip to Brighton, while Joe shared clips on his Youtube vlog.

In various videos, Joe and Dianne could be seen showing Andrew and Mel around Brighton beach and its surroundings.

Dianne later shared a selfie of the group with her 761,000 followers.

He gets a little bit jealous and possessive doesn’t he your brother?

She commented: “Soooo the Broski is here and It was the 1st day of many fun filled adventures.”(sic)

Today, the two couples also enjoyed a trip to the Jurassic Coast, with Joe on driving duties.

The Youtube star shared a picture of the group surrounding his camper van, which he refers to as Chippy.

He wrote: “Road trippin’ feel like a proud dad whenever I drive a long way and Chippy doesn’t break down,” followed by a crying with laughter emoji.

Dianne took to her Instagram story to share videos of the pair singing along to music during their drive, while Andrew and Melski took a backseat.

The red-haired beauty later shared loved-up snaps and clips of the duo. 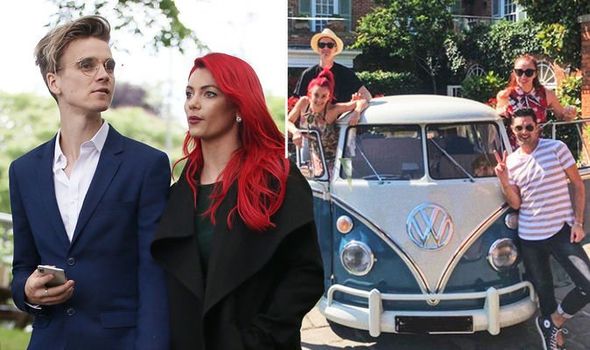 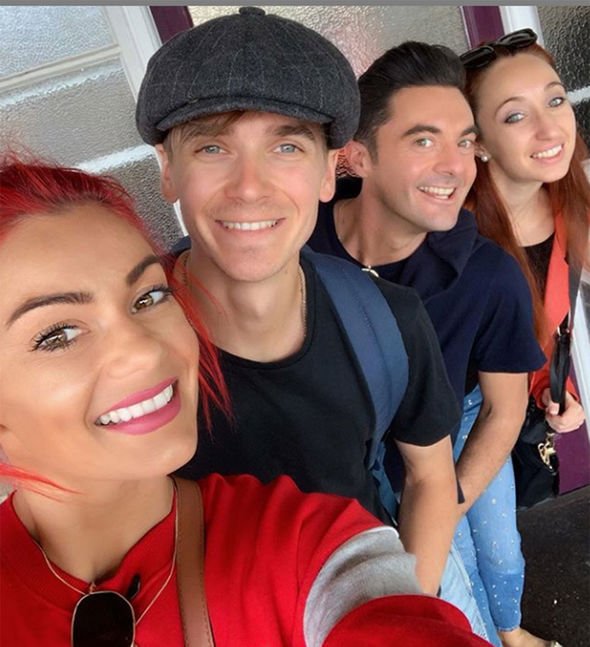 In one picture, she wrapped her legs around Joe as they stood on a bridge.

She wrote: “My knight in shining denim and black with a cool hat on.”

Joe and Dianne appeared on the show to promote their upcoming tour, but the conversation soon turned onto the pair’s relationship.

Simon’s co-host Tim Lovejoy, 51, acknowledged Joe had met Dianne’s parents and quizzed if she had met his brother.

“No, but I’ve spoke to him a few times, I’m excited yeah,” Joe replied. 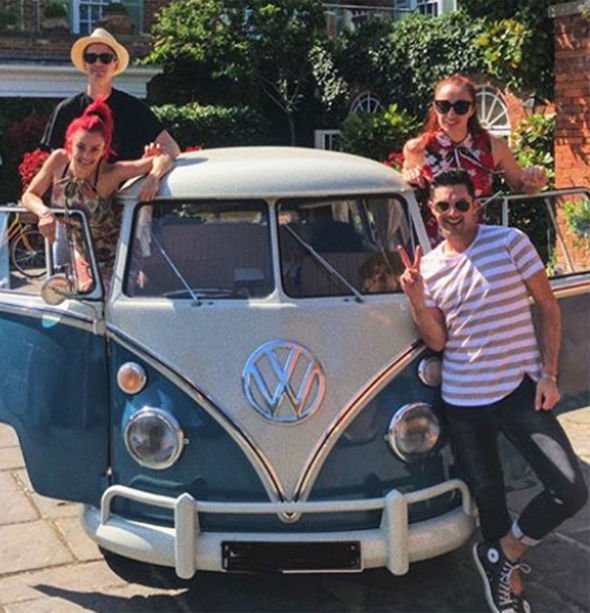 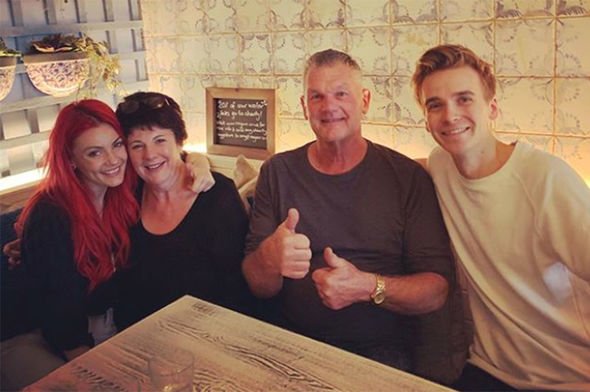 Simon jokingly added: “He gets a little bit jealous and possessive doesn’t he your brother?”

Simon then jokingly warned Joe to “be careful” of her sibling, prompting him to laugh.

Elsewhere, Joe and Dianne confirmed their relationship back in February after weeks of speculation.

The duo got to the final of Strictly Come Dancing last year, which was later won by Stacey Dooley, 32, and Kevin Clifton, 36.