Senator John McCain has decided to discontinue medical treatment as his brain cancer progresses, his family announced in a statement on Friday, August 24.

“Last summer, Senator John McCain shared with Americans the news our family already knew; he had been diagnosed with an aggressive glioblastoma, and the prognosis was serious. In the year since, John has surpassed expectations for his survival. But the progress of disease and the inexorable advance of age render their verdict,” the statement reads. “With his usual strength of will, he has now chosen to discontinue medical treatment. Our family is immensely grateful for the support and kindness of all his caregivers over the last year, and for the continuing outpouring of concern and affection from John’s many friends and associates, and the many thousands of people who are keeping him in their prayers. God bless and thank you all.”

The 81-year-old announced that he was diagnosed with a cancerous brain tumor in July 2017. The six-term Arizona senator, who ran for president against Barack Obama in 2008, revealed in September that his prognosis was “very poor.”

Members of the McCain family, including John’s wife, Cindy, and his 33-year-old daughter, Meghan, thanked everyone for their support after they released the statement.

“My family is deeply appreciative of all the love and generosity you have shown us during this past year,” Meghan tweeted on Friday. “Thank you for all your continued support and prayers. We could not have made it this far without you – you’ve given us strength to carry on.” 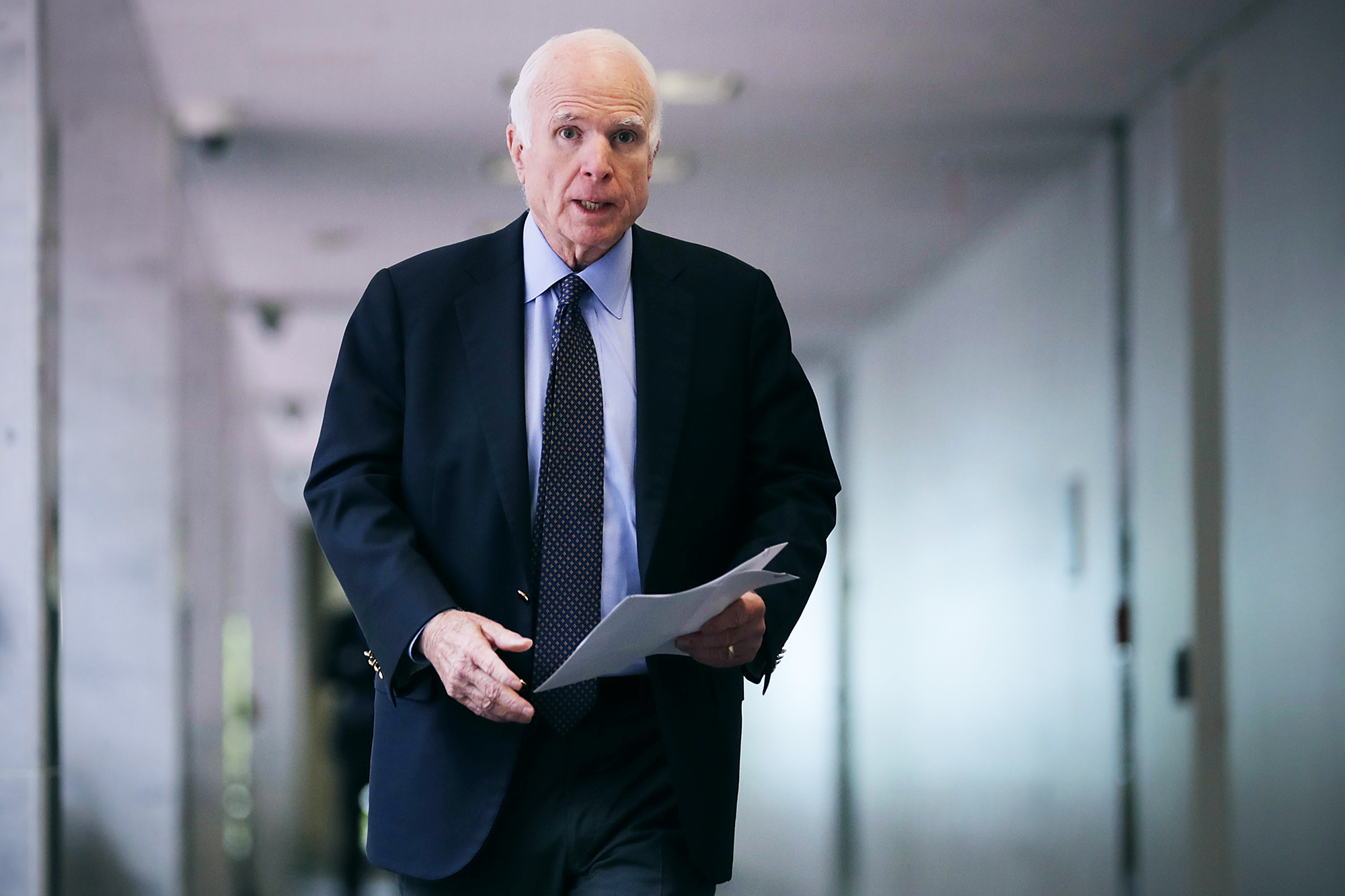 Cindy added: “I love my husband with all of my heart. God bless everyone who has cared for my husband along this journey.”