The family of John McCain is speaking out following an insensitive comment that White House aide Kelly Sadler allegedly said regarding Senator McCain’s ailing health on Thursday, May 10.

According to a CBS News source, Sadler’s remark came during an internal White House meeting on Thursday morning where she joked that “it doesn’t matter” because “he’s dying anyway,” while talking about McCain’s opinion of intelligence officer Gina Haspel.

And it didn’t take long for the Arizona senator’s family to respond. McCain’s wife, Cindy, directed a tweet to Sadler later that same day which read, “May I remind you my husband has a family, 7 children and 5 grandchildren.” 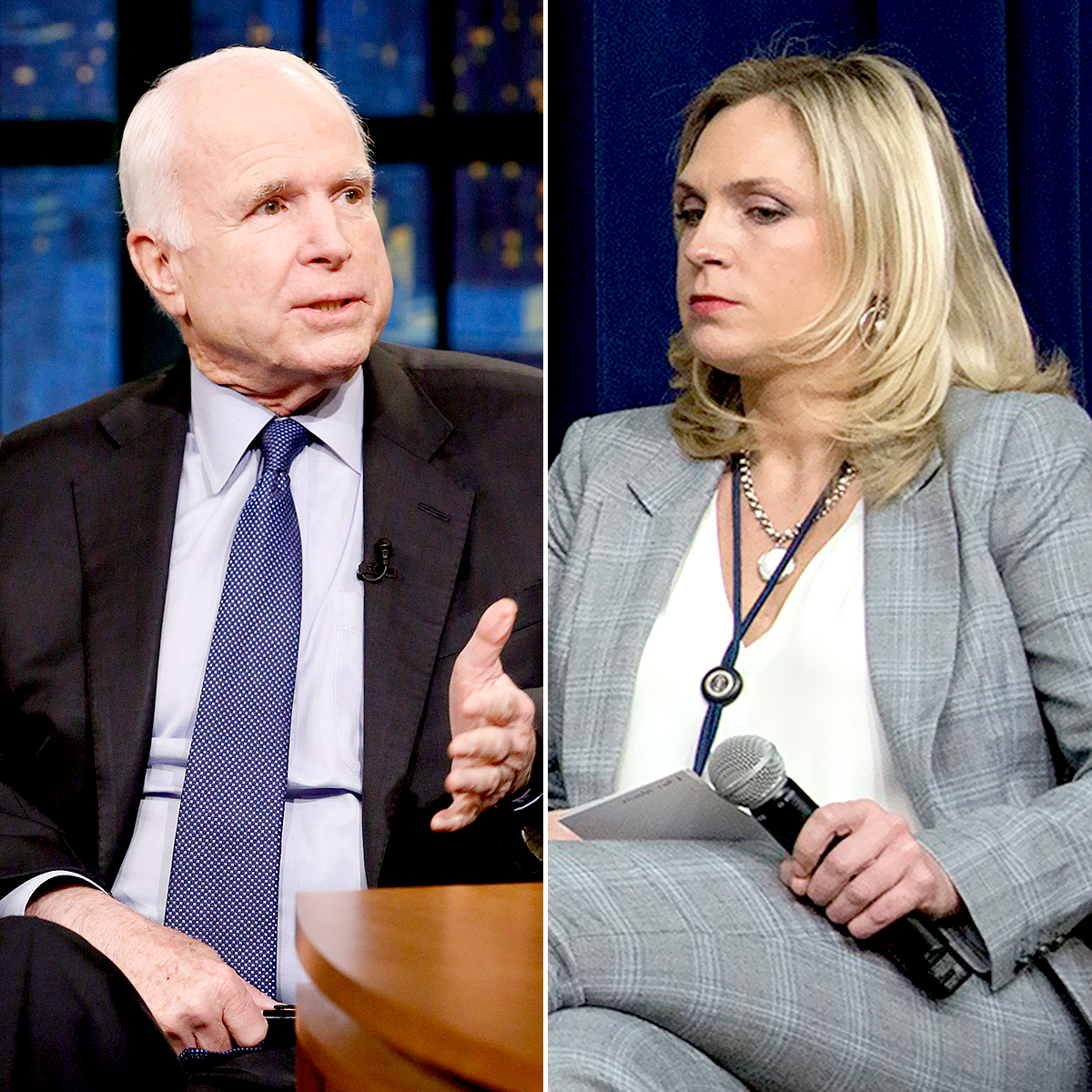 “So the first thing I want to say is,” Meghan began during the Friday, May 11, opening of The View. “Don’t feel bad for me or my family. We’re really strong. There’s so much more love and prayer and amazing energy being generated towards us than anything negative at all. My dad’s actually doing really well right now. And I believe in the power of prayer and I think it’s helping. So I want to thank the positivity of people for that.”

The 33-year-old political TV personality then added, “Kelly, here’s a little newsflash — and this may be a bit intense for 11 o’clock in the morning on a Friday — but we’re all dying. I’m dying, you’re dying, we’re all dying.”

The White House issued a statement to The Hill later Thursday which read: “We respect Senator McCain’s service to our nation and he and his family are in our prayers during this difficult time.”

The 81-year-old senator first revealed his brain cancer diagnosis in July 2017. He was most recently hospitalized in April just two days after he underwent surgery for an intestinal infection.

“On Sunday, Senator McCain was admitted to Mayo Clinic in Phoenix, Arizona, and underwent surgery to treat an intestinal infection related to diverticulitis,” his office said in a statement at the time. “Over the last few months, Senator McCain has been participating in physical therapy at his home in Cornville, Arizona, as he recovers from the side effects of cancer treatment. He has remained engaged on his work as Chairman of the Senate Armed Services Committee and has enjoyed frequent visits from his family, friends, staff and Senate colleagues.”