He’s still got it! John Travolta tore up the dance floor with 50 Cent at a Cannes Film Festival event on Tuesday, May 15.

Onlookers shared videos on social media of the 64-year-old Grease star busting some impressive moves as the rapper performed “Just a Lil Bit.” Travolta can be seen bobbing his head side to side, clapping, shuffling his feet and saluting the crowd. 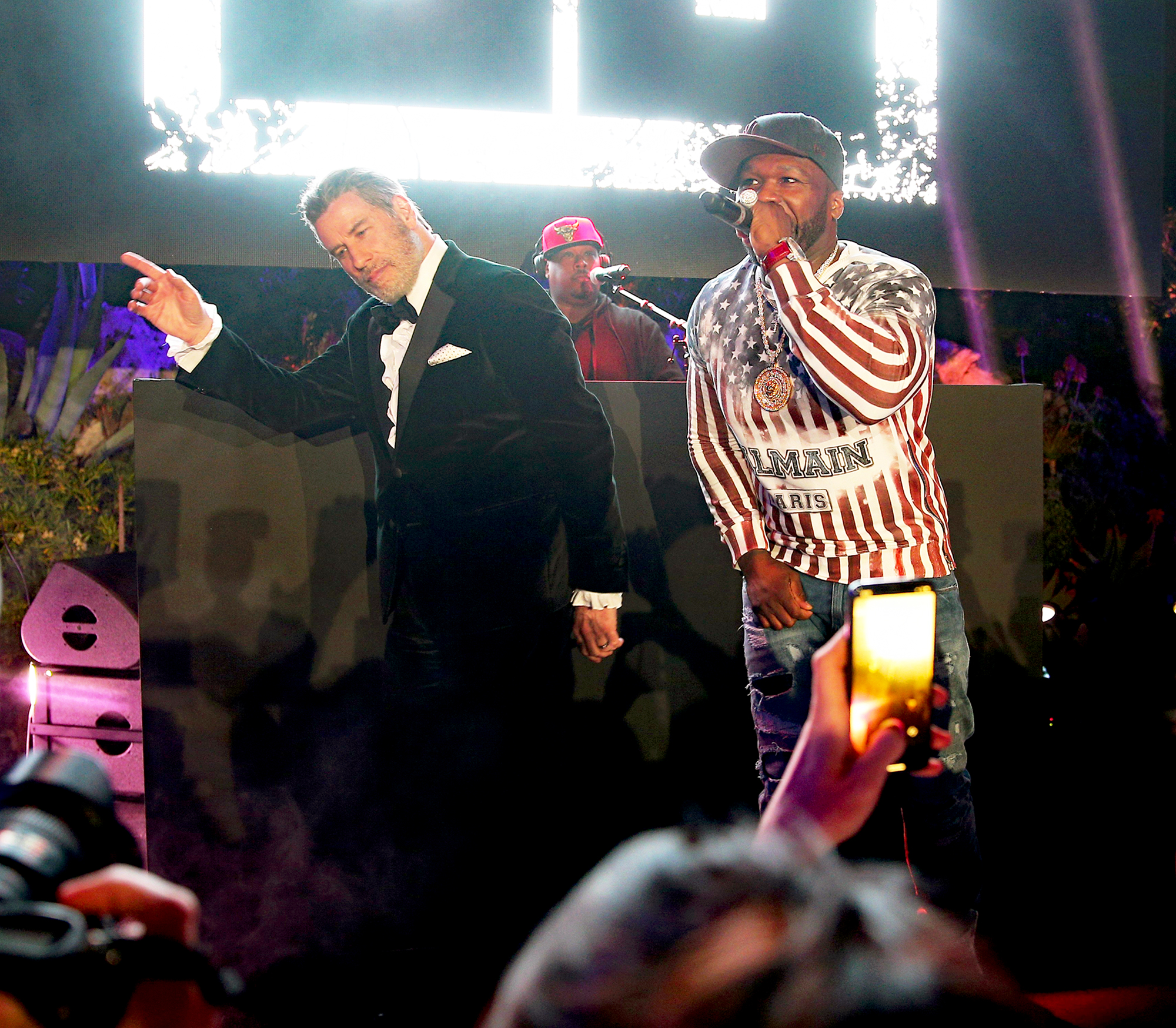 The “Candy Shop” rapper, 42, posted a clip of the memorable moment on Twitter Tuesday night. “Me and John Travolta partying,” he wrote. “I swear I only came out here because of him.”

The Saturday Night Fever actor promoted his new film Gotti with Kelly Preston at the festival earlier in the day. The real-life couple play John Gotti Sr. and Victoria Gotti in the movie. Travolta talked to Us Weekly exclusively about working with his wife of 26 years. “The family’s fascinating, and when you meet Victoria, she’s just like how Kelly played her. Just like how I am like Gotti. Very accurately played,” he told Us. “I think we go for, ‘Are we really suited for those characters?’ Because there’s nothing wrong with a husband and wife working together. Nothing. Except that it gets criticized if they’re miscast. If you have integrity to the casting, there’s nothing wrong with it.”

Travolta also recalled meeting the Jerry Maguire actress, 55, for the first time at a screen test. “We had an immediate chemistry, but she was married. She was married at the time,” the Oscar-nominated actor told Us, noting that he asked if she enjoyed marriage and she had said yes. “I thought, ‘Wow, wouldn’t it be’ … Nobody says they love being married. I said, ‘Wouldn’t that be great, to be married to someone who loves being married?’ So that was part of the … Where I felt like the first connection was, other than the obvious admiration.”