John Travolta Mourns Kelly Preston On 1st Mother’s Day Since Her Death: ‘We Love & Miss You’

Nearly a year after Kelly Preston’s death, John Travolta and their three kids celebrated their first Mother’s Day without her.

John Travolta is continuing to mourn the loss of his late wife, Kelly Preston, after her July 2020 death. May 9 marked the family’s first Mother’s Day without Kelly, and John took to Instagram to post a touching tribute, WHICH YOU CAN SEE HERE. First, he shared a photo of himself, Kelly and two of their kids, Ella Travolta and Benjamin Travolta, all laying in bed together. He also shared a shot of himself, Kelly and their son Jett Travolta, who died at the age of 16 in 2009. “Dearest Kelly, you brought into my life three of the most wonderful children I have ever known,” John wrote. “Thank you. We love and miss you. Happy Mother’s Day.”

Kelly sadly died after a private, two-year battle with breast cancer in July 2020, leaving behind John, Ella, 21, and Benjamin, 10. She was just 57 years old at the time of her death. John has been dealing with the grief of losing Kelly for nearly a year now, and recently opened up about how hard it’s been.

“I have learned that mourning someone is personal,” John said at the end of April. “Mourning is individual and experiencing your own journey is what can lead to healing. The most important thing you can do to help another when they are in mourning is to allow them to live it and not complicate it with yours.” John and Kelly were married for 19 years at the time of her death. 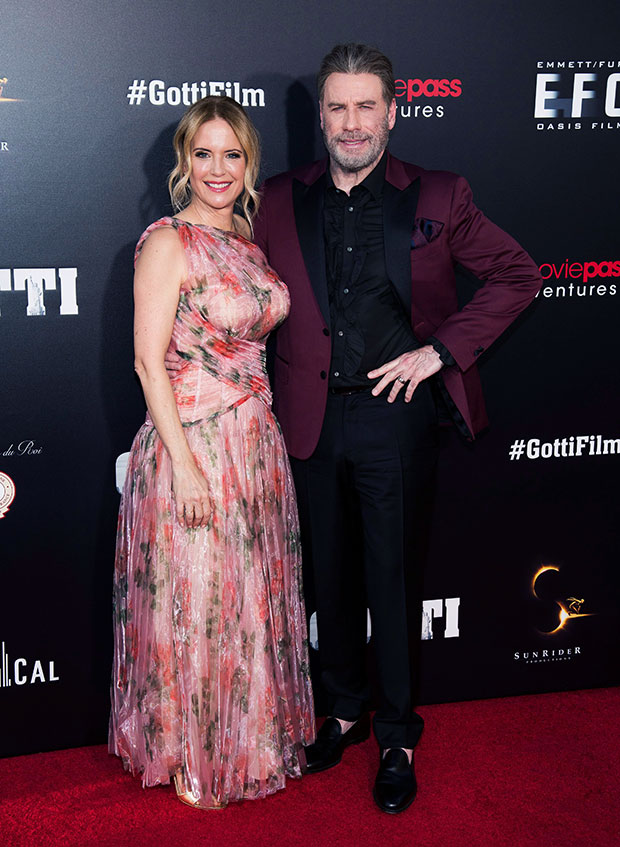 The actor has been a rock for his two remaining children following their family tragedy. In honor of John’s birthday in February, Ella took to Instagram to write a touching message to her father, which showed just how important he is to her. “You are not only the best dad ever, but you are also my best friend,” She gushed. “Thank you for raising us, helping us and loving us and thank you for all of the good you do every day. The world is so lucky to have you and so are we.”