Johnny Depp accused his ex-wife Amber Heard in court papers of ‘punching him twice in the face’ for being late to her birthday party in April 2016.

The 55-year-old Hollywood legend made the allegations as part of a libel lawsuit against the Sun newspaper in the High Court, according to an article on Tuesday by the Mirror.

Depp sued after an April 2018 report branded him as a wife beater and criticized his casting in the Harry Potter spin-off Fantasitc Beasts: The Crimes Of Grindelwald. 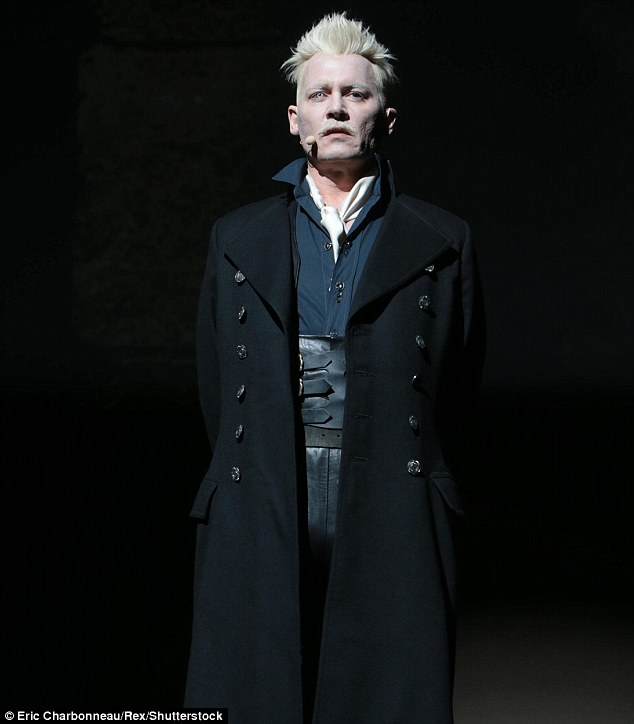 Domestic violence: Johnny Depp, shown earlier this month at Comic-Con in San Diego, claimed in court documents that his ex-wife Amber Heard punched him in the face in 2016

Heard, 32, allegedly ‘began criticising the claimant for being late,’ according to court papers.

The documents added that Depp was ‘not drunk or high on drugs’ and was in bed when ‘Ms Heard, who had been drinking, became aggressive and violent… punching him twice in the face’.

The Edward Scissorhands star ‘defended himself by grabbing Ms Heard’s arms to stop her punching again and told her to stop,’ according to the court filing. 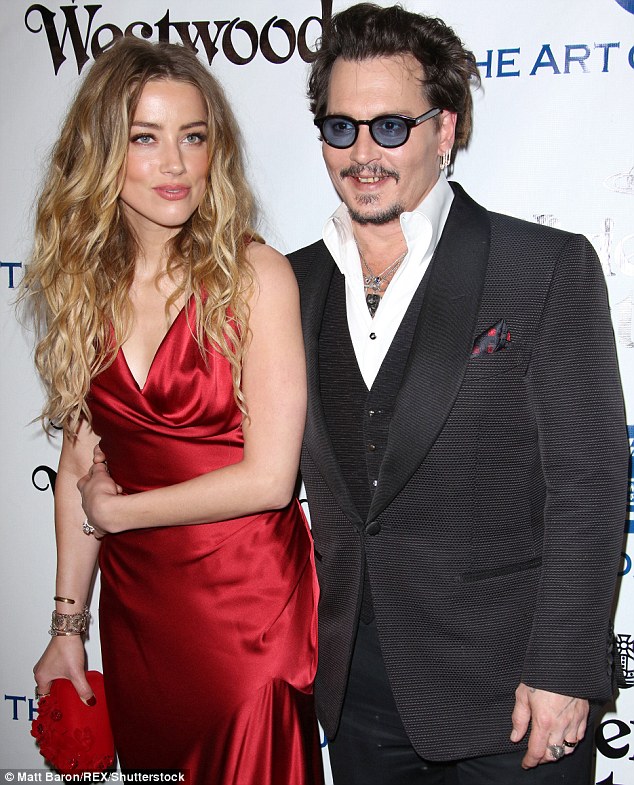 Former couple: Amber and Johnny, shown in January 2016 in Los Angeles, got married in 2015 after meeting on the set of The Rum Diary in 2011

‘He pushed her away on to the bed and told her he was leaving and that she should not follow him,’ the papers added.

Depp’s team also referenced a May 2016 argument that Heard cited in her request for a restraining order against her estranged husband after filing for divorce.

Heard in her restraining order request alleged that Depp ‘violently attacked’ her in their Los Angeles penthouse apartment and threw a cellphone that struck her in the face with ‘extreme force’. 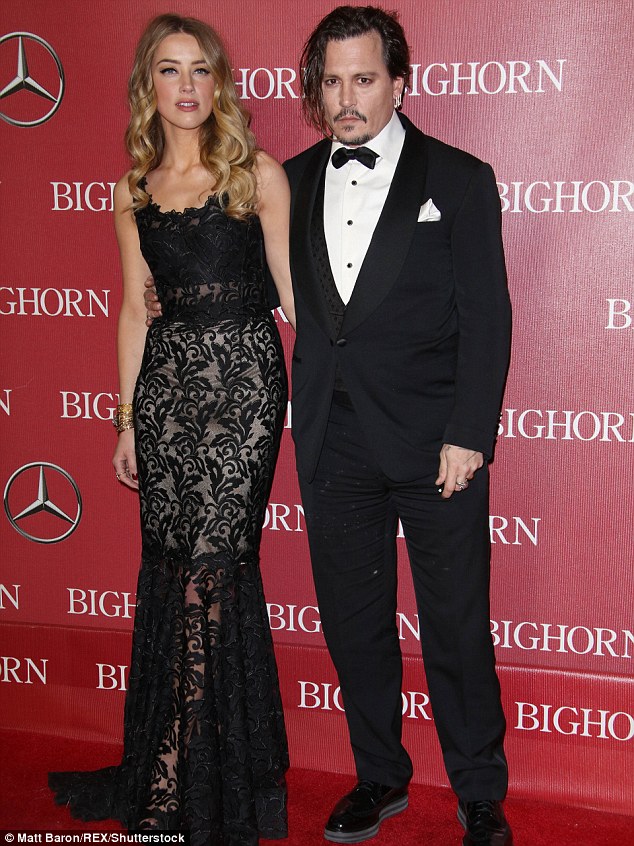 Stormy relationship: Johnny and Amber, shown in January 2016 in Palm Springs, California, finalized their divorce in 2017

Photos later emerged of Heard with bruises on her face.

Depp in his recent court filing submitted depositions from two police officers who said they saw no marks on Heard when they arrived on the scene.

‘When one of the officers asked Ms Heard what had happened she responded ”nothing”,’ the documents added. 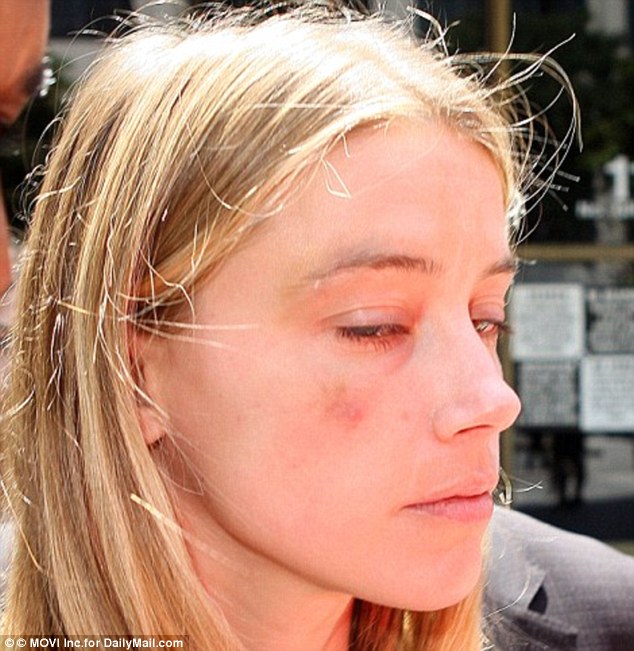 Facial bruises: Amber had bruises on her face allegedly from being struck by a cellphone while leaving court in May 2016

‘The security observed [Depp] standing in the kitchen, far away from Ms Heard. At that moment, Ms Heard yelled, ”Stop hitting me, Johnny” into the phone. The claimant was not hitting Ms Heard. Ms Heard was about 25 feet away,’ the court documents claimed.

An attorney for Heard strongly challenged the claims made in Depp’s court filing. 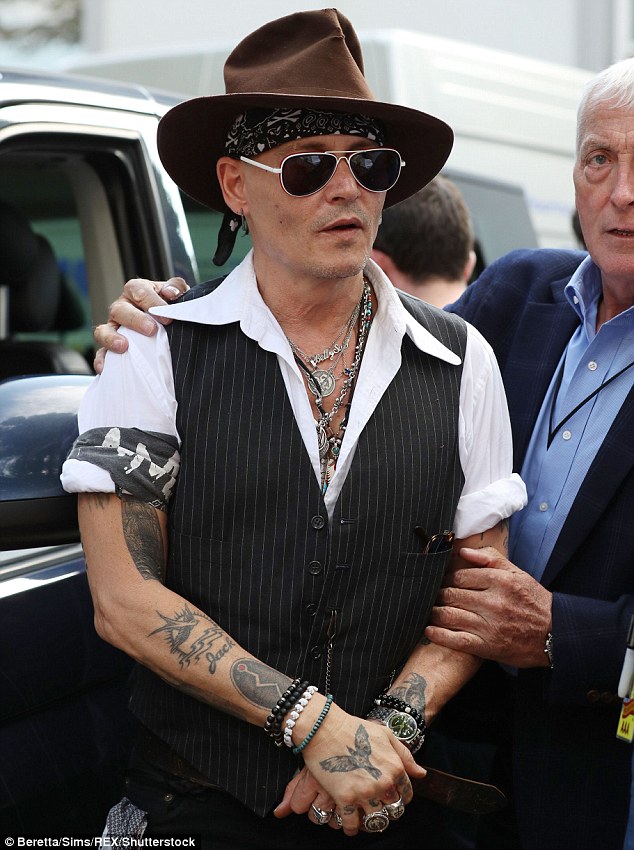 Far away: Johnny, shown earlier this month in London, submitted court documents claiming that his security guards witnessed him being ‘far away’ from Amber when she claimed to be hit

‘These allegations are totally false. One needs only read the recent Rolling Stone article about Mr Depp and the lawsuit filed against him by a location manager, among many other recent news stories and lawsuits, to understand his state of mind,’ the attorney told the Mirror.

Depp and Heard met in 2011 while filming The Rum Diary together.

They were married at their Los Angeles home in 2015 and she filed for divorce in May 2016.

Their divorce was finalized in January 2017 after they reached an out-of-court divorce settlement. 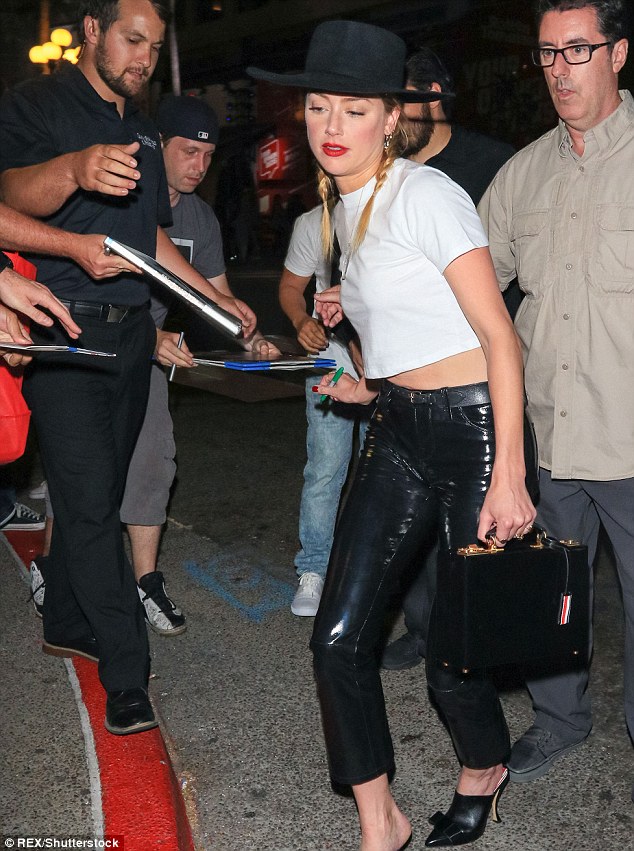 Hollywood star: Amber, shown at Comic-Con earlier this month, can be seen later this year in Aquaman