After spending one month dating ‘the most beautiful perfect person in the world,’ JoJo Siwa celebrated her anniversary while introducing everyone to the woman who captured her heart.

“After being my best friend for over a year, [on] January 8th, 2021, I got to start calling this exceptional human my Girlfriend,” JoJo Siwa wrote on Monday (Feb. 8). For the first time since revealing she had a girlfriend, JoJo, 17, shared an Instagram gallery featuring pictures of her alongside the woman, named Kylie, who captured her heart. From having a Grinch-themed adventure during Christmastime to posting next of a cardboard cut-out of a Michael Scott Funk Pop, to cuddling in the back of a car, JoJo and Kylie looked like they were having a fun time being happily in love.

Since JoJo and Kylie decided to take the next step and start dating, the Dance Moms alum has been “the happiest I have ever been!” she wrote. JoJo added that her girlfriend is “the most loving, supportive, happiest, protective, and just the most beautiful perfect person in the world. And I get to call her mine! Happy one month to my girl! I love you more and more everyday!” In addition to this Instagram post, JoJo shared a TikTok of her with her girlfriend. “I did it!! My human. It’s been 1 month since my best friend asked me to be her girlfriend, and it’s been the best month ever. I love you.”

I did it!!😭❤️ my human. It’s been 1 month since my best friend asked me to be her girlfriend, and it’s been the best month ever. I love you☁️

JoJo first spoke about Kylie during the Feb. 3 episode of The Tonight Show Starring Jimmy Fallon. “I do have the most amazing, wonderful, perfect, most beautiful girlfriend in the whole world,” JoJo told Jimmy Fallon. “It’s not something I’m ashamed of. I just haven’t shown the Internet yet.” JoJo also shared that it was Kylie who encouraged her to go public with her sexuality. After JoJo posted a TikTok of her lip-syncing to Lady Gaga’s “Born This Way,” a move that many took to be an informal coming out, JoJo took a picture of her wearing a t-shirt that read “Best. Gay. Cousin. Ever.” Before posting the photo to her socials, she chatted with her girlfriend about whether to share it or not.

“I was on FaceTime with [my girlfriend] talking about all the love that came in, but I still hadn’t actually confirmed it,” she said on Fallon. “So I was like…I kind of just want to post this picture on my real story. And she was like, ‘Do it!’” 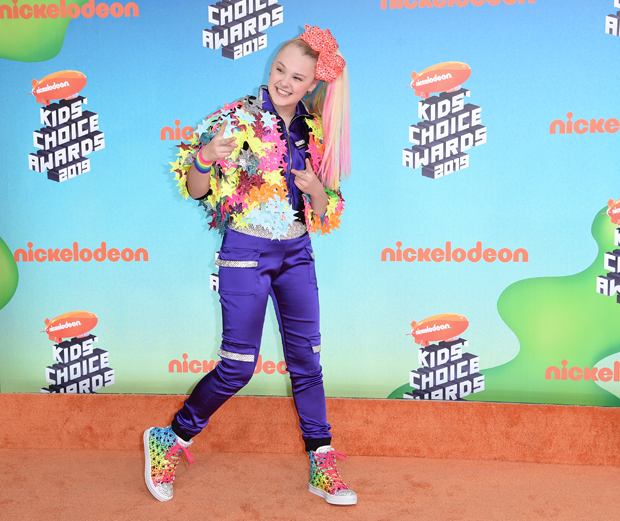 JoJo also spoke about her decision to come out. Though she knew that, even in 2021, going public with her sexuality could put her career at risk. Thankfully, that hasn’t been the case, and she’s felt love and support from her fans, family, and friends. “[B]ut if I lost everything that I created because of being myself and loving who I want to love, I don’t want it,” she said. “That’s not what I want if I can’t love who I want to love. That’s one of the most important things to me. About ten minutes before this interview, I was on the phone with [her], and I started crying. I’m like…I’m just so happy I get to share what makes me happiest with the world. It makes my heart so happy.”