Jordin Sparks was revealed as the Exotic Bird on ‘The Masked Dancer.’ HL spoke EXCLUSIVELY with the singer about her reunion with ‘American Idol’s Paula Abdul and more.

Jordin Sparks was the latest celebrity to be unmasked on The Masked Dancer. The American Idol winner and singing sensation was revealed as the Exotic Bird during the Feb. 3 episode of the show. Being the Exotic Bird reunited her with Paula Abdul, who was one of the judges when Jordin won season 6 of American Idol.

HollywoodLife talked EXCLUSIVELY with Jordin about why she signed on to do The Masked Dancer. She admitted she was “scared” at first but is so glad she went on this journey. Jordin also admitted that her “jaw dropped” when Paula actually guessed her during the show, and her performance of Paula’s song was by far her most “nerve-wracking performance.” Read our Q&A below: 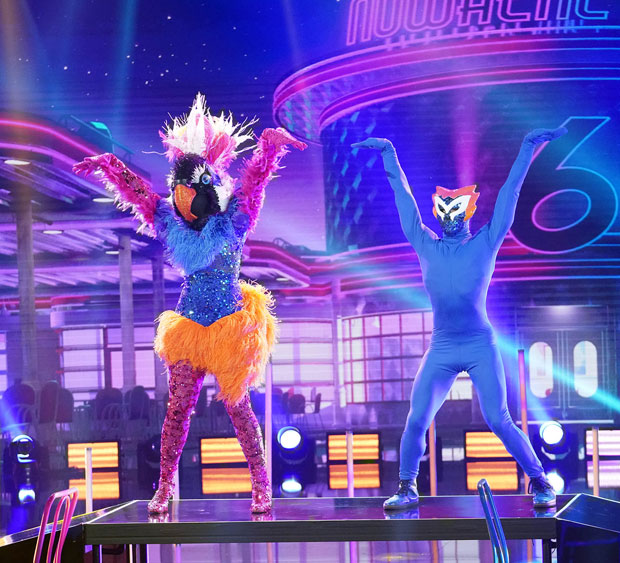 Why did you want to do this show?
Jordin Sparks: I wanted to do this show because it scared me. When it got sent over the first time, I was like, I’m the only person telling myself that I can’t do this. When it came through in the email, my husband was like, you should do it. My team was like, you should do it. And I was like, I’m not sure. It took me a couple of weeks actually, to be honest with you, to say yes. I just kept going back and forth. Should I be doing this? Can I do this? And then I finally got to the point where I was like, why do I keep saying that? I’m going to do it because it scared me. When I tell you I was a little bit scared the whole time, I was. But I had so much fun. I’m so happy that I said yes and that I signed on to do it. It was very freeing. It was really cool to prove to myself that I could I can take on any challenge, even if it scares me a little bit.

What was it about the Exotic Bird that stood out to you?
Jordin Sparks: Well, first of all, I love the colors. I’m naturally just like a really sunny and bright person. So I walked in and saw the colors. I was like, this is amazing. In the fitting, the more that each piece kept getting added I literally would just fall out in front of the mirror. I was so excited to see it all come together. Once we finally had the mask, I became Exotic Bird. I was able to become her, and Exotic Bird has this freedom that we all look for in certain ways, especially when something isn’t our bread and butter. I know that I can sing a song. You give me a microphone, I’m good to go. But dancing is not my profession. I love to do it, but I’m not sure if I can make this the way I want to make it. But being able to be behind that mask and have the freedom of being anonymous was so much fun. It was so nice to just be able to have fun and have a good time. It was great to be on stage again, especially because of the year we had and all of that. Even though I wasn’t singing, it was just nice to be performing.

What was it like performing in the costume?
Jordin Sparks: Everything was great. The bodysuit was great. My shoes were awesome. I had a whole bunch of options for shoes and they all fit, so I didn’t have to worry about that. There were cool little changes in it and additions depending on the song that I did, but the hardest part definitely was the mask. At first, I was concerned about whether or not I was going to be able to see in this thing. I didn’t try on the mask until maybe a few days before we actually started getting on stage. I was nervous because I was like, what if I need more time to get used to it? But it was like, well, you better get used to it. We’re on stage in two days. The show must go on. It was a little bit difficult, and it presented a few challenges over the course of the season. Some things were a little too heavy. One of the things snapped in the back that kept the helmet attached to my head. They were going to glue it, and then I couldn’t get it on and it broke again. There were just all the things, but it was okay. I was just like, I get the opportunity to do this. Even though the mask is doing this, there’s nothing that we can do. We’ve got to perform. So if it comes off, that’s what happens.

The Masked Dancer gave us a little American Idol reunion with you and Paula. She also guessed you! How did it feel to reunite with her on another show?
Jordin Sparks: It was incredible. I didn’t know who the judges were until we were on the show already rehearsing. When they told me Paula was one of them, I just was like, I love Paula. I can’t believe I’m going to see her. I can’t believe I’m going to be on stage again, and she’ll be sitting at the panel again. I had a feeling that she was going to know with me. She has been so kind to me over the years that there’s kind of this bond between us. So I was like, she’s going to know. That meme or TikTok that’s going around where someone says “nobody’s gonna know. No, they’re totally gonna know,” that’s what it felt like in my mind. When I was standing there the first time she said my name, I’m so happy y’all couldn’t see me because my jaw dropped in my mask. She really guessed me. I was so impressed with Paula, and I was so happy that I was able to do another show with her again. It was great. 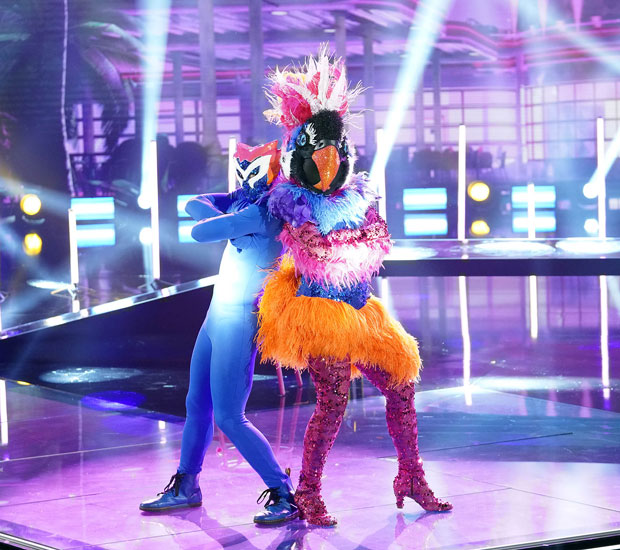 And you danced to one of Paula’s songs!
Jordin Sparks: We did “Opposites Attract.” One of the clues for my performance was doing a Paula song, like the connection between me and Paula. When that song comes on, I can’t help but groove. I was like, I would love to honor her that way. I think that one was actually my most nerve-wracking performance because it was her song. I really wanted to do it justice.

Do you think you could do The Masked Singer, or do you think your voice is too recognizable?
Jordin Sparks: I don’t know. I’ve been thinking about it. I haven’t been approached for it or anything, but it would be really cool to do because I like to mimic and change my voice. Obviously, in my songs, I don’t really do that. But a hidden talent of mine is I can change my voice to sound different. So I think it would be fun to play that guessing game, but who knows? It would be fun one day. We’ll see. We’re still on these lockdown orders. If we can still do it, I would love to.

On another note, you have a new song called “You Still Think of Me.” Tell me a little bit about the inspiration behind the song.
Jordin Sparks: So we were always planning on releasing music this year. I was really grateful because the creative output that I had in the last year was the most that I’ve had in five years I think. I’m just really in this creative space that I haven’t been in in a minute. So I was like, we have all this music we have to release. I released my Christmas album in December. And then in January, we took a little bit of time and have been in the studio. This song is so special and unique. I could listen to the track over and over again. There’s just so much beauty in it. I’ve never heard a track like that before. And the song, I related to it emotionally. I really loved it when I first heard it. We went in the studio and I flipped some of the lyrics to relate to me and the things that I went through. I love the fact that I’m able to sing differently in this song. People are used to songs from me that are really full, have a lot of layers and backgrounds and harmonies, so it was really nice to sing a song that was emotional, but there’s a lot of space. I feel like there’s a lot of power and beauty in the breath and space between the lyrics and in the space of the little instrumental breaks in the song. I really, really, really love it. It’s a beautiful song, so I’m excited to kick off the new year and also the new music that I have with this song.