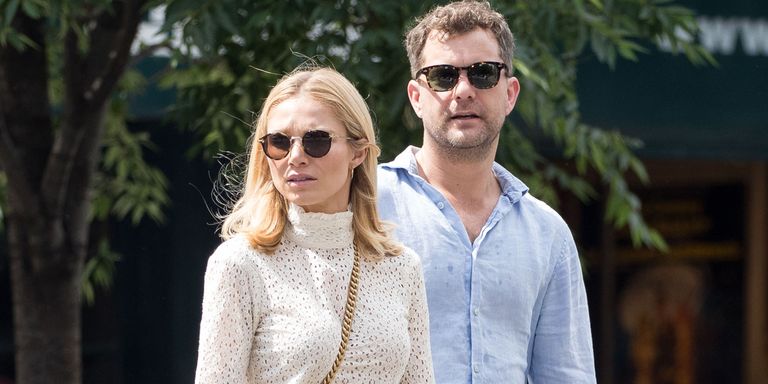 Joshua Jackson and Alyssa Julya Smith were snapped together for the first time during an outing in New York City over the weekend. The paparazzi photo op arrives shortly after romance rumors broke surrounding the pair.

The duo made a color-coordinated appearance in Central Park. Jackson, 39, sported a linen button-down, khakis, and blue sneakers, while Smith, 31, donned a white eyelet crop top, mid-rise denim shorts, white sneakers, and a Chanel crossbody bag. Both stars donned shades for the sunny outing, possibly to keep a low profile in public.

This may be their first time photographed in public together, but Jackson and Smith’s fling has “been going on for several months now,” a source recently told E!. The pair reportedly met in LA, where Smith lives and works as a Cheddar TV host. They’ve been dating long distance while Jackson is in NYC performing in Children of a Lesser God on Broadway.

Word of Jackson’s new relationship also follows reports that Diane Kruger, who he previously dated for 10 years, is expecting her first child with her new boyfriend Norman Reedus of The Walking Dead. Kruger and Jackson ended their decade-long relationship in July 2016, and she sparked dating rumors with Reedus in February 2017.

Though Jackson has moved onto a new romance, getting back into the dating game wasn’t easy. He told Ellen DeGeneres in 2016 following his split with Kruger, “Things have changed a little bit since last time I was single. There’s no more talking to people anymore. You talk to somebody and they’re like, ‘Ugh! No, no, no, no, no! We don’t do that anymore.”