BAZ BAMIGBOYE: Judi Dench’s daughter follows in her footsteps by starring in Pack of Lies remake

Finty Williams will recreate a stage role made famous by her mother Judi Dench in a play which also starred her late father.

The actress will appear in Hugh Whitemore’s 1983 drama Pack Of Lies next month at the Menier Chocolate Factory in Southwark. The piece is layered with poignancy because the playwright died just two weeks ago.

‘It’s spooky,’ Finty said about the production in which her parents, Judi and Michael Williams, played Bob and Barbara Jackson, asked to spy on their neighbours (and best friends) who are suspected of being Soviet spies.

‘It’s an amazingly daunting prospect to play any part you’ve seen someone else play brilliantly,’ said Finty, who told me she was about ten when she first saw her parents in Pack Of Lies. 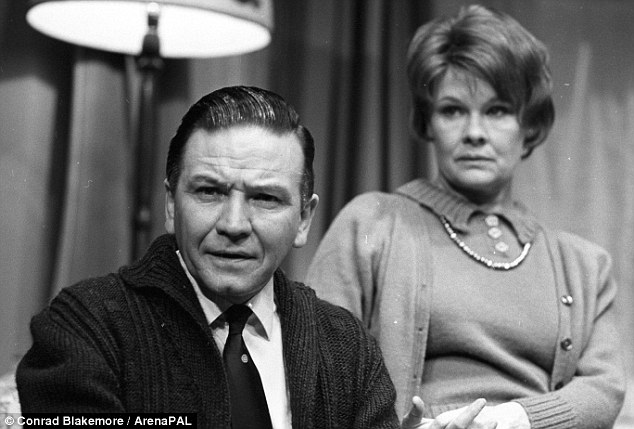 Finty Williams will recreate a stage role made famous by her mother Judi Dench in a play which also starred her late father. The piece is layered with poignancy because the playwright died just two weeks ago

She said she remembered them being ‘really amazing’. ‘I read the script the other day and I can hear Mamma’s voice doing it. What an amazing thrill to be doing something they did. I’m slightly overwhelmed in a wow sort of way,’ said the actress, who’s been busy recording an audio version of Elisabeth Noreback’s Tell Me You’re Mine.

When did she tell her mother? ‘Oh, mate, I was on the phone within five minutes!’ She reflected for a moment and told me: ‘It must be very strange for her. Your children grow up and they’re of an age that you can very much remember being.’

Williams, 45, added: ‘I don’t think Mamma thinks of it being that long ago, really. Bless her, she still thinks I can play Juliet. I don’t know under what lighting I can play Juliet. Maybe with a small night light illuminating the stage.’ Finty said she was not planning on asking for help from her mum unless ‘I come up against something I don’t know how to do’. 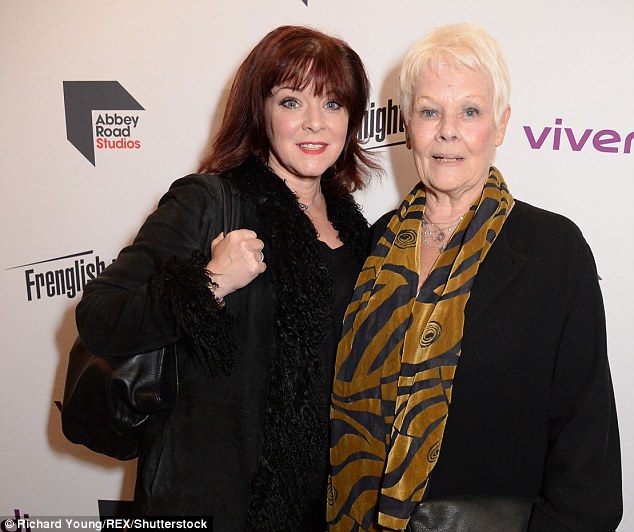 She said she remembered them being ‘really amazing’. ‘I read the script the other day and I can hear Mamma’s voice doing it. What an amazing thrill to be doing something they did.

She does not want to be a carbon copy of her mother in the show and is aware there will be those who make comparisons. ‘But I’m not her.’

David Babani, who runs the Menier Chocolate Factory, where the play will preview from September 20, said it’s a pertinent political piece about lying (think Trump and Brexit).

Director Hannah Chissick will start rehearsals towards the end of August and has just added Jasper Britton to the cast. He’ll play the British intelligence officer the Jacksons report to on the activities of their neighbours.

Laura Pradelska who played Quaithe (a Shadowbinder who had the gift of prophecy) in Game Of Thrones. She will star with Jaymes Sygrove in the world premiere of A Small House At The Edge Of The World by Chris Lee.

The new play charts the fluctuations of a romantic relationship. Directed by Ken McClymont, it will begin performances at the Tabard Theatre in West London from September 12.

I remember seeing Ms Pradelska in Judgment At Nuremberg, at what used to be the Tricycle Theatre. The venue reopens in September as The Kiln — with a new auditorium, bars, cafe and cracking new ‘facilities’. First production will be Alexis Zegerman’s brand spanking new play Holy Sh!t.

Breathe, a new play by George Jaques, is raw and potent. Mr Jaques, 18, also produced the one-act work, sensitively directed by Hannah Hauer-King at The Bunker in Southwark. It follows young people struggling with three disparate situations — a schoolgirl and her callous teacher; two brothers coping with the loss of parents; and a young man in agony over a girl. The cast includes Jaques, Elizabeth Brierley, Douglas Clarke-Wood, Byron Easmon, Gus Flind-Henry and Martha Hay. The production supports the NSPCC’s childline.