Justin Theroux Shares Meaning Behind His Massive Back Tattoos

No shame in his tattoo game. Justin Theroux shared the special meaning behind his massive back art during a live interview for Getting Curious with Jonathan Van Ness at the New York Vulture Festival on Sunday, May 20.

The 46-year-old Leftovers star was quick to tell the story of the ink that takes up nearly the whole top of his back when prompted by an audience member.

“My back tattoo? It’s a whole ordeal. I can show you part of it,” Theroux said before pulling up his shirt and turning around to the audience. “I can’t get the whole thing out.” 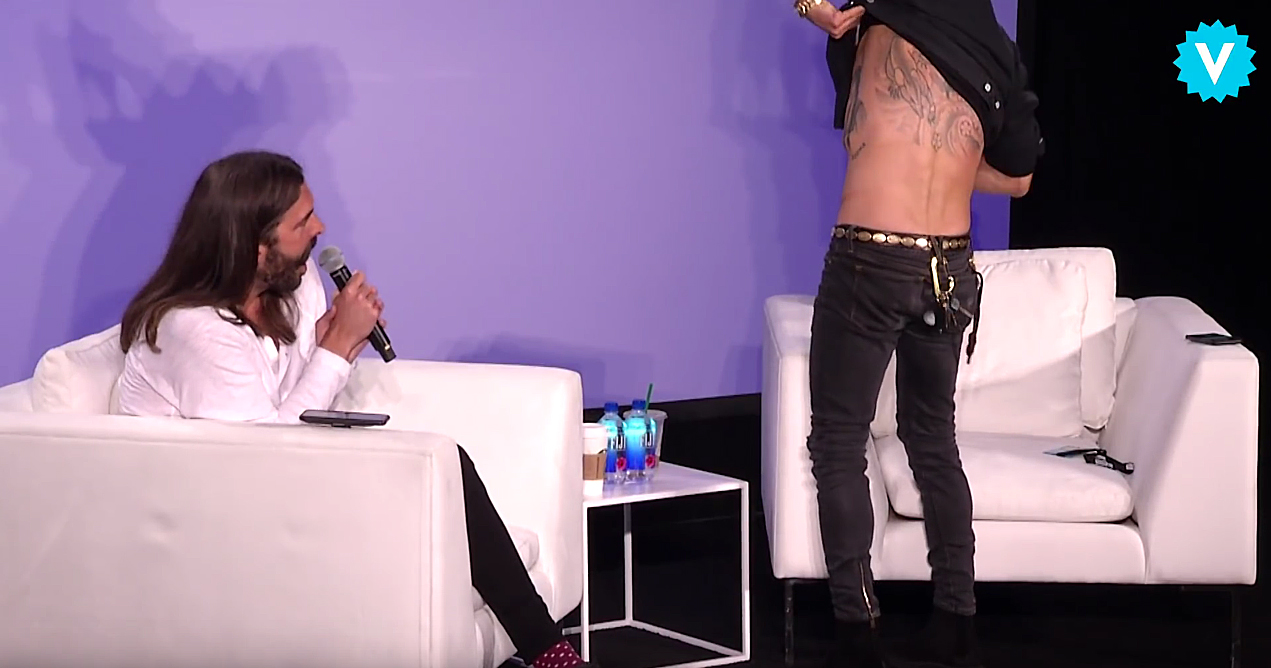 The animal activist continued with the heartfelt story. “So I had two dogs, both rescues, pitbulls, pitbull mix, and when they died, I dedicated half my back to one and half of my back to the other. So, it’s a picture of a rat, because my dog used to kill rats in Washington Square Park, which is not fun. It was horrible. She was really good at it. I mean, it’s doing a service to New York also. Oh, and then a pigeon. A New York pigeon and a rat.”

Following his high-profile split from estranged wife Jennifer Aniston earlier this year, Theroux returned to Instagram with purpose — to promote the non-profit shelter Austin Pets Alive and share photos from a snuggle session with adoptable pups. 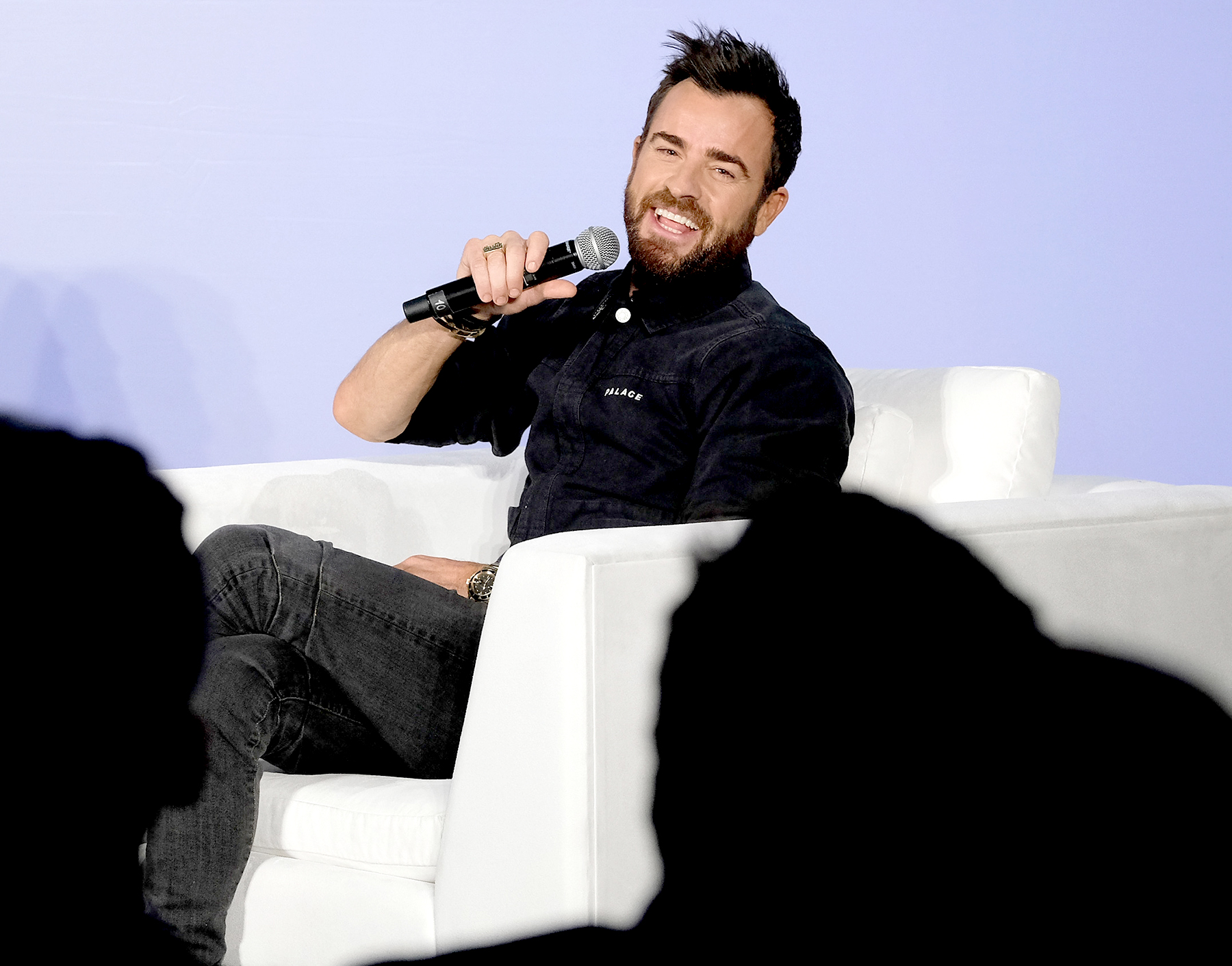 “Another very inspiring visit with the incredible people and pups @austinpetsalive. I cannot understand how they do what they do, day after day, so consistently and lovingly to save so many dogs and cats,” he wrote at the time. “I HIGHLY recommend going in and getting your nose bit by a toothless baby pitfall. The two aren’t yet ready to go, but when they are go get em . . .”

As previously reported, Theroux and Aniston, 49, who tied the knot in August 2015, announced their separation on February 15.

“In an effort to reduce any further speculation, we have decided to announce our separation,” the couple said in a joint statement to Us. “This decision was mutual and lovingly made at the end of last year. We are two best friends who have decided to part ways as a couple, but look forward to continuing our cherished friendship.”