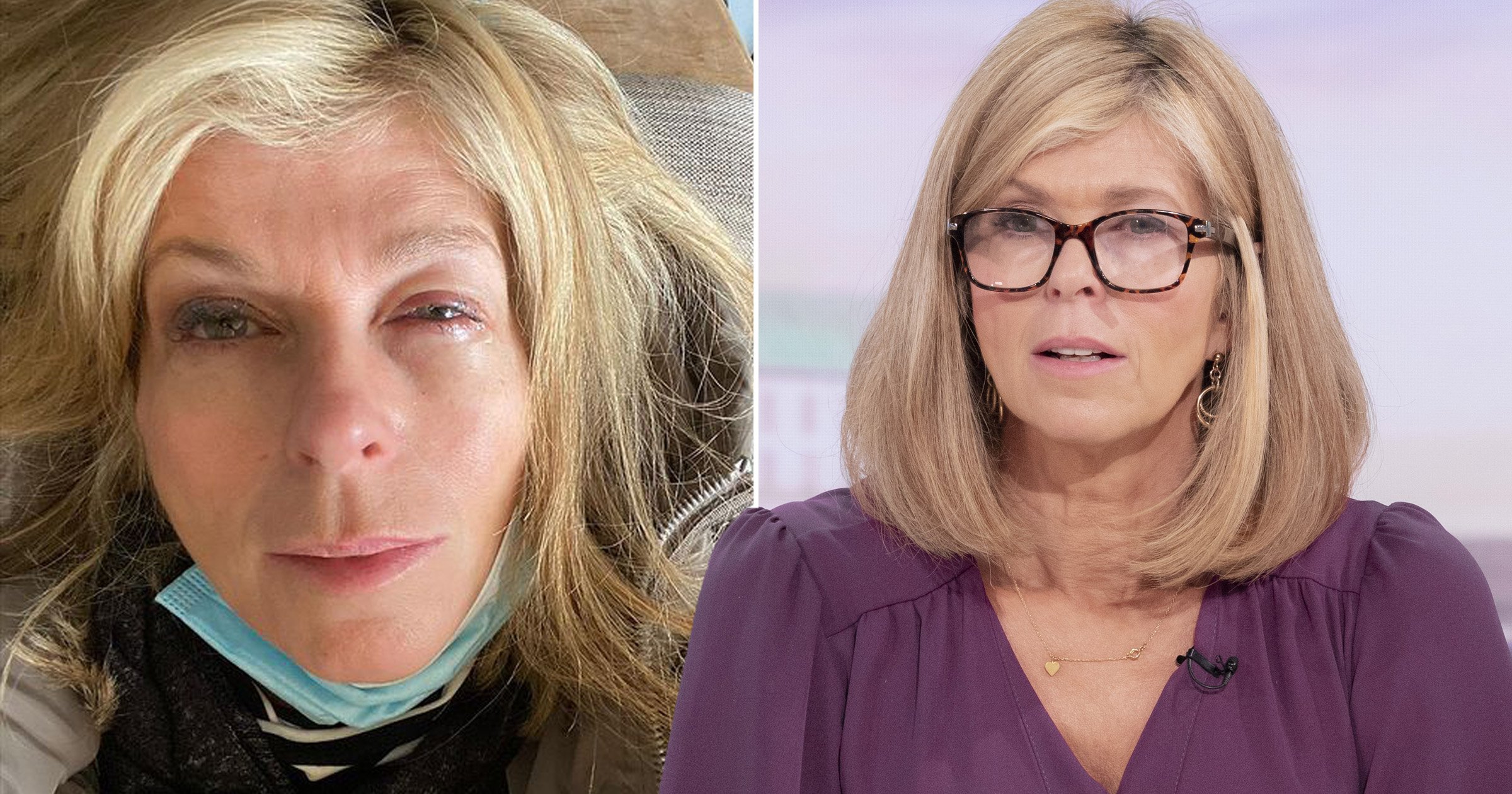 Kate Garraway has been flooded with well wishes after sharing a photo of her swollen eye.

The Good Morning Britain presenter received hospital treatment this weekend and shared a photo of her left eye half-shut and looking sore.

She explained: ‘Ouch! But thanks to the brilliant @nhs team @moorfieldsuae not permanent. Inflamed cornea caused probably by wearing my contacts for too long on some very long days recently. Hence the glasses on @gmb on Friday.’

Referring to her husband Derek Draper, she added: ‘And to think I nearly didn’t get it checked out as was wanting to get back home to do some physio with Derek.’

Derek requires round-the-clock care after spending almost a year in hospital battling a serious case of Covid. He was placed in a medically induced coma but released earlier this year after making progress, and is now home with Kate and their two children.

The 54-year-old TV presenter continued: ‘A further reminder if you are a carer, parent or anyone really you have to sometimes put yourself first otherwise you are no use to anyone you are trying to help. 48 hours of putting drops in every hour day AND night & I will be back on track. Hope everyone is having a lovely #sunday.’

Kate recently revealed what it’s like with Derek back at home but with various health issues.

She listed other things that she missed, even if they previously would ‘drive her mad’, including his ‘general loudness’ and ‘the way he wouldn’t be able to do anything until he’d had his bath’.

Speaking to The Telegraph, she added: ‘And now I would give everything I own to hear him being really loud and shouty and full of opinions, ruffling feathers in the way that he used to.’

With Derek describing himself as ‘the grit in her oyster’ when his disruptive behaviour could cause problems, Kate continued: ‘Now, I feel I have no grit in my oyster.’