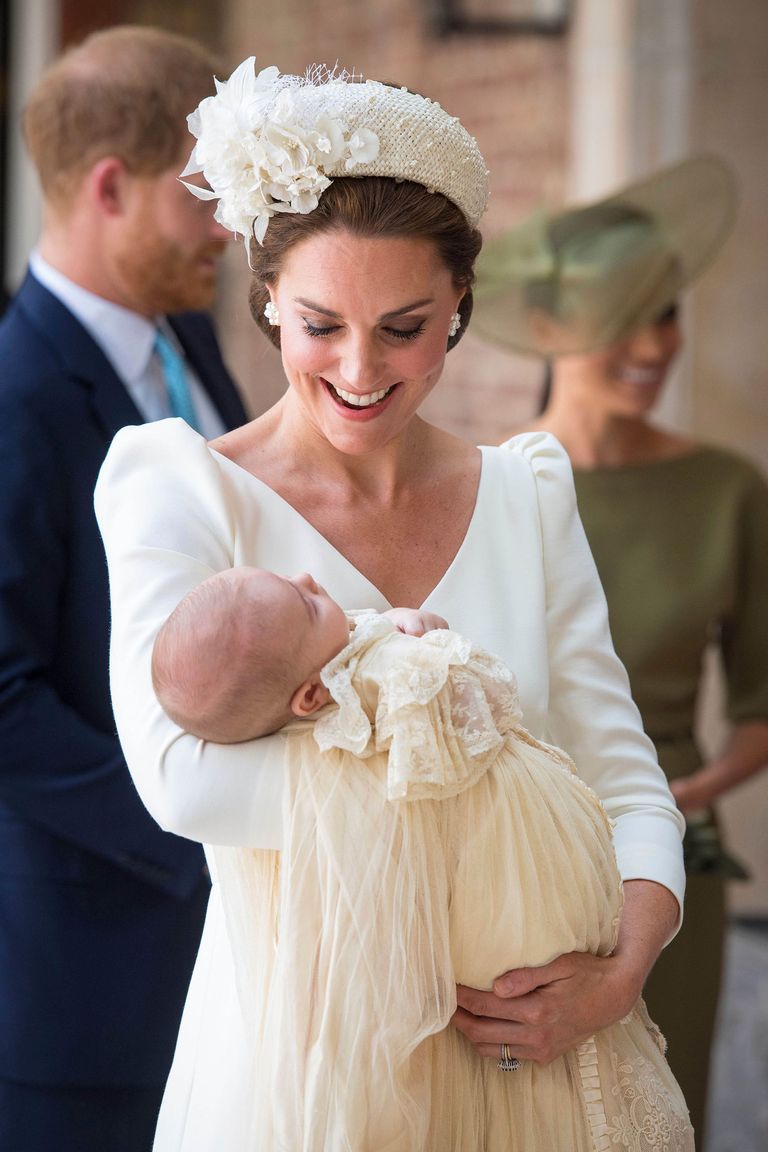 Proud mom Kate Middleton dressed in Alexander McQueen for the christening of Prince Louis, her third and youngest child with Prince William. The Duchess of Cambridge made a stunning appearance with her family at the Chapel Royal at St. James’ Palace in London, wearing a white dress by her go-to British designer with a Jane Taylor hat. She reportedly paired the look with Jimmy Choo heels.

The Duchess has previously worn Alexander McQueen ensembles for the christenings of her older two children. She wore a creamy, soft yellow ruffled look for Prince George’s baptism in 2013 and a white coat dress for Princess Charlotte’s in 2015. It’s believed she wore the latter to Prince Harry and Meghan Markle’s wedding in May.

This marks Middleton’s first appearance in weeks, as she’s been absent from recent royal events due to maternity leave. The last time she made a public appearance was nearly a month ago at Trooping the Colour with the rest of the royal family, and a polo match with her children the following day.

“It is traditional for new royal mums to take a six-month break from official engagements,” royal biographer Duncan Larcombe previously told BAZAAR.com. “The wedding doesn’t count because it was a ‘family affair’ but other than that, she will pick and choose her engagements.” It’s a no-brainer that the duchess chose to step out with her family for her youngest’s christening today.

Today also marks Middleton’s first official appearance with Prince Louis since he was born on April 23. Hours after giving birth, the mom-of-three stepped out of the hospital wearing a red Peter Pan-collar dress while cradling the newborn in her arms.