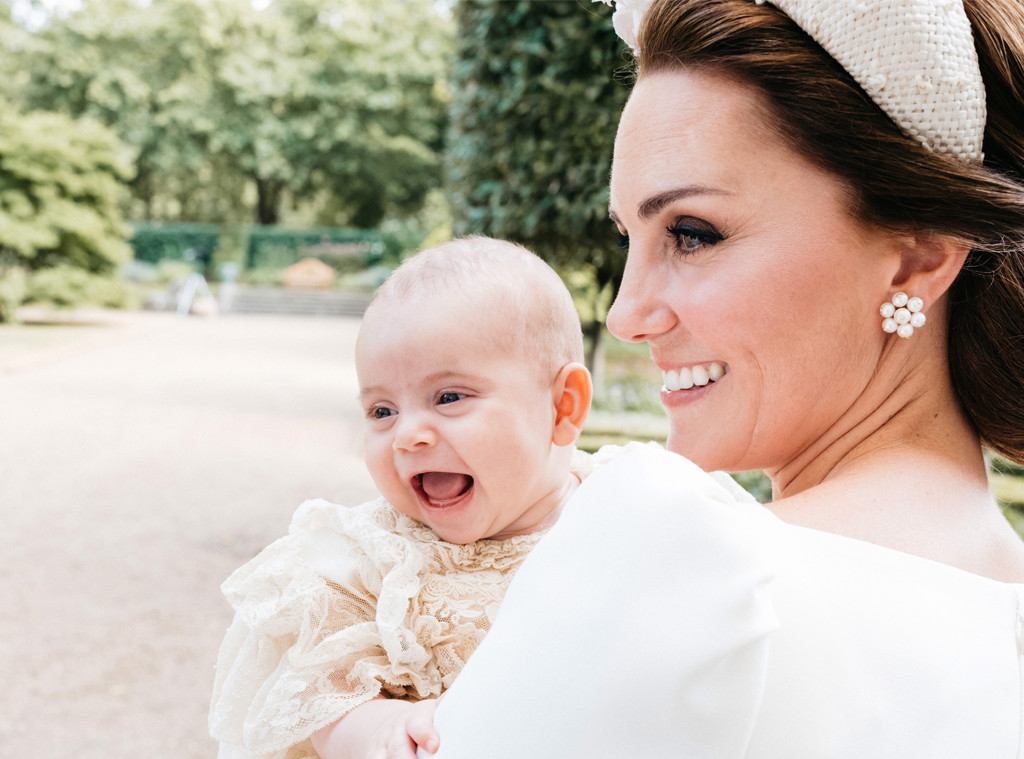 In the new portrait, the Duchess of Cambridge beams as she holds her third child close. Little Louis is also smiling from ear to ear. The photo was taken in the garden at Clarence House following the young royal’s christening. 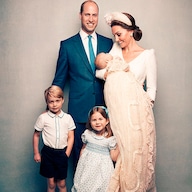 Porteous expressed his excitement over the new photographs on Instagram.

“Moments like these,” he wrote. “‘It was an honour and a privilege to photograph the christening of Prince Louis’ #princelouis @kensingtonroyal.”

Holyoak also released a close-up of the Duchess and her third child in the first set of portraits. The rest showed Kate and Louis posing alongside other members of the royal family, including William, George, Princess Charlotte, Prince Harry, Meghan Markle, Prince Charles and Duchess Camilla. They also smiled alongside the Middletons, including Kate’s parents, Carole and Michael, as well as her siblings, Pippa Middleton and James William Middleton.

The christening took place on July 9—just a few months after Louis’ birth.

Click here to see the rest of Louis’ christening portraits.