Kate Middleton Repeated Her Outfit For Harry and Meghan's Wedding 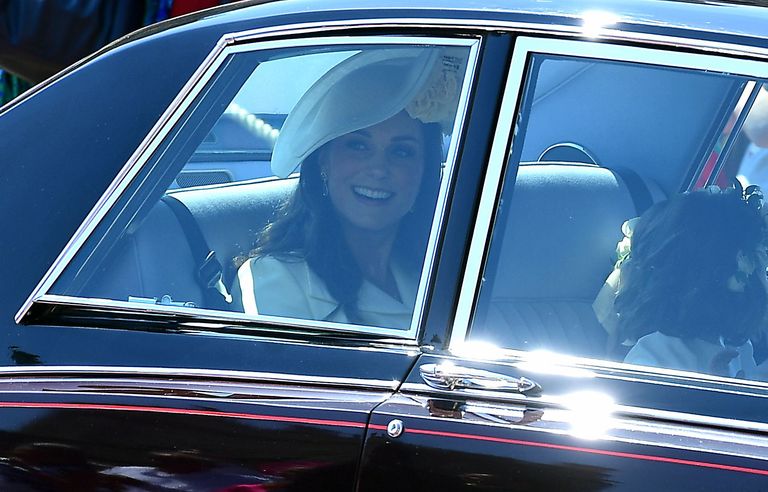 Not sure if you’ve heard yet or not, but there’s a small, pretty low-key wedding going down in London today as Prince Harry marries Meghan Markle.

While the most monumental fashion moment will of course be whichever gown the bride wears to walk down the aisle, let’s also take some time to appreciate Kate Middleton’s look for the big royal wedding. The Duchess of Cambridge arrived to St. George’s Chapel at Windsor Castle wearing a Alexander McQueen dress and Philip Treacy hat. And while at first glance, her look appeared white, it’s actually pale yellow.

Kate has actually already worn this specific McQueen dress not once, but twice before—to both Princess Charlotte’s christening and to Queen Elizabeth II’s birthday party.

Oh, and did we mention that she just gave birth less than a month ago? Yes:Less. Than. A. Month. Ago. Harry and Meghan’s wedding marks Kate’s first major public appearance since she and Prince William welcomed their third child, Prince Louis, on April 23.

Sticking to her signature style, Kate was the perfect balance of elegance and sophistication in the monochromatic look. As she entered the church, she was accompanied by her two eldest children, Prince George and Princess Charlotte, who will be serving in the wedding as a page boy and bridesmaid, respectively.

Just last year, Kate had another stylish wedding guest moment as she attended the ceremony of her sister Pippa Middleton and James Matthews. For the occasion, the Duchess of Cambridge wore a pale pink Alexander McQueen dress with a matching rose-embellished fascinator. She topped off the ensemble with a pair of classic suede pumps—which have become a footwear staple for the royal.

One thing’s for sure: whether she’s the bride herself or simply a guest, Kate Middleton has fully mastered the art of wedding style.