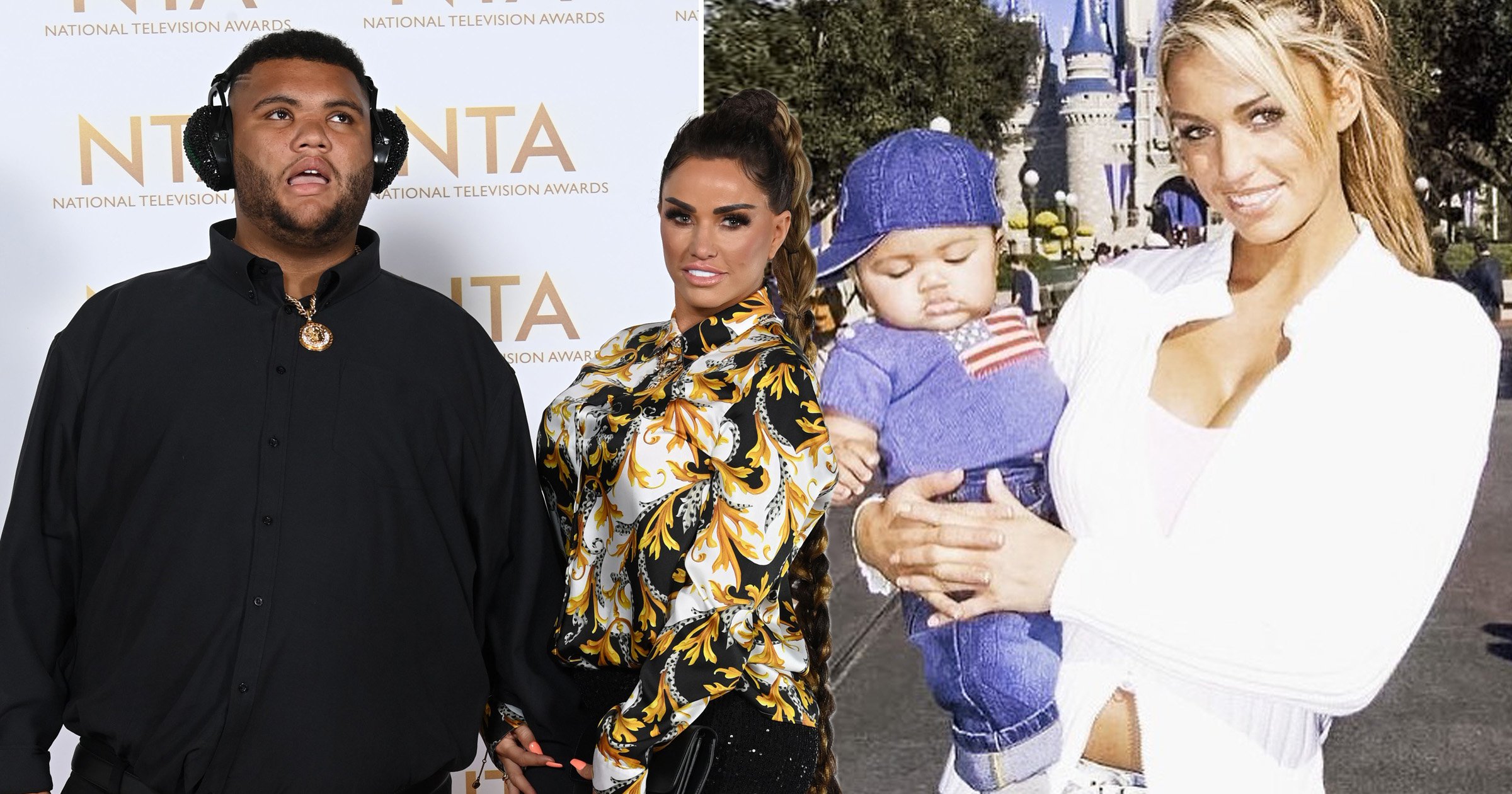 Katie Price has revealed that she considered getting an abortion three times while she was pregnant with her firstborn, Harvey Price.

The 43-year-old mum-of-five shares the 19-year-old with ex-boyfriend Dwight Yorke, although he has very little to do with the teen.

Harvey was born with septo-optic dysplasia, Prader-Willi syndrome, autism and a learning disability in 2002.

Opening up about her pregnancy in her new book Harvey and Me, Katie wrote that she worried that she wouldn’t be able to cope on her own.

‘Having an abortion wasn’t a decision I took lightly – I don’t think it is for any woman,’ she penned. ‘So it would have been nice to have him [Dwight] there with me.’

Katie continued: ‘I actually ended up going to the abortion clinic a total of three times. The first time, I got to the car park and I was ready to go in, but I pulled out at the very last minute.

‘I actually made it inside the second time. I was sitting in the waiting room and listening for my name to be called out. “I can’t do this,” I thought. So I got up and left.’

Elsewhere in the book, Katie reflected on Harvey now living at a residential college and admitted while it’s ‘weird’ to have more freedom it’s a massive weight off her shoulders.

Harvey recently moved into residential college National Star in Cheltenham, in order to learn to be more independent but still have healthcare professionals on hand to help with his specific needs.

His journey to finding a college was documented alongside Katie in BBC documentary Katie Price: Harvey and Me, which went on to be nominated for a National Television Award.

While Katie laments Harvey now lives so far from the family home in Horsham, West Sussex, she has to ‘let him have the best shot at life’.

In an extract shared with the Mirror, Katie shared: ‘Now he’s there, I can imagine it could be so easy to say, “I don’t need to see him”. But I don’t want that to ever happen. I’ve been responsible for him all his life, and now it feels weird to have this freedom.

‘I’m like, “It’s 2pm, I need to give him his medication”. And then I think, “Oh, Harvey isn’t here”. It’s a strange feeling and it’s going to take some getting used to.

‘But if something dramatic happens in my life, and let’s be honest, that’s a common occurrence, at least I don’t have to be thinking, “Who’s going to look after Harvey?” It’s a massive weight off my shoulders.’