Kelvin Fletcher’s wife reduced the Emmerdale actor to tears ahead of tonight’s Strictly Come Dancing final with a sweet message. In a pre-recorded message aired on Strictly spin-off It Takes Two, his wife Liz Marsland said she falls in love with him “over and over again” each time she sees him dance.

She said: “Kelvin is incredibly generous, unbelievably hard-working and he is our absolute world. He is completely everything to us.

“I just fall in love with him over and over again every time I see him dance. Me and the kids, we are so proud of him.”

Fletcher, 35, struggled to hold back the tears while watching the sweet clip, dabbing at his eyes with a tissue as his wife – and childhood sweetheart – gushed about their love.

But despite the emotional outburst, just a few weeks Kelvin chose not to go home to mark his wedding anniversary – instead staying in London with dance partner Oti Mabuse. 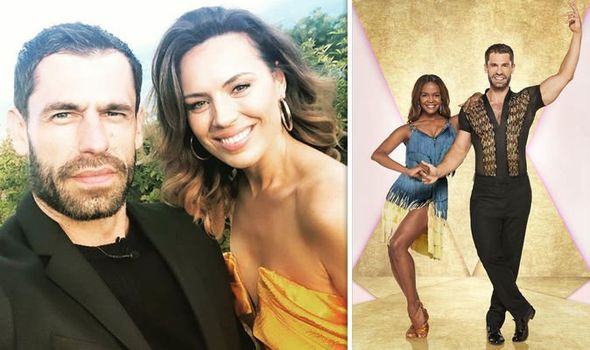 The insider told Heat magazine: “Oti knew it was Kelvin and his partner Liz’s anniversary and was happy for him to go to Manchester but he didn’t want to.”

His decision not to return home sparked speculation there could be a new Strictly romance, after last year’s Stacey Dooley and Kevin Clifton rumba-ed there way to love.

But ever the professional, Oti shut down any rumours. 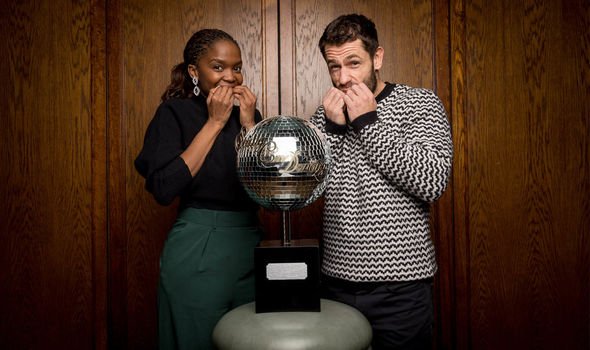 The source said: “Oti was worried his decision may be seen as a reflection on the state of his marriage and the rumour mill would start up.

“She and Kelvin have a great relationship and are focused on doing their best.”

As they left their London hotel for the last time on Saturday afternoon, Oti Mabuse and Kelvin Fletcher appeared in high spirits

The professional dancer, 29, cut a casual figure in a pink tracksuit as she flashed a bare faced smile on her way out the building.

The dancer hid her final night nerves well, despite previously admitting she’s been ‘sobbing’ in the training room as her time performing with Kelvin comes to an end. 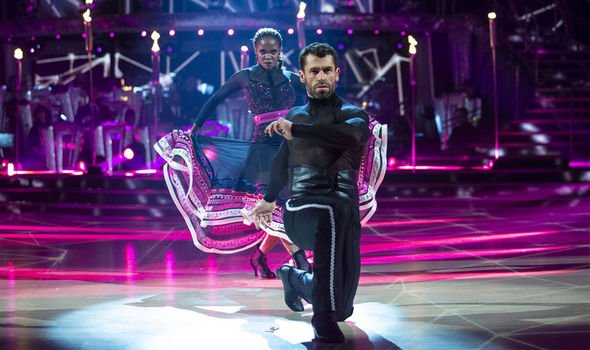 The remaining couples will each perform three times during the grand finale – a judges’ pick dance, their own favourite routine from the series and a new showdance.

For their favourite routines, Zeroual will repeat the jive to You Can’t Stop The Beat from Hairspray, and Barton will dance the Viennese waltz to the musical song Send In The Clowns.

While Fletcher will dance their samba to La Vida Es Un Carnaval by Celia Cruz from week one.

Attracting a whopping 88 percent of all wagers wot Ladbrokes and impressing the judges week after week, it’s perhaps not too surprising that Kelvin finds himself as the overwhelming favourite for glory on Saturday evening with odds of 2/5.

At 5/2 Emma is the the most likely finalist to cause an upset, or there’s a 12/1 chance outsider Karim emerges victorious.

Jessica O’Reilly of Ladbrokes said: “It will be the biggest upset since David and Goliath if Kelvin doesn’t win Strictly Come Dancing this year.”

15 Sweet, Savory, Salty and Spicy Vegan Snacks
We and our partners use cookies on this site to improve our service, perform analytics, personalize advertising, measure advertising performance, and remember website preferences.Ok