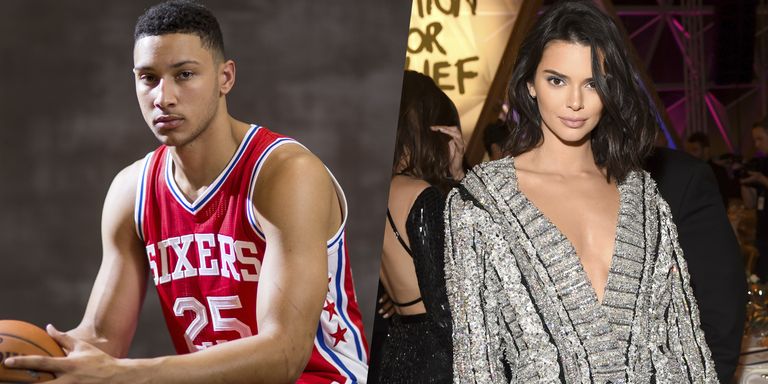 Looks like Kendall Jenner has a new man. According to Page Six, the supermodel is in a relationship with NBA star, Philadelphia 76ers player Ben Simmons.

Multiple sources corroborate the Kendall-Simmons romance rumors, with one insider close to the new couple confirming that they’ve been dating “for a few weeks” now.

Nothing official has been confirmed by either the 21-year-old basketball player or the 22-year-old model, but the pair has apparently been spending some covert alone time together as of late.

According to Page Six, Jenner and Simmons were spotted on a lunch date at the Beverly Hills Hotel earlier this week. The week prior, the two reportedly enjoyed a night together in New York City and hung out with a group of friends at Manhattan’s Vandal bar and lounge.

There was no photo evidence of the recent romantic rendezvous so the new couple could have a chance to hang out away from the cameras. “Security measures seemed to have been taken to ensure Kendall and Ben enjoyed their night hassle free,” explained a witness, adding that Jenner and Simmons definitely appeared couple-y. “They were smiling the night away with their friends.”

The supermodel’s newest 6-foot-10 love interest comes on the heels of her previous fling with another big-name basketball star, former LA Clippers player Blake Griffin (who was recently traded to the Detroit Pistons). It was assumed that Jenner and Griffin had broken it off after the supermodel was seen getting flirty with Diplo at Coachella in late April.

Simmons has been previously linked to singer/songwriter Tinashe. The two were photographed together in March this year, but reportedly split shortly thereafter.

Jenner typically keeps her love life well under wraps, so we’ll just have to wait and see if her new relationship with Simmons makes it to “Instagram official” status.