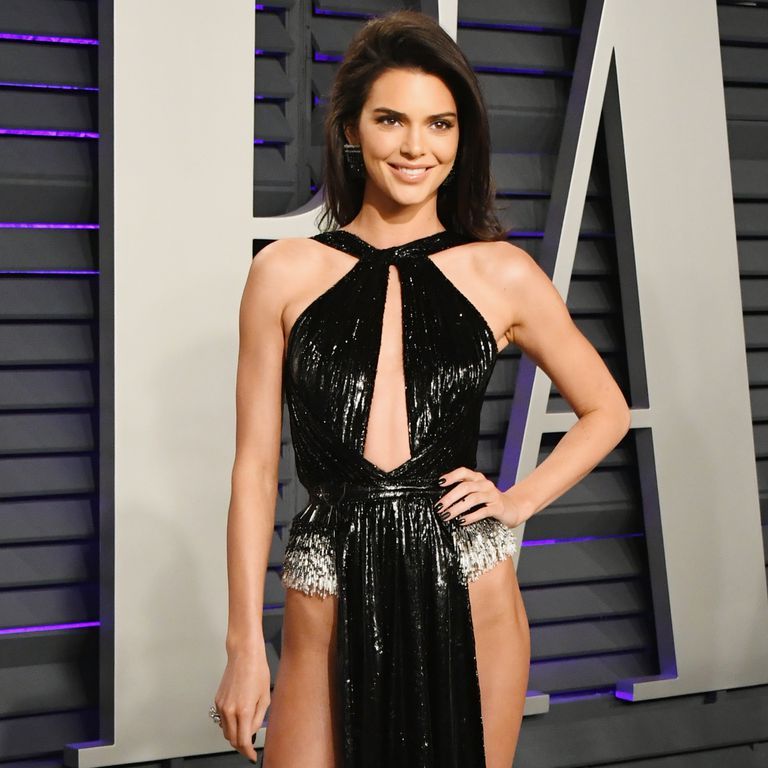 Kendall Jenner just took the leg slit trend to a whole new level. The model arrived to the Vanity Fair Oscars after party in a shimmery black gown with two panels hanging down from the front and the back, revealing her legs from the hips down. If you thought Angelina Jolie’s leg slit moment at the oscars was major, get ready for Kendall’s take on the look.

The dress is even more surprising from the side. Caitlyn Jenner, dressed in a champagne-colored mini dress, joined her daughter on the red carpet ahead of the A-list fête. 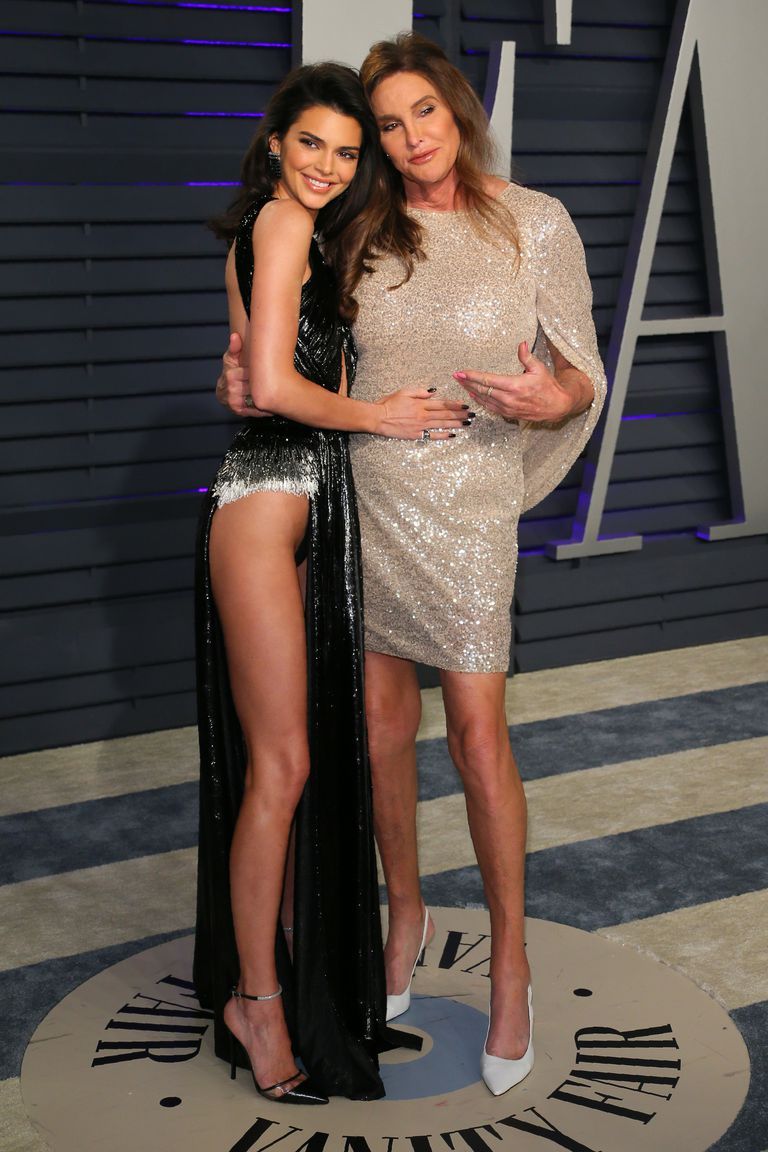 The dress, which features a keyhole neckline, is by couture designer Rami Kadi’s Spring 2019 collection. It made its runway debut during couture week in Paris last month. Kadi previously revealed on Instagram that the dress consists of lurex velvet and includes fringes of beads and crystals at the hips. 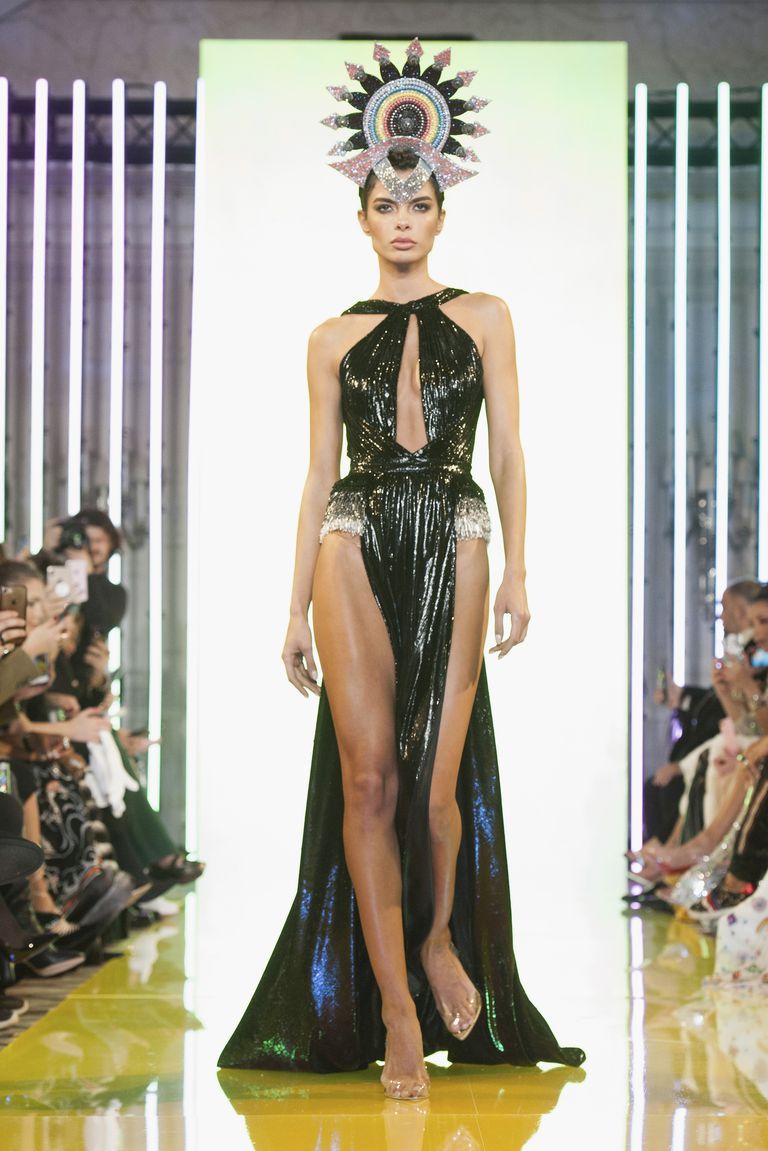 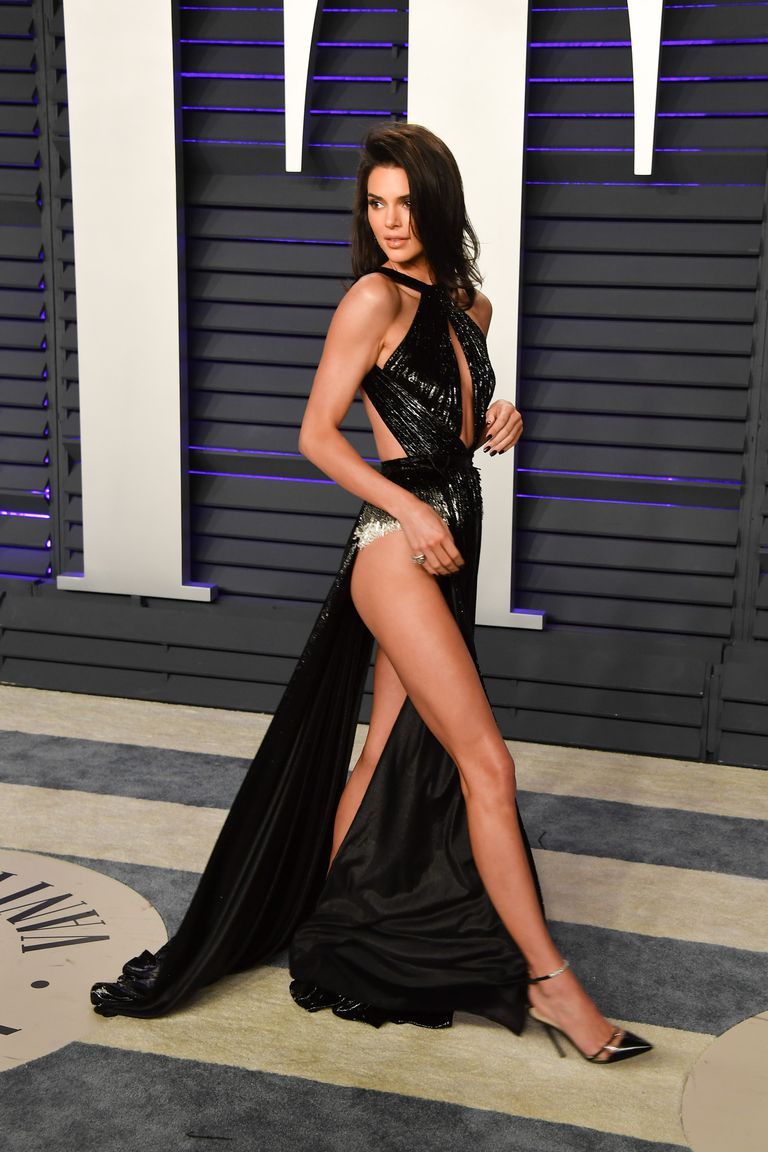 Given Kendall’s dress spoke for itself, she accessorized minimally with a ring on her right pinky finger and black ankle strap pumps. 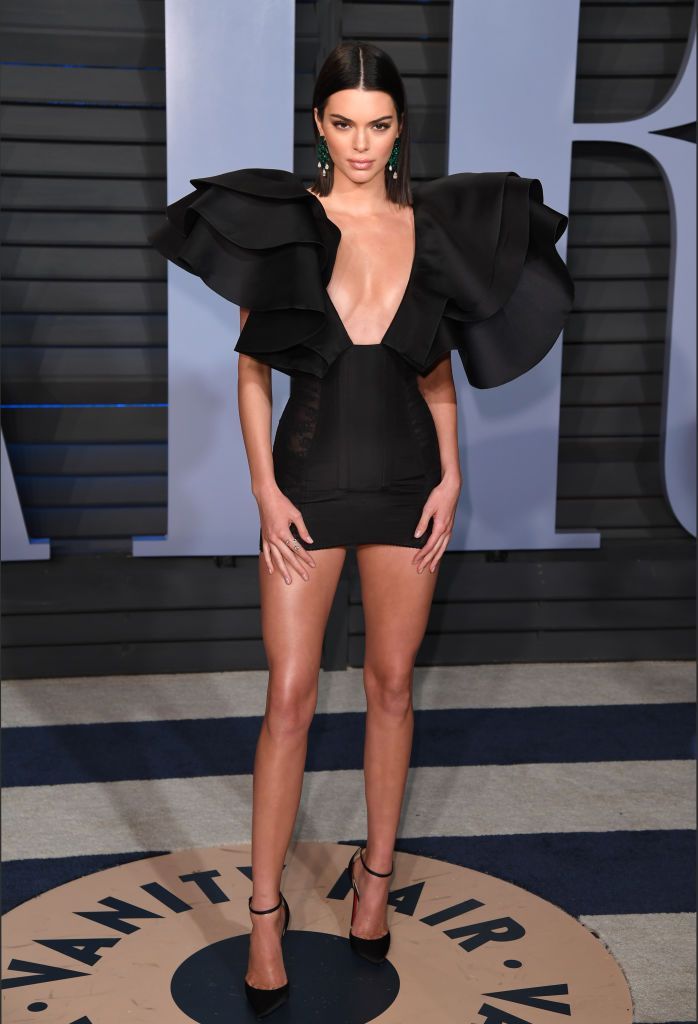 The leggy looks come as no surprise for Jenner, who has a penchant for naked dresses on the red carpet, whether it’s at Cannes Film Festival or out an about in Paris. It was only a matter of time until she brought her risqué style to the Oscars, too.