Kevin Hart had a major scare Thursday as his private plane burst a tire coming in to land at Boston’s Logan Airport.

The comedian and actor shared video on Snapchat from the scene showing the damage to the plane wheels and firefighters who had responded to the incident.

‘Caught a flat as we touched down…. crazy, crazy… fishtailed like crazy,’ he explained, appearing somewhat shaken up by what had just happened. 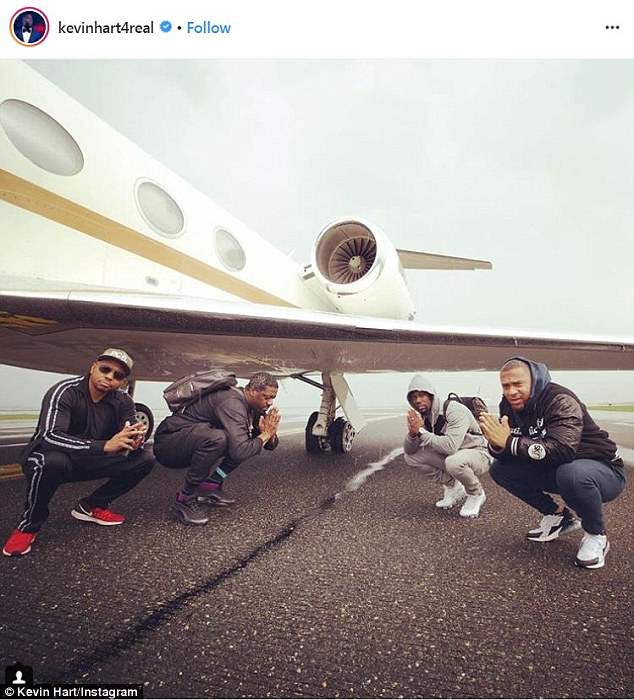 Kevin Hart had a plane scare Thursday as the private jet he was traveling on burst a tire on landing at Boston’s logan Airport. He was with fellow comics Na’im Lynn, left, Spank Horton, 2nd from left, and stylist John Burgandee, right, and broke the news on social media

Hart, 38, was dressed in gray sweats with a hoodie pulled up over his head. He wore white trainers and carried a large backpack.

The comedian was traveling with fellow comics Na’im Lynn and Spank Horton and stylist John Burgandee and posted a photo to Instagram showing the four of them squatting down by the plane’s wing with hands clasped in prayer.

He wrote in the caption: ‘God is Good with a capital G…Had our first serious Airplane scare today. Our planes tire busted on one side as we were landing and s*** got real for a second. No body was harmed…Our pilot handled the situation perfectly.’

‘Once again God is GOOD!!!! #Blessed ….P.S you Can tell that spank is still shaken up by the way he is posing,’ followed by several laughing emojis.

Hart traveled to Boston for Game 2 of the NBA playoff series between the Philadelphia 76ers and Celtics, according to local TV news station WCBV5. 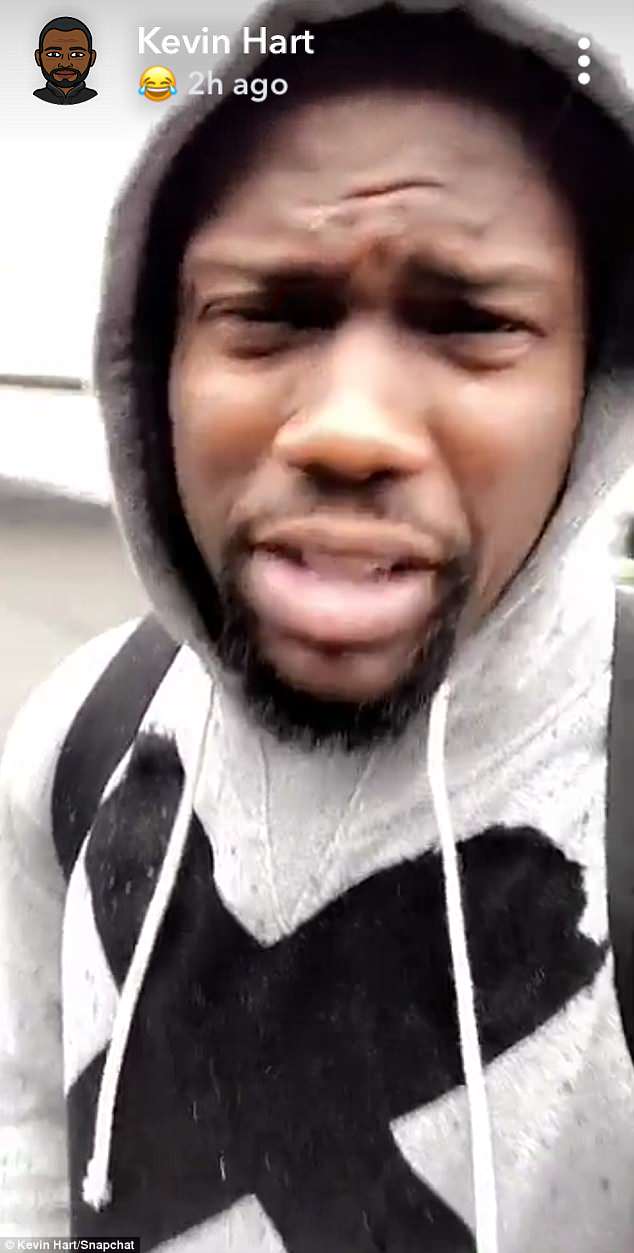 Hart, 38, took to Snapchat right after the incident looking pretty shaken up 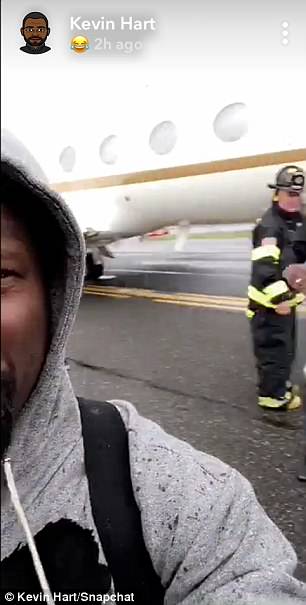 Emergency: The actor and comedian showed the fire engine and firefighters who responded to the incident 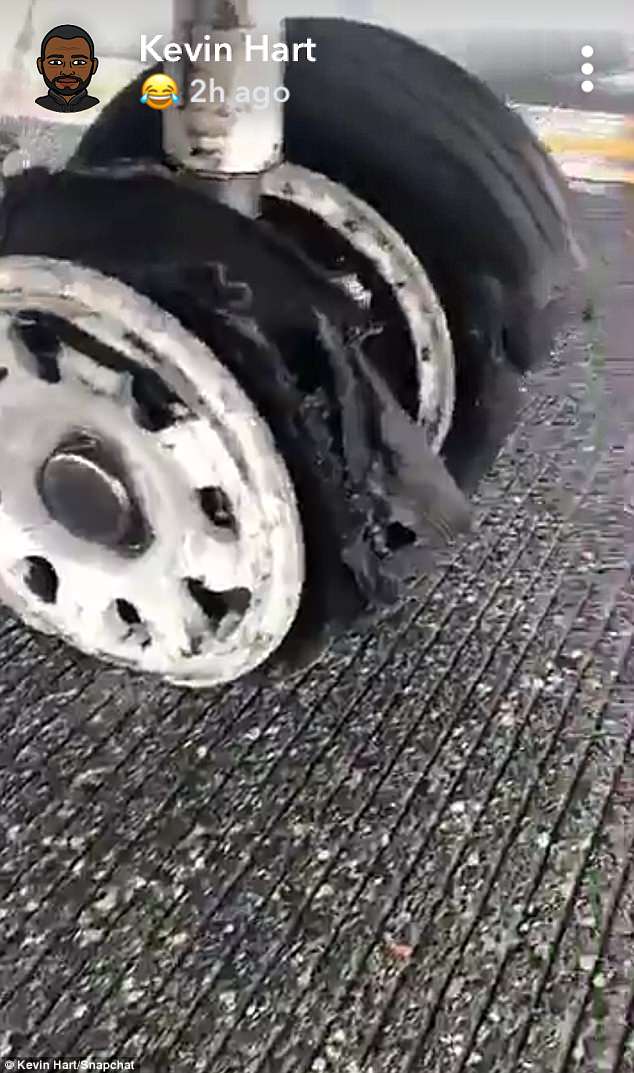 Flat: He also showed a close-up of the private jet’s shredded tire that had caused it to ‘fishtail like crazy’ on landing 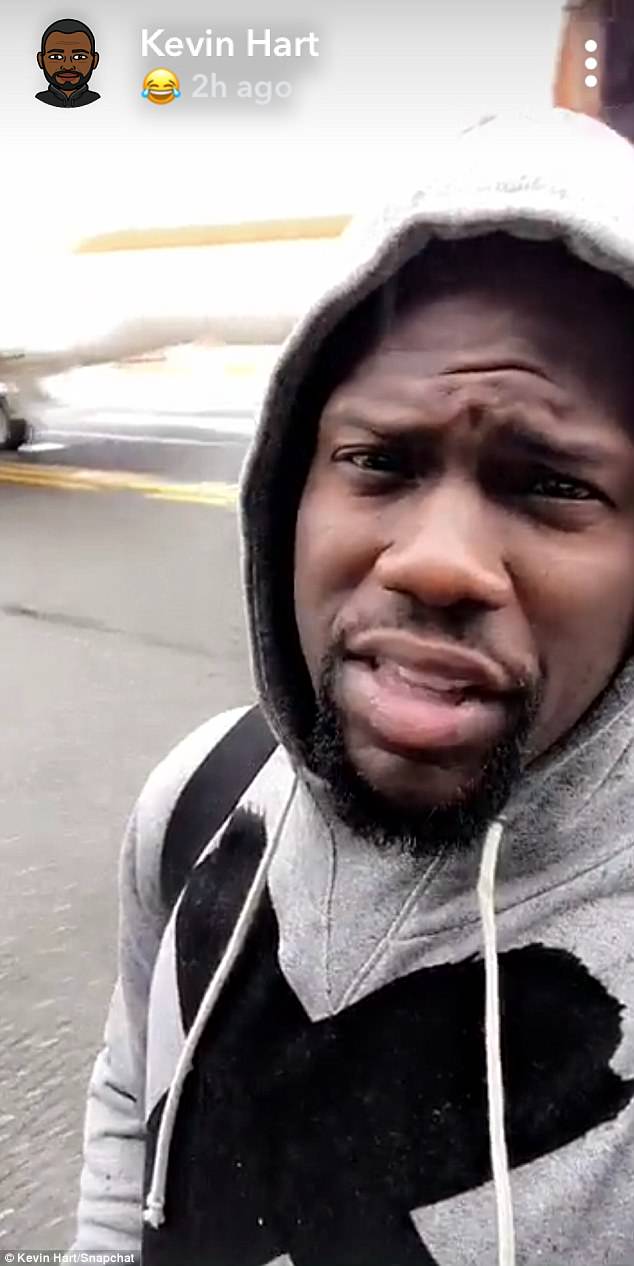 It had already been a tough day for the Ride Along star who learned an old friend has been charged with attempting to blackmail him.

Jonathan Jackson, 41, was charged with attempted extortion and extortion by threatening letter on Wednesday, after shopping around a secretly recorded sex tape of Hart sleeping with a woman in Las Vegas.

Jackson and Hart have been friends for more than 15 years and Jackson also played a co-starring role in Hart’s comedy Think Like A Man Too, TMZ reported.

Shortly after the charges were announced, Hart tweeted: ‘Mind blown… hurt… at a loss for words and simply in complete disbelief at the moment. WOW.’

Jackson remains in custody on $100,000 bail after his Monday arrest, jail records showed.

Prosecutors allege Jackson tried to extort an undisclosed amount from Hart in August then tried to sell the video to celebrity news websites. 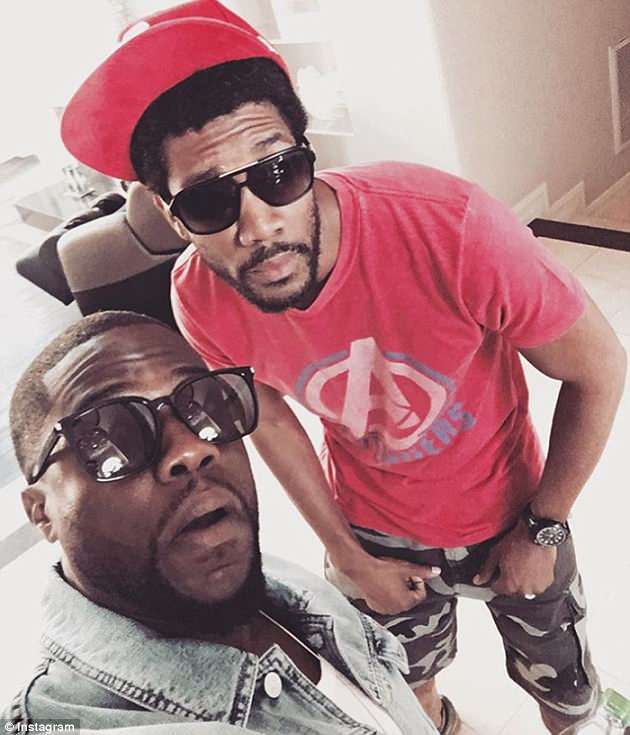 On Wednesday, an old friend of Hart’s Jonathan Jackson, pictured with the star, was revealed to be the man behind an extortion attempt involving a sex tape