Where’s Tristan Thompson? Kim Kardashian took to Instagram on Friday, May 25, to reveal one of the anniversary gifts she received from her sister Khloé Kardashian. Posting a video on her story of a huge bouquet of roses, Kim revealed a note that read, “Happy anniversary Kimye. Love always wins!!” She then signed it, “Love KoKo and True.”

Thompson, of course, was noticeably absent from the signature. Khloé, 33, is currently living in Cleveland with the NBA star, 27, and their 1-month-old daughter, whom they welcomed on April 12. Days before arrival, multiple videos and photos surfaced of Thompson getting close to other women. While a source confirmed to Us Weekly that the reality star and Cavaliers’ player are “fully back together,” she may be second-guessing herself. 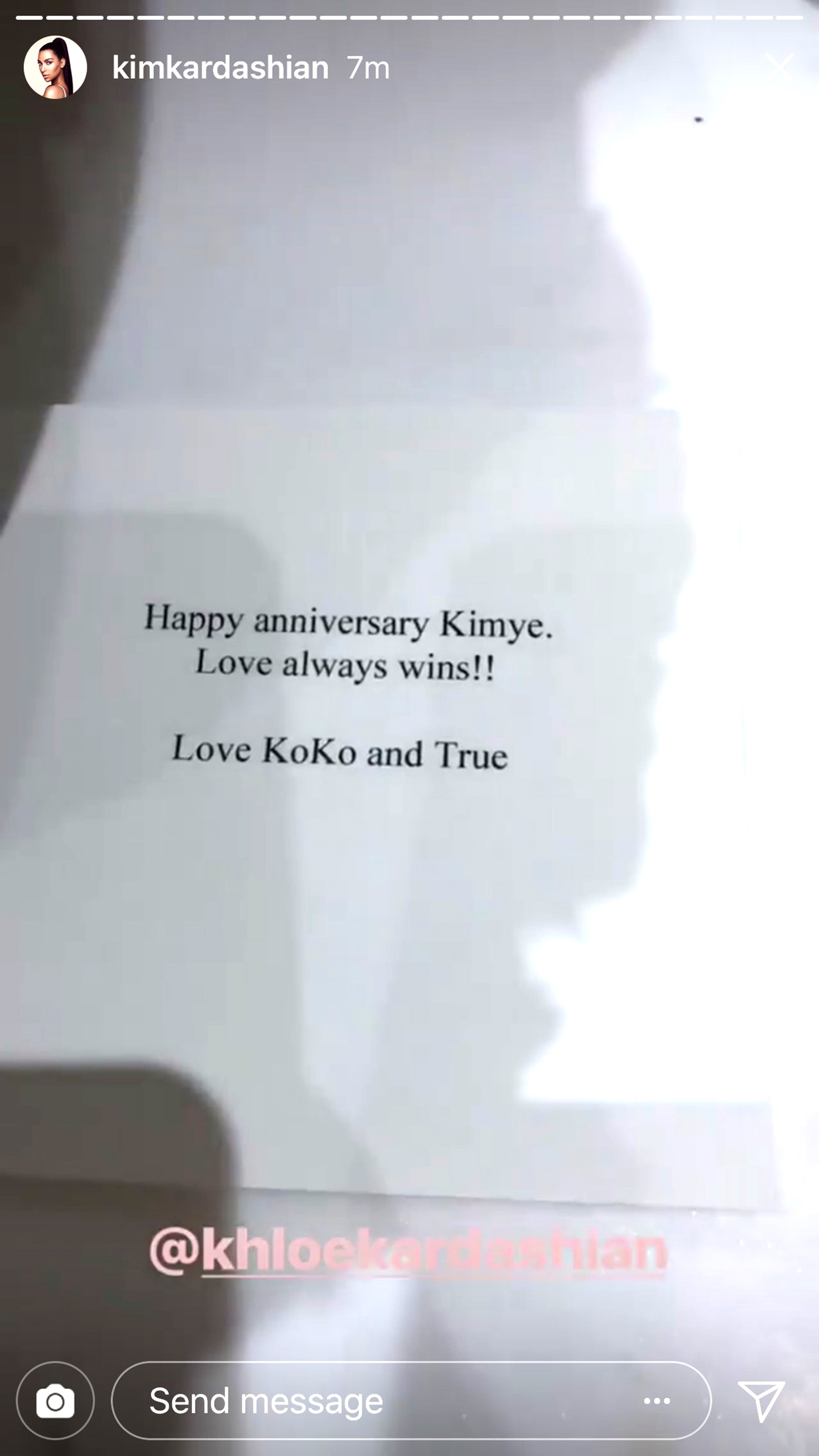 On Thursday, May 24, Khloé posted a telling message on her Instagram story. “Something you’ve been praying for is about to happen for you. You’ve had enough lessons. You’ve been patient long enough,” the quote read. “You’ve remained strong though many trials and challenges. Nothing broke you. You’re still here standing strong. Now is the time for you to start receiving.”

Kim was the first member of the family to speak out about Khloé and Thompson’s scandal, telling Ellen DeGeneres on April 30 that it’s “just so f—ked up.”

“We really were rooting for Khloé and we still are, you know, she’s so strong and she’s doing the best that she can. It’s a really sad situation, all over,” she said on The Ellen DeGeneres Show. She later appeared on Live With Kelly and Ryan and implied that following that interview, Thompson wasn’t happy.

“Last time I went on TV and answered some questions about her, I got blocked on social media,” Kim told Kelly Ripa and Ryan Seacrest. “And not from Khloé. No, no, no.”

For the latest celebrity news and interviews subscribe to our new podcast ‘In Case You Missed Us’ below!