She’s had better days! Kim Kardashian got real about husband Kanye West’s recent controversial moments and revealed how his actions have negatively affected her well-being.

“I will say, he gave me my first gray hair this week,” the Keeping Up With the Kardashians star, 37, teases during her Friday, May 11, appearance on Live With Kelly and Ryan. “I am blaming that on him.”

Nonetheless, West, 40, is in good spirits after causing quite a commotion. “He’s doing really good. He’s in Wyoming recording,” Kardashian revealed. “He has a couple albums coming out, so he’s just focused on that.” 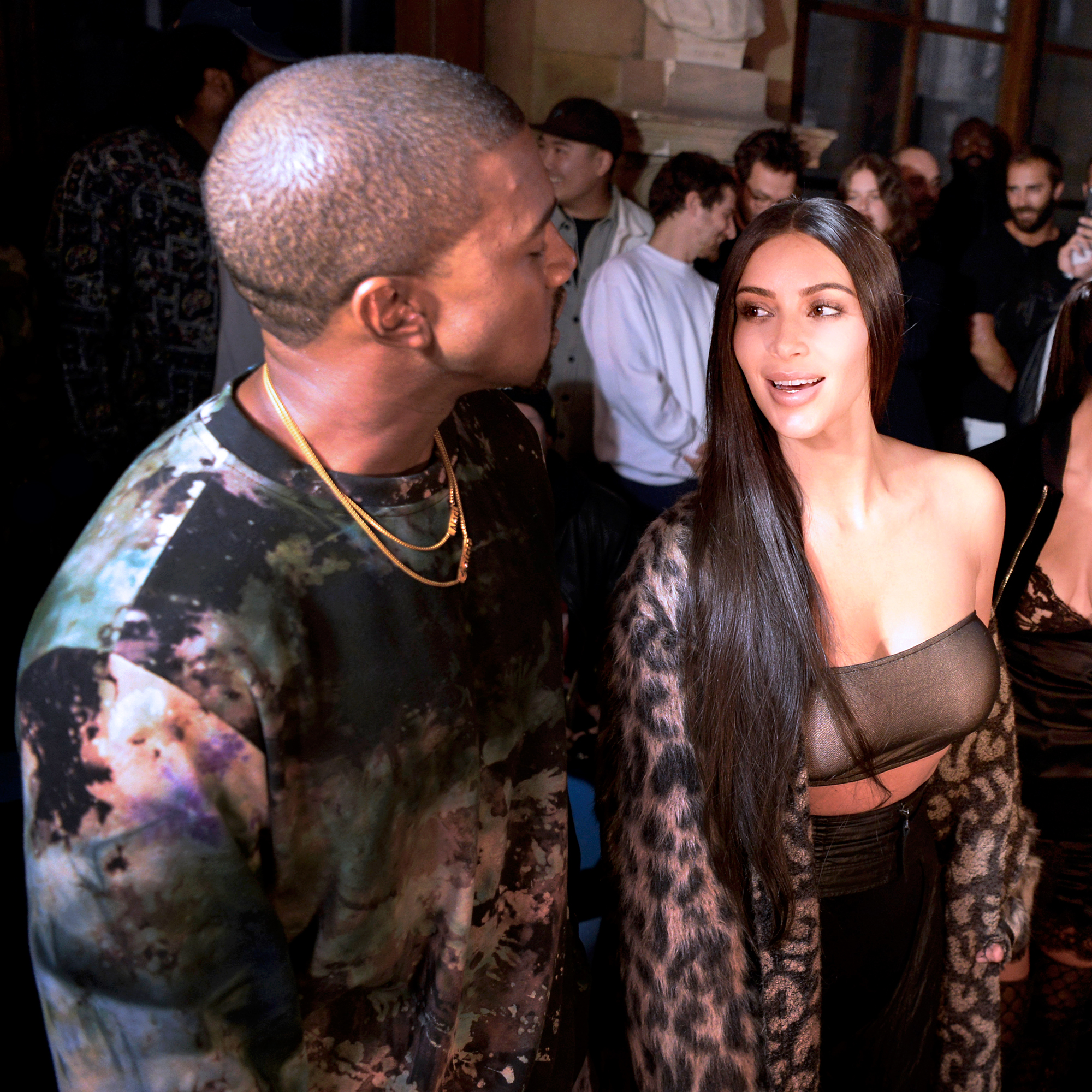 Despite the KKW Beauty founder’s positive mindset, a source previously told Us Weekly that she was not happy with West’s decision to appear on TMZ Live to discuss his views on politics, slavery, drugs and more.

“Kim was really upset that Kanye chose to have a very serious discussion in a place like that,” the insider said. “And just because she wasn’t given a heads up beforehand.”

Added the pal: “Kanye shared a lot of his passionate words, which was important to him, but had they been said in a different setting and time, they would have come across in a different way. A lot of things he said were very serious. If he had said them in a different, more planned out way, it would be a different story, even positive. Kim is trying to be a supportive wife … but it is hard.”

Before his explosive interview with the news site, the “Famous” rapper had embarked on several Twitter rants that sparked outrage among his 28 million followers. In one message, West called President Donald Trump “his brother” and wrote “the mob can’t make me not love him.”

According to a second source, Kardashian wasn’t pleased with the Yeezy designer’s recent Twitter fiasco. “Kim has been very upset with Kanye’s social media rants. She tried pointing out to Kanye that the posts were only adding to speculation about his mental health and just wanted him to realize that,” explained the insider. “He refuses to listen and almost seemed to be taunting Kim’s advice, which he typically follows. At this point, Kim is just not engaging Kanye because it’s counterproductive and will only cause more fighting.”