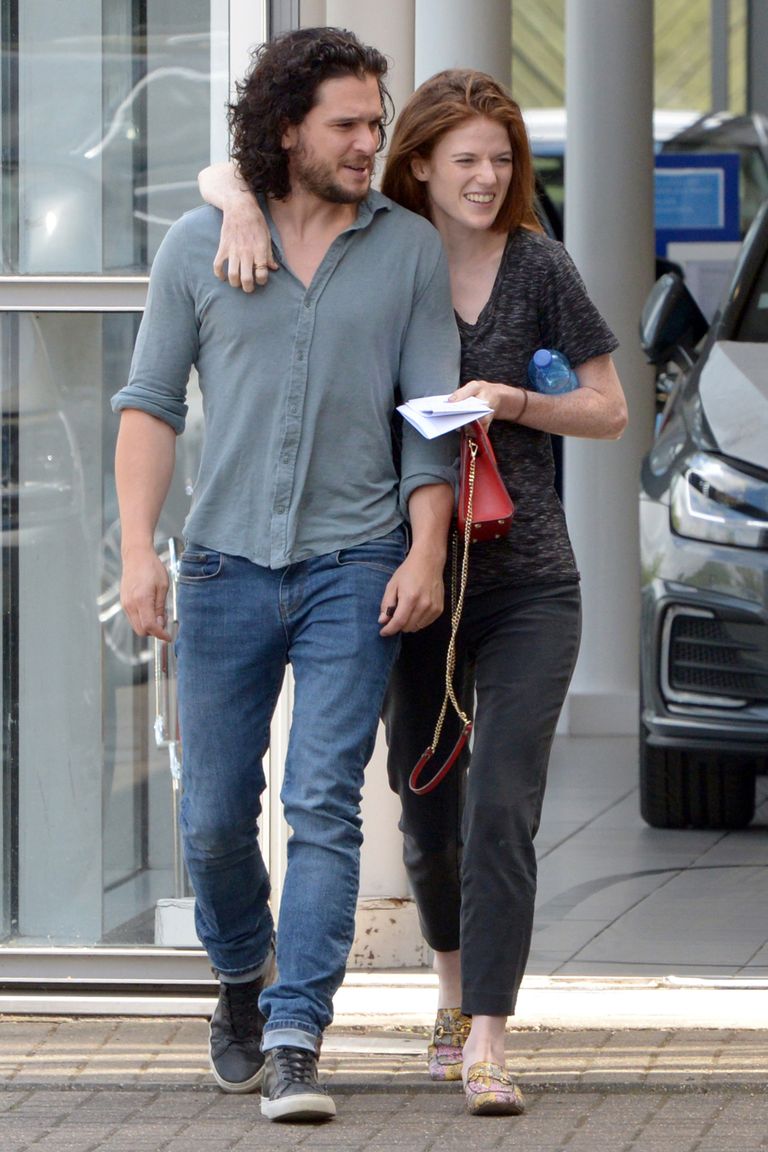 Newlyweds Kit Harington and Rose Leslie made a very loved-up appearance while car shopping in London yesterday, nearly three weeks after their fairytale wedding in Scotland.

The former Game of Thrones costars were seen smiling together at a car dealership, while Leslie wrapped an arm around her new hubby. The pair was also spotted holding hands in the lot, according to Entertainment Tonight.

Leslie, who now stars on The Good Fight, wore a dark gray tee, dark straight-leg jeans, floral loafers, and a red bag for the casual outing. Her beau dressed in a loose-fitting button-down shirt with jeans and black sneakers.

Harington and Leslie tied the knot on June 23 at Wardhill Castle (yes, an actual castle) on the bride’s family’s estate in Aberdeenshire, Scotland. The actress wore a stunning long sleeve lace wedding gown for the big day.

The couple first met on the set of Thrones in 2012, when Leslie came on to play Ygritte the Wildling, the onscreen love interest of Harington’s Jon Snow. Though they kept their relationship private at first, they made their red carpet debut together in 2016.

In June 2017, Harington revealed in an interview that he and Leslie were living together. The pair announced their engagement (via newspaper listing) just months later, in November.