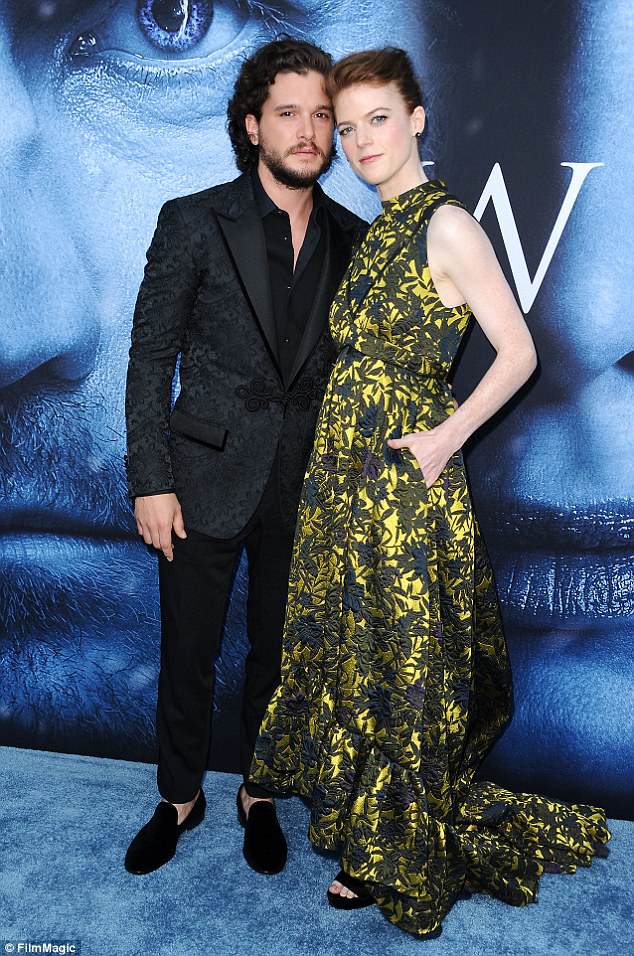 Exciting: Kit Harington and Rose Leslie are reportedly set to marry next month after posting a notice of the ceremony at a Scotland registry office, according to the Evening Express 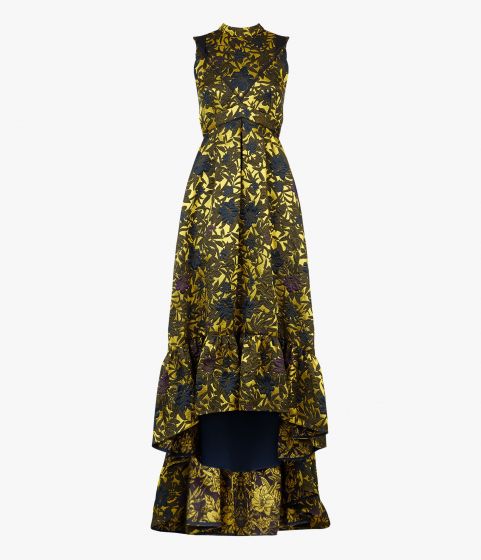 Rose Leslie and Kit Harington looked super loved up at the Game Of Thrones premiere in Los Angeles back in 2017. And whilst Kit was very dapper in his suit, it was of course Rose who stole the show in a dramatic floor-sweeping Erdem gown.

Between the golden jacquard fabric, voluminous skirt and dipped hem, this gorgeous gown is the perfect way to really make an entrance!

It hails from the Erdem Pre-Fall '17 collection. Sadly it's unavailable to buy but you can shop the current line by clicking the link to your right. Warning: beautiful dresses ahead!

Alternatively, shop our edit of Erdem-esque dresses in the edit below. 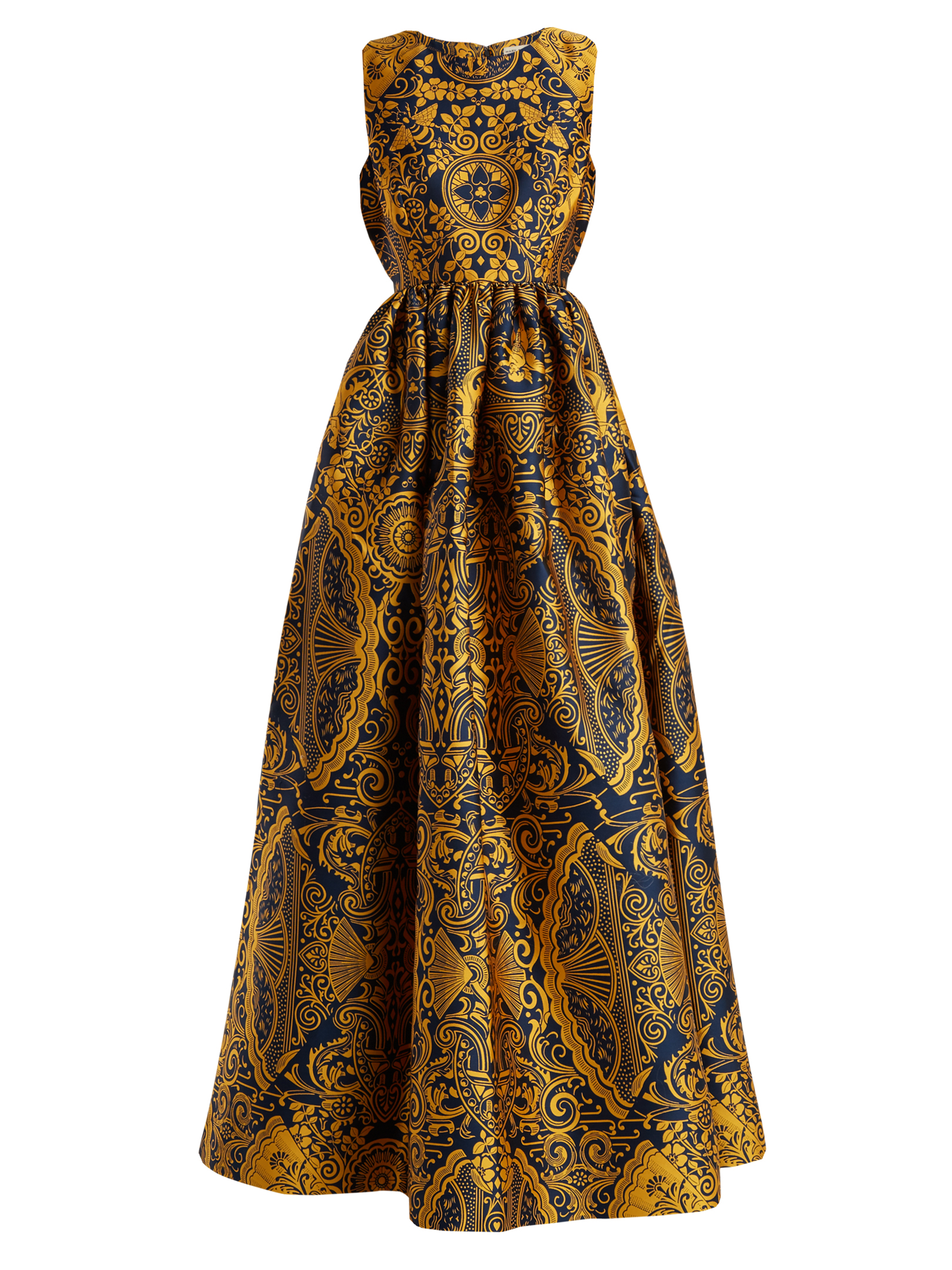 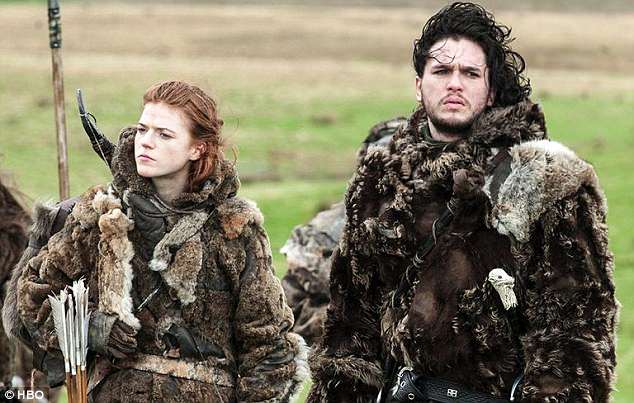 Star-crossed: Rose and Kit met while playing lovers Jon Snow and Ygritte in the fantasy epic series Game Of Thrones

Kit also recently revealed that he and Rose’s forthcoming nuptials will land right in the middle of filming for Game Of Thrones’ eighth and final season, and has requested production on the show be halted so that his co-stars can all attend the big day.

Speaking on The Jonathan Ross Show in October he said: ‘I rang [the producer] up and I said, ‘I’m getting married and it’s your fault actually. I think for the final season he is so stressed that he’s reached that peaceful level.

‘I was like, ‘You need to factor in a ‘Game of Thrones’ wedding by the way.’ They [the cast] have all got to be there so the whole thing has got to shut down.’ 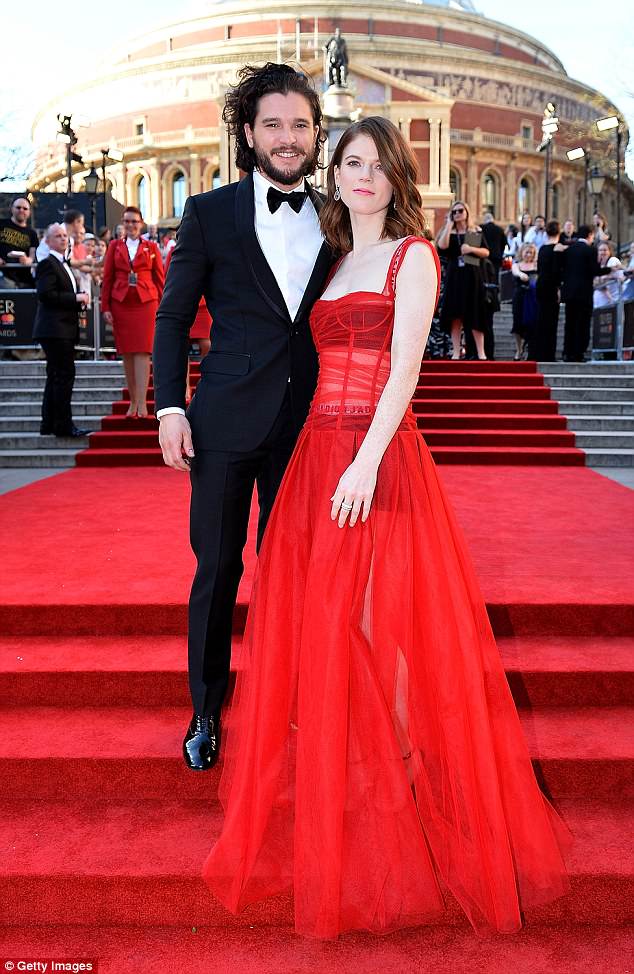 Loved-up: According to The Evening Express, a notice was posted in the Huntley registry office in Aberdeenshire for the wedding just 15 miles from Rose’s family home of Wardhill Castle

Kit has been a mainstay on Game Of Thrones for all of its seven seasons to date, while Rose departed the show in 2014 after her character was killed by an arrow through the heart.

Since her departure from the show Kit also recently revealed that he doesn’t think the two of them could ever work together on an acting project ever again.

Speaking to The Times Newspaper he said: ‘I wouldn’t be able to keep a straight face.

‘Honestly, I was watching Sliding Doors with her the other day, and there’s a bit at the end where John Hannah is pouring his heart out to Gwyneth Paltrow and she’s lying dead.

‘I turned to Rose and I said, ”I wouldn’t be able to do that with you, because you would p*** yourself.” 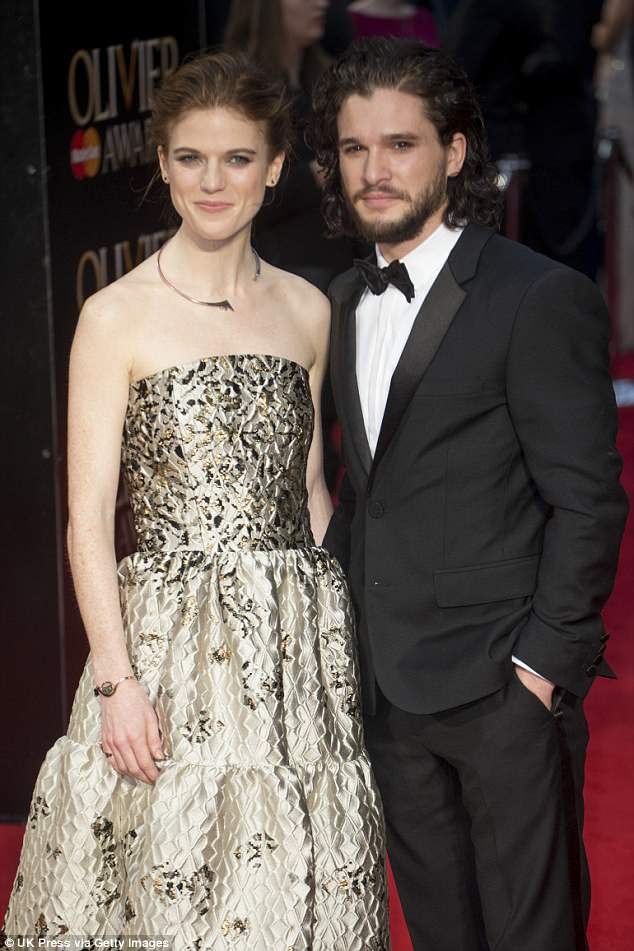 Happy: Kit and Rose announced their engagement last September by posting a notice in the Forthcoming Marriages section of The Times newspaper