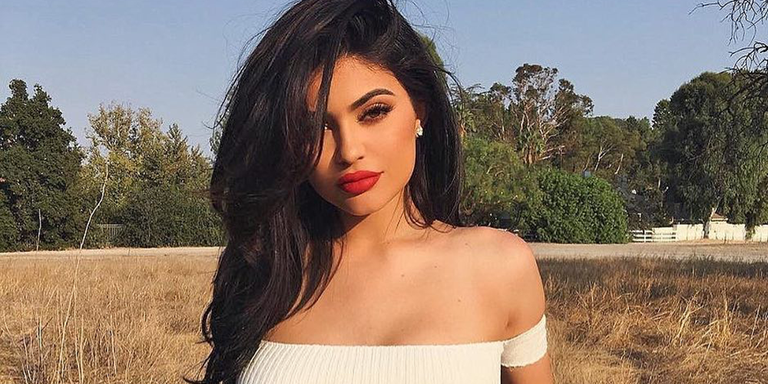 Kylie Jenner didn’t just decide to make lip kits overnight. The inspiration for her makeup line came from a much more personal place. She told her sister Kim Kardashian about it in an interview with Evening Standard magazine.

“It came from an insecurity and I turned it into something,” she said. “I was insecure about my lips, and lipstick is what helped me feel confident.”

For years, Kylie lined her own lips, and she said lip products gave her confidence when she was feeling insecure, which is why she decided to make them for others.

In May of 2015, Kylie admitted to having her lips temporarily filled after years of being insecure about them. Then, in 2017, she explained on an episode of Life of Kylie that she’d had her lips done because of an incident with a boy in high school that made her feel self-conscious about them. “It was like one of my first kisses and a guy was like, ‘I didn’t think you would be a good kisser because you have such small lips.’ But I took that really hard,” Kylie said.

“Just when a guy you like says that, I don’t know, it just really affected me. I just didn’t feel desirable or pretty. I really wanted bigger lips.”

Although she’s admitted to that cosmetic enhancement before, she told her sister Kim in this most recent interview that she’s not thinking of getting any other surgery at this point. “I feel like if it makes you feel better, and if that’s what you want to do, I’m not against it,” she said. “Right now I probably wouldn’t do anything, actually.”