Kylie Jenner has stepped out in a feathered, beige top and leather pants as she caught up with her dad Caitlin Jenner for dinner at Hollywood hotspot, Craig’s.

Kylie Jenner, 23, and dad Caitlyn Jenner, 71, caught up for dinner in Los Angeles on February 24 at popular celeb hotspot, Craig’s. The makeup mogul stunned in a pair of skintight, black leather pants, which she paired with a sheer off-the-shoulder top with feather detailing. The raven-haired beauty styled her sleek tresses in loose waves, and rocked a pair of towering black stiletto sling-backs as she was photographed arriving at the restaurant. The father-daughter duo enjoyed dinner and drinks, which Kylie showcased on her Instagram Story. She even opened up about her past pregnancy cravings, which included the bread from the West Hollywood hotspot. 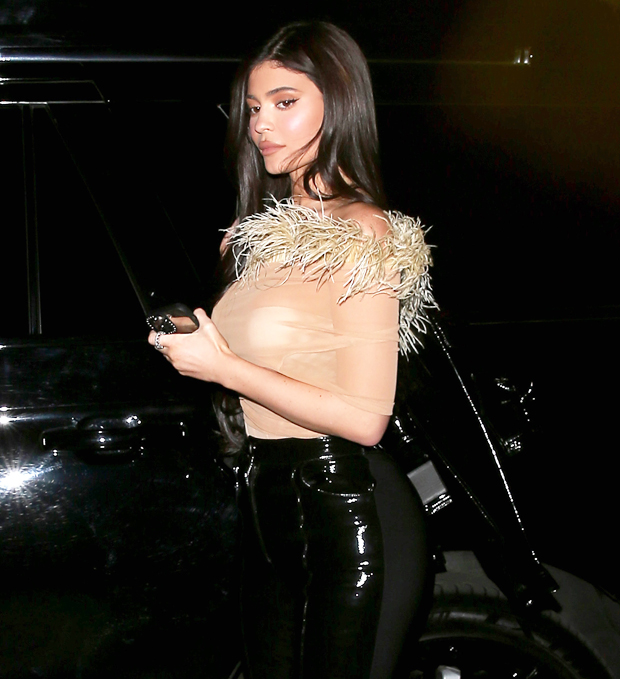 “Fun fact, Craig’s in L.A. has the best bread of all time, specifically this one,” the Kylie Cosmetics boss said in her her story, as she zoomed in on a bread basket. “This is what I craved my whole labor and it’s the first thing I had right after I gave birth to Stormi,” she added. In another video, Kylie and the I Am Cait star clinked their drinks together and offered a toast. “Cheers to us!” Kylie began, before Caitlyn said, “Uh-oh, are you spilling already?” as some of Kylie’s drink spilt onto the table.

The pair also recently appeared in a YouTube video, which showed Kylie doing her dad’s makeup for the first time. “So prepare yourself — it’s going to be really expensive,” she joked. “You’re charging?” Caitlyn hilariously replied. “My little Kylie is going to do my makeup! I’m so excited, she’s never done it before…my little baby — I used to change her diapers! This is her office.” Kylie and Caitlyn also opened up the decision to still call Cait “Dad” — even after her 2015 transition from Bruce. “I know we had a talk about it a few years ago and you were still okay with [Kendall and I] calling you ‘dad’ — how do you feel about that now?” Kylie asked. “It was one of the best decisions I ever made. I felt like I had to do it my way…I’m a dad, I’ve been a dad the whole way.” 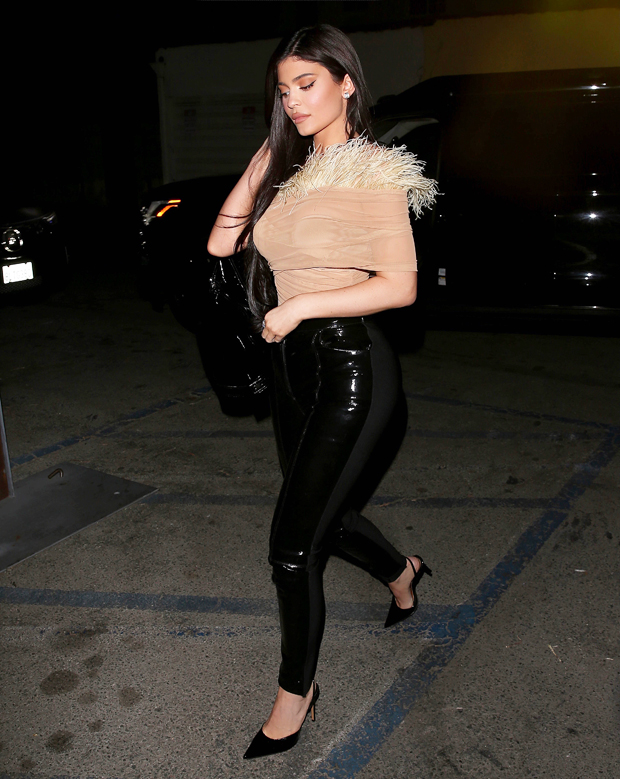 Kylie then added, “I was so supportive of you [during the transition],” explaining that she wanted her dad to “be free and live.” Their bond was only strengthened by the birth of Kylie’s mini-me daughter Stormi in 2018. “Is little Stormi into the makeup yet? Caitlyn asked. Kylie said her daughter was “very athletic” — just like Kylie’s Olympian dad!