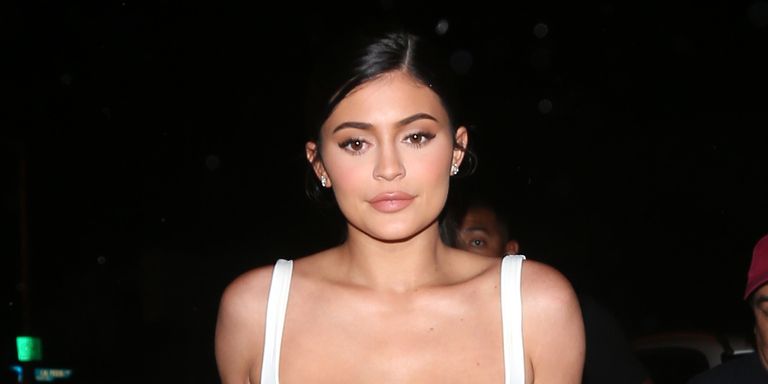 Kylie Jenner is no stranger to wearing a naked look, so it should come as no surprise that the makeup mogul rocked a bra and leggings when she went out to dinner last night.

Kylie was hanging out with her bestie, Jordyn Woods, as the pair got dinner at Craig’s in West Hollywood. But as the founder of Kylie Cosmetics just proved, you don’t have to wear formalwear when you go out to a restaurant.

Wearing a tiny white bralette, which skimmed her abs, and a pair of high-waisted, Alexander Wang leggings, Kylie showed off her incredible curves. She completed the outfit with a pair of Yeezy PVC mules, which are also loved by sister Kim Kardashian.

Kylie was recently spotted twinning with her sister, Kim, while out on a coffee run in Calabasas. The pair wore extremely similar outfits, consisting of neutral spandex leggings (Kim’s were dark green, while Kylie’s were neutral grey), skin-tight tops, and striking gold mirror aviator sunglasses.

The sisters have a sweet relationship, which even includes Kim publicly congratulating her little sibling on the birth of her first baby, Stormi Webster, with the most gorgeous tribute on social media: