The party continues. Lala Kent and her new fiancé, Randall Emmett, flew to Las Vegas on Sunday, September 2, to celebrate their engagement with the Vanderpump Rules cast.

The couple, who got engaged in Cabo San Lucas, Mexico, on Saturday, September 1, hopped on a private jet to fly back to the U.S. hours after the film producer popped the question in an elaborate proposal with a $150,000, 6-carat diamond ring.

“So, we were supposed to leave Mexico tomorrow but instead Ran decided why not celebrate in Vegas with my crew, so we’re headed back to the States tonight, on the plane, y’all,” Kent said in an Instagram Story video on Sunday.

The couple headed to TAO for dinner where they were joined by Jax Taylor, Brittany Cartwright, Tom Sandoval, Katie Maloney and Tom Schwartz for a multi-course feast of the restaurant’s signature dishes. 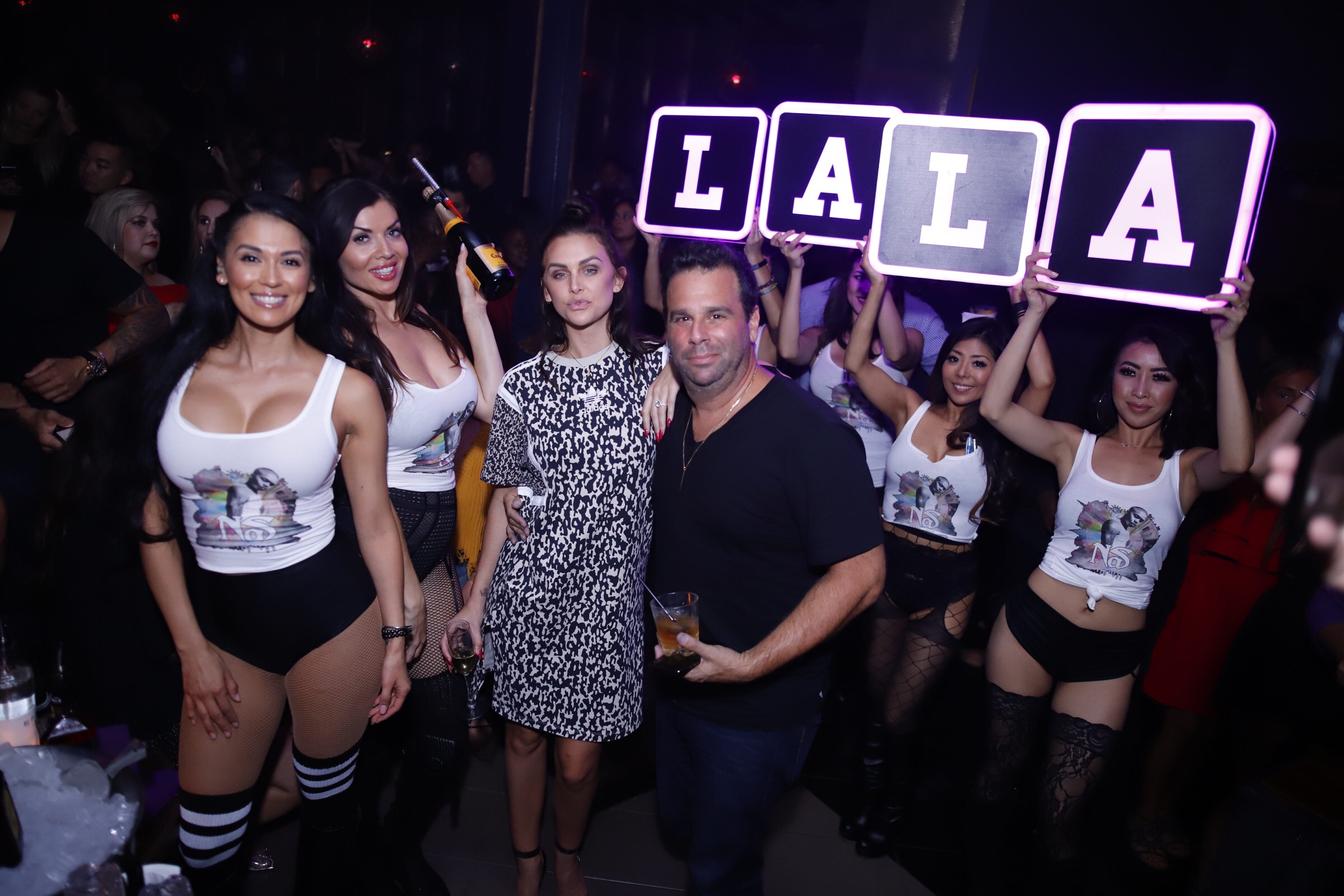 Sandoval gave a speech as the group toasted the couple with a round of shots before they sang “Happy Birthday” to the bride-to-be.

Festivities continued at Marquee, where an engagement photo of the couple on the club’s giant LED screen greeted the group as they arrived.

As Us Weekly previously reported, Emmett proposed on Saturday after surprising his girlfriend with a reel of scenes from her favorite show, Friends, that cut into a montage showing photos of their life together. As the clip ended, Kent turned around to find the 47-year-old down on one knee.

“I can’t stop calling him my fiancé,” the reality star, 28, told Us. “My face hurts from smiling! I just can’t believe I get to have this man forever. I’m the luckiest girl in the world.”