Lauren Sanchez was spotted sporting a massive, yellow, heart-shaped diamond ring on that finger! What could this mean for her and her billionaire beau?

Lauren Sanchez, 51, was seen out and about in Los Angeles on June 14, wearing floral yellow pants, a crop top, sunglasses, and, oh yeah, a heart-shaped diamond ring on her engagement finger that could be seen from SPACE! In photos you can see here, the former Good Day LA co-host is photographed exiting her car while wearing the yellow diamond ring.  Of course, now the rumors will swirl that her boyfriend and former Amazon CEO, Jeff Bezos, 57, has popped the question, one month before he is to launch himself into space on July 20. 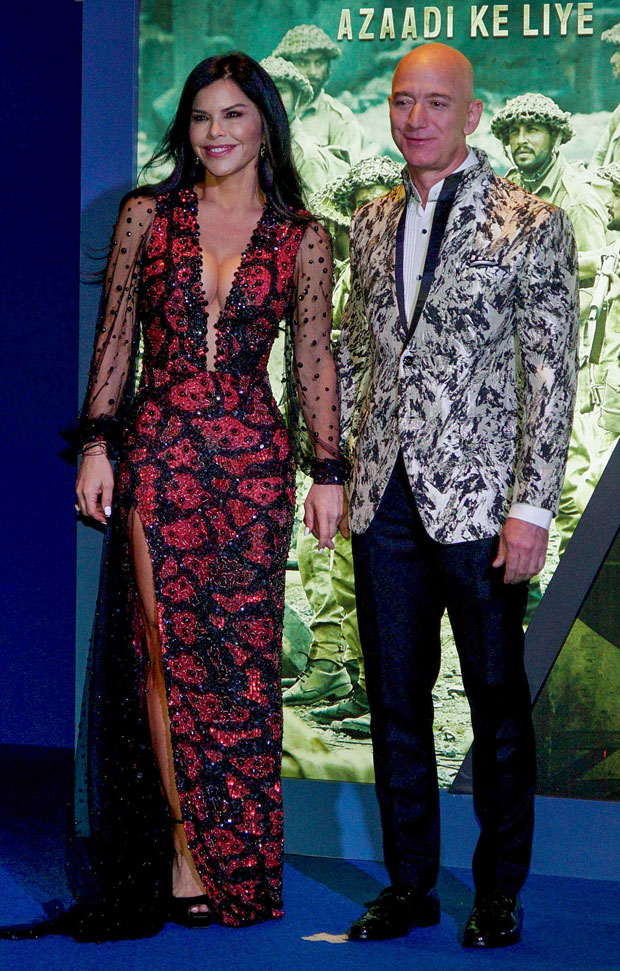 Of course, this would be a happy ending to a romance that had, shall we say, a rocky start. Jeff and Lauren’s romance was publicly outed in January 2019,  just weeks after settling his billion-dollar-divorce with ex, MacKenzie Bezos. Their romance caused quite the scandal, given that at the time the first got together, Jeff and Lauren were both still married to other people. In fact, it was through Lauren’s then-husband, co-CEO of Hollywood powerhouse agency WME, Patrick Whitesell,56, that the two met. But it seems they’ve put their past behind them now.

While no official engagement statement has been made  confirming any happy news, what we do know is that Jeff is gearing up to make his childhood dreams come true by flying to space. In an Instagram video shared on June 7, Jeff shared his excitement about taking his first flight alongside his brother, Mark.  “Ever since I was five years old, I’ve dreamed of traveling to space,” he wrote in his announcement. “On July 20th, I will take that journey with my brother. The greatest adventure, my best friend.”  The trip will be the first human flight launched by his space company, Blue Origin.

While the trip is sure to be a momentous occasion for Jeff and his brother, it is also an opportunity for Jeff to beat SpaceX founder and CEO, Elon Musk, in the race to space. In April 2021, Elon poked at Jeff’s Blue Origin company with a “failure to launch” pun on his Twitter. “Can’t get it up (to orbit) lol,” Elon wrote after his team beat out Jeff’s in a bidding war for a 2.9 billion contract from NASA, to build a moon lander for the Artemis moon program. Ah, the jokes made in an very exclusive billionaire’s boys club, huh?