Lewis Hamilton, 34, reflected on a “special day” for Mercedes “as a team” after he won the Russian Grand Prix this afternoon. In view of his 12.9 million Instagram followers, the Formula 1 driver posted a photo of himself sharing a celebratory hug with his teammate Valtteri Bottas, 30, following their impressive achievements in the race. Lewis was quick to credit the Finnish star for his “fantastic” role in gaining a one-two finish after Ferrari rival Sebastian Vettel broke down, while Charles Leclerc dropped from first to third. He captioned the post: “Teamwork makes the dream work. A special day for us as a team.

“Valtteri did a fantastic job to help secure a 1-2 today.

“This team continues to amaze me with its spirit, hard work and dedication and I am so proud to be able to contribute to their success, to be a part of it. Thank you to all at @mercedesamgf1.”

Fans took to the comments section of Lewis’ post to share their thoughts about his performance in the Grand Prix.

One person wrote: “So proud of you both today onwards and upwards!!”

Another added: “Congratulations! You deserve it. sixth title incoming.” 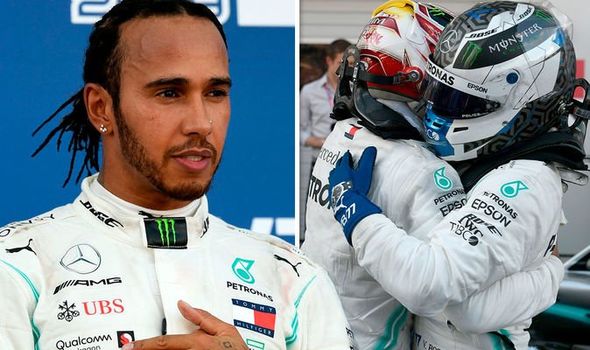 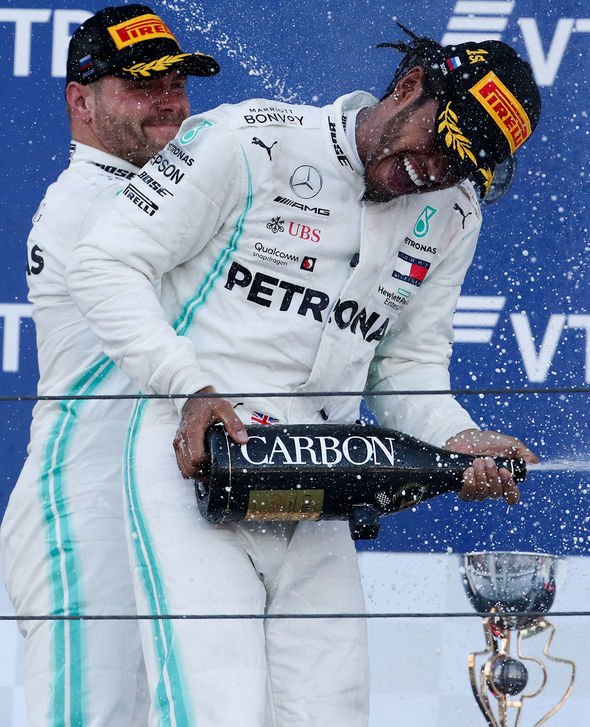 Lewis opened up about his victory after the race, which many expected Ferrari to dominate.

He said: “It’s incredible to have this result today considering how quick [Ferrari] were off the start.

“Just keeping up with them was the real incredibly hard task. But we haven’t given up and we keep pushing.

“Honestly I try not think about the championship. One step at a time, one foot in front of the other – we don’t want to stumble.”

The British champion’s comments about the Russian Grand Prix come after he shared some words of wisdom with fans ahead of his Singapore Grand Prix loss last week. 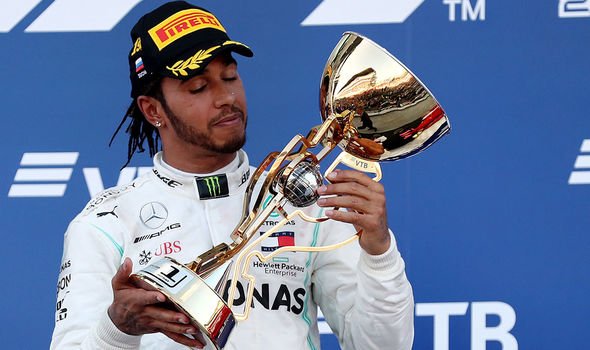 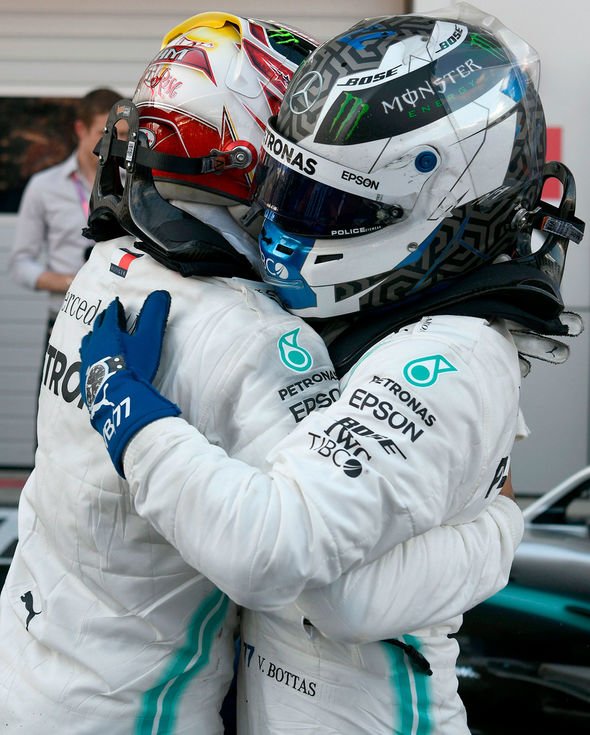 Lewis shared a photo of himself on Instagram looking focused in his Mercedes-AMG Petronas Motorsport racing gear.

He defiantly told his followers in the caption: “Don’t ever be afraid to be yourself, change for no one,

“Give zero f**ks what people think and focus on being the best YOU you can be.

“Only you will know who and what that is. Sending you all positivity.”

The sportsman then added the hashtags: “#teamlh #wewinandwelosetogether.”

The racing driver went on to finish in fourth place in the race, losing out to Sebastian Vettel.