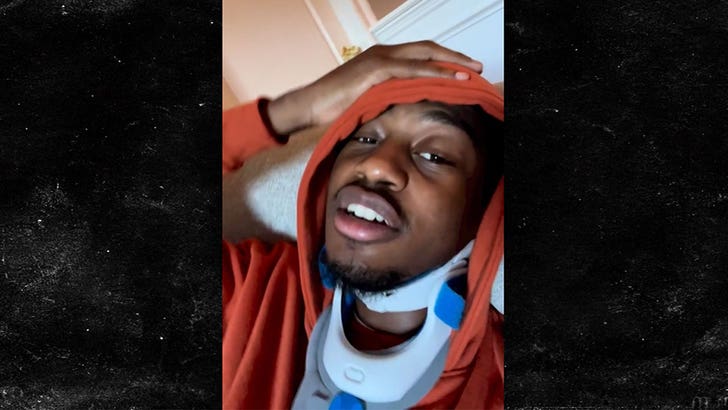 8:21 AM PT — 8/26 — Lil Tjay has addressed the shooting head-on — via his comeback song “Beat the Odds” where he admits there’s no shame in his game from being shot 7 times.

In the official video, he recreates scenes from the shooting and hospital for a vivid depiction.

Lil Tjay‘s making a grand return to the ‘gram — his post on Wednesday is his first controlled appearance since being shot back in June, and he says he’s got new music on the way.

The “Trench Baby” rapper was still in a neck brace as he addressed his 7 million Instagram followers with a bit of weary energy … thanking them for their countless DMs and support through his recent rough patch. 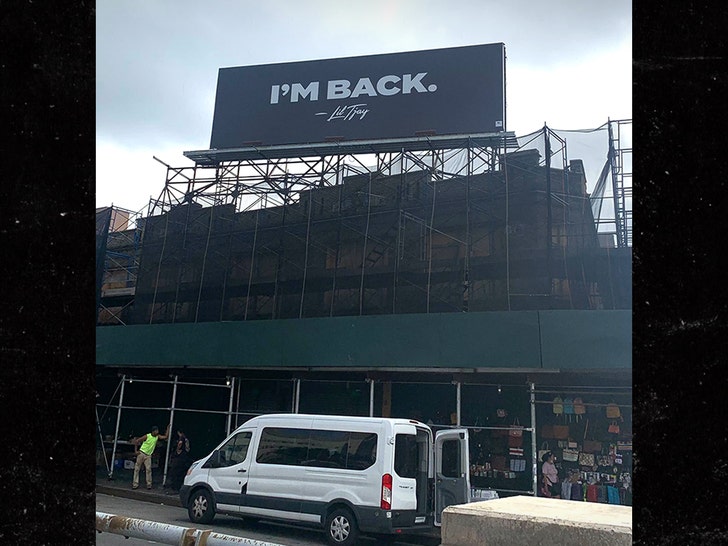 His PSA follows the Bronx billboards popping up in his hometown simply telling the world he had returned and he doubled down and promised fans music was coming.

Tjay also acknowledged he was shot seven times — as well as being one of the lucky individuals able to survive such acts of violence. 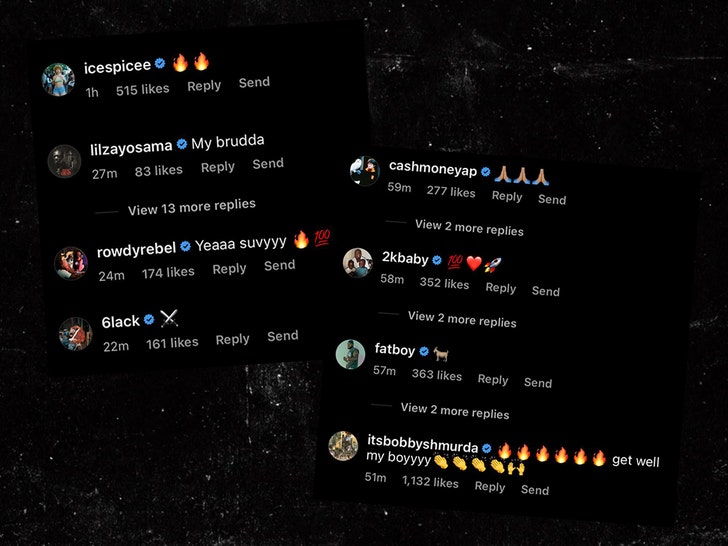 TMZ Hip Hop broke the story … Tjay underwent emergency surgery after he and another friend were shot during a botched robbery in Edgewater, New Jersey on the morning of June 22.

Police identified a man named Mohamed Konate as the assailant, charging him with 3 counts of attempted murder while 2 of Tjay’s accomplices were slapped with gun charges.