Louise Minchin returned to the BBC Breakfast studio this morning to host the show alongside her co-star Dan Walker. The presenter could be seen with her foot in a protective boot and a pair of crutches to her left as she sat on the famous red sofa, in a picture she shared on social media.

“Good morning, I am very glad to be back on #BBCBreakfast with my most elegant boot!” she wrote on the picture-sharing site, in view of her 65,800 followers.

In the snap, a smiling Louise sat with her leg on the table while pointing to her injury.

Her co-star appeared to be pretending that he also had a painful foot. 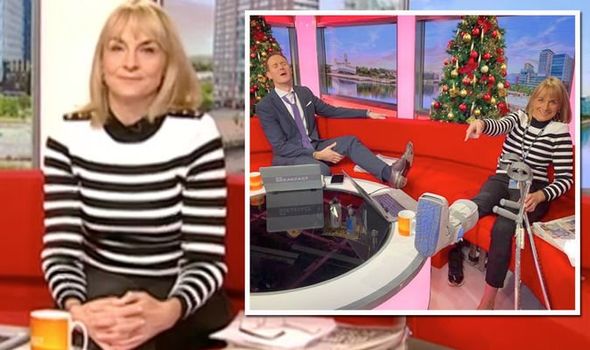 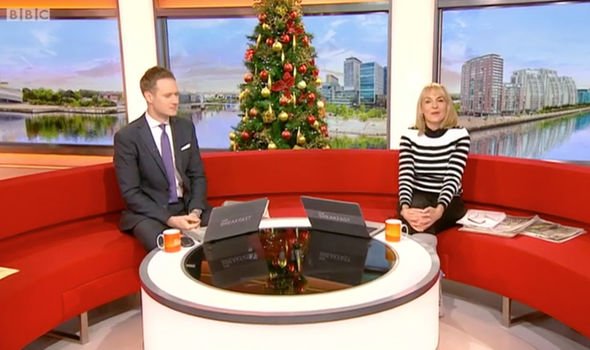 “SO pleased to see you back!!! You two are my favourite morning faces!” one viewer wrote next to the picture.

“Welcome back Louise! We’ve missed you!” another added.

“Great to have you back on the red sofa,” a third social media user added. 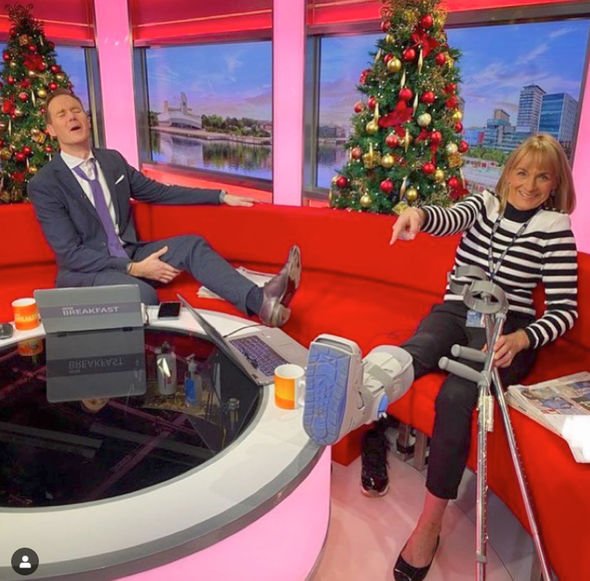 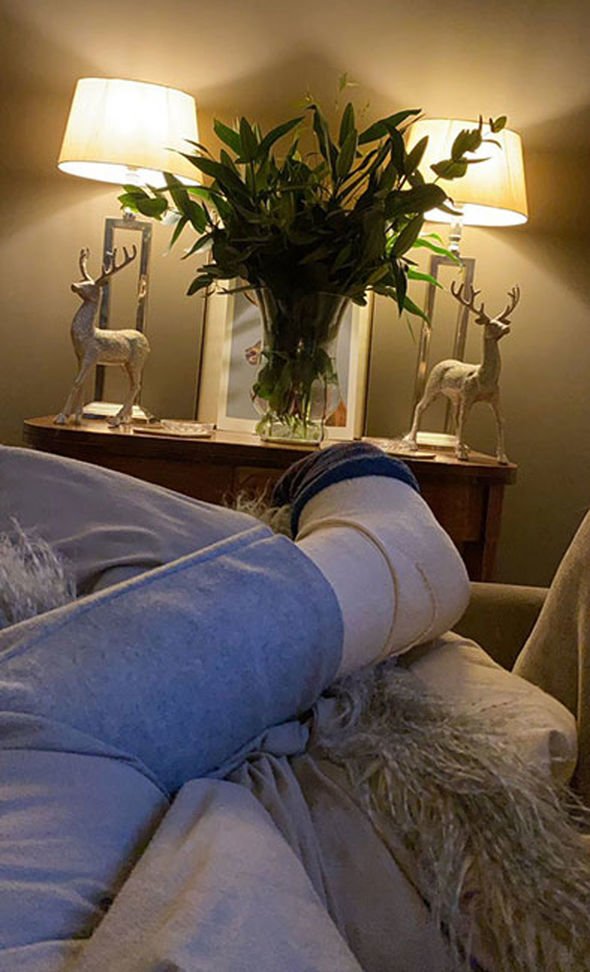 “She’s back! The boot is on and I even made her a cup of tea,” he captioned the image.

“So pleased you are back. You and Dan are such a combo,” one person wrote beside the snap.

“The A Team are back,” another fan gushed.

“Great to see you both reunited on the red sofa.. Dan, keep making the cups of tea for Louise…” a third person wrote.

Earlier in the week, Louise explained her recent absence from the morning programme and detailed her injury.

The TV star star branded herself an “idiot” after failing to get her ankle checked after sustaining an injury during training for a triathlon last year.

“Instead of seeing a doctor I wrapped it, iced it, took some painkillers, and stopped running for three weeks before Norseman,” Louise explained.

“It worked, and although it was tough, I finished the 3.8km swim, 180km bike ride and marathon, limping but ecstatic at the sense of achievement.”

Louise continued: “After that, my foot clearly wasn’t fixed but I keep on going from one event to another, always finding an excuse not to get it checked.

“I did a further three ultra-events before finally, after a challenging 26.2 miles on the Sandstone Trail, went to the doctor.”

She then revealed that she had broken a bone in her foot and also snapped an ankle ligament.

After surgery to reconstruct her ligament, Louise admitted she has no idea how long it will take to recover.

But told fans that being on crutches had made her realise how lucky she was.