The couple met inside the ITV villa before immediately hitting it off on Love Island last year.

The sad news was confirmed via Jack’s official Instagram page.

In an emotional statement, Jack said: “There is no easy way to say this and it isn’t going to be an easy time but me and Dani are not in a relationship anymore.

The former pen salesman added: “We have some amazing memories together and have been through a lot but sometimes things aren’t meant to be and we really did try to make it work, but unfortunately it didn’t and that is life.

“That’s all I have to say, a break-up is heard enough as it is for both of us let alone in the public eye, so I hope everyone is considerate and understands this.”

Dani is yet to speak out on the sad news. 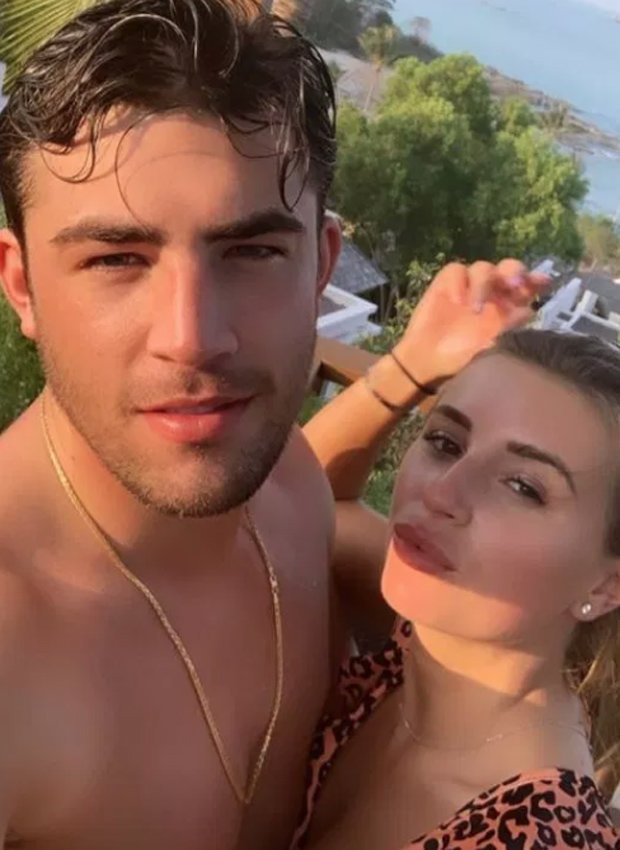 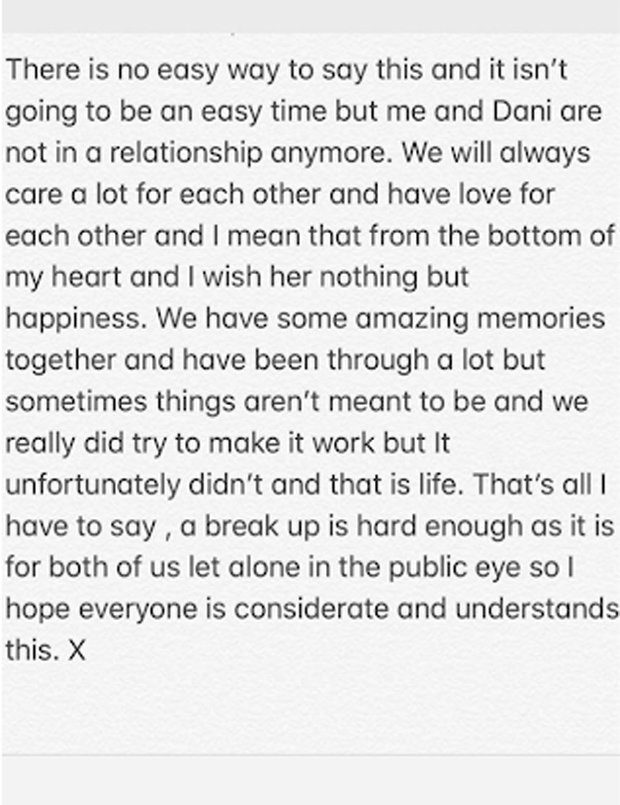 Jack and Dani had only been together for a matter of months before calling time on their romance last year.

In a public spat, Dani took to Instagram in December to reveal they had gone their separate ways, claiming it was Jack’s “lack of respect” that pushed her to the brink.

However, days later, they were back together once more. 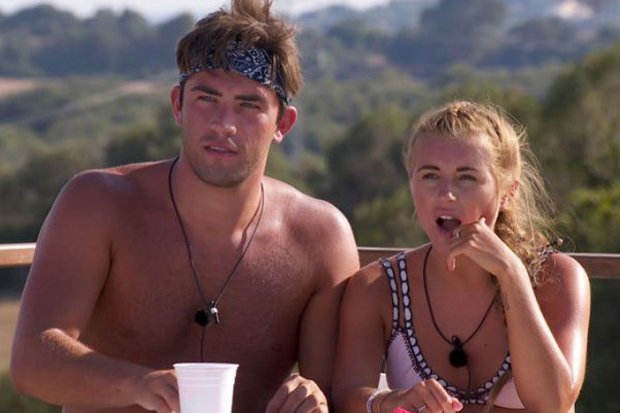 Speaking frankly about their troubles on The Jonathan Ross Show, Dani said: “When we first came out of Love Island, we moved into a flat together and we started filming [our own] show.

“It was sort of way too much and our flat became a work home.”

She added: “It was really hard because we weren’t having those exciting times where you miss each other.”

Revealing she found it hard to share an apartment with her man, Dani said: “He’ll drink a can of coke and then leave it in the fridge, then I would get so upset about it and we’d be rowing over a towel, the row would be over a towel because I’d be like, ‘Where is your respect for me?’

“It’s always over something silly.”