Coronation Street star Lucy Fallon, 24, shared her frustration at the Conservative Party winning the General Election 2019 on her Twitter account. She shared a meme of Gemma Collins having a diva meltdown, as Boris Johnson returns to Downing Street as the elected Prime Minister.

The clip was taken from the TOWIE star’s time on Celebrity Big Brother.

Gemma is heard saying: “F*** this I am out of here! Get that fire exit door,” as she jumped out of bed in the middle of the night.

Comparing herself to Gemma’s sentiments, Lucy retweeted the clip from the account Gemma Collins Memes which included the caption: “Me after the exit poll.” 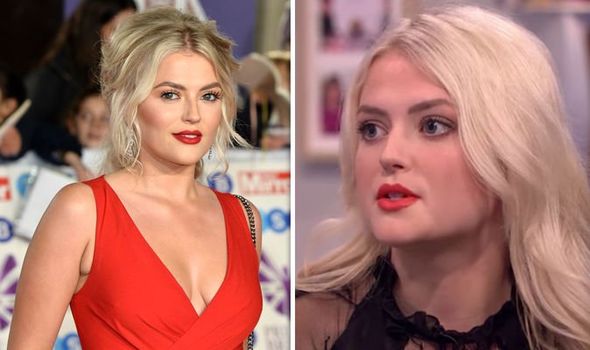 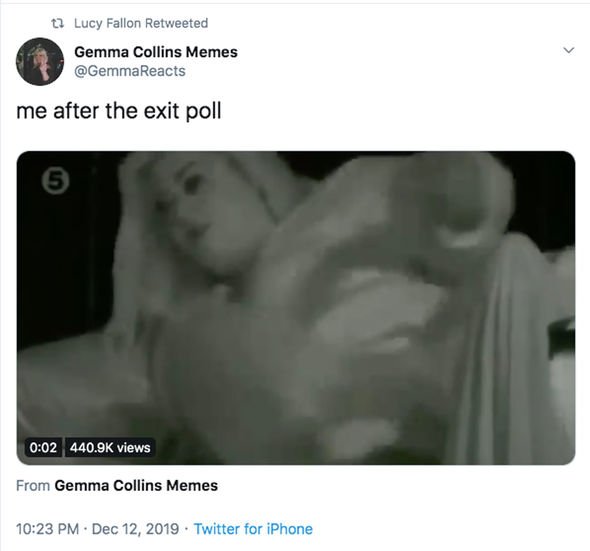 Sharing a quick video of her making the peace sign after voting, she then shared a clip of Justin Timberlake’s 2002 hit Cry Me a River.

She included the lyrics: “The damage is done, so I guess I be leaving.”

This was then followed by a lengthy quote that appeared to insinuate that the election results were indicative of “xenophobia” and “hate crimes”. 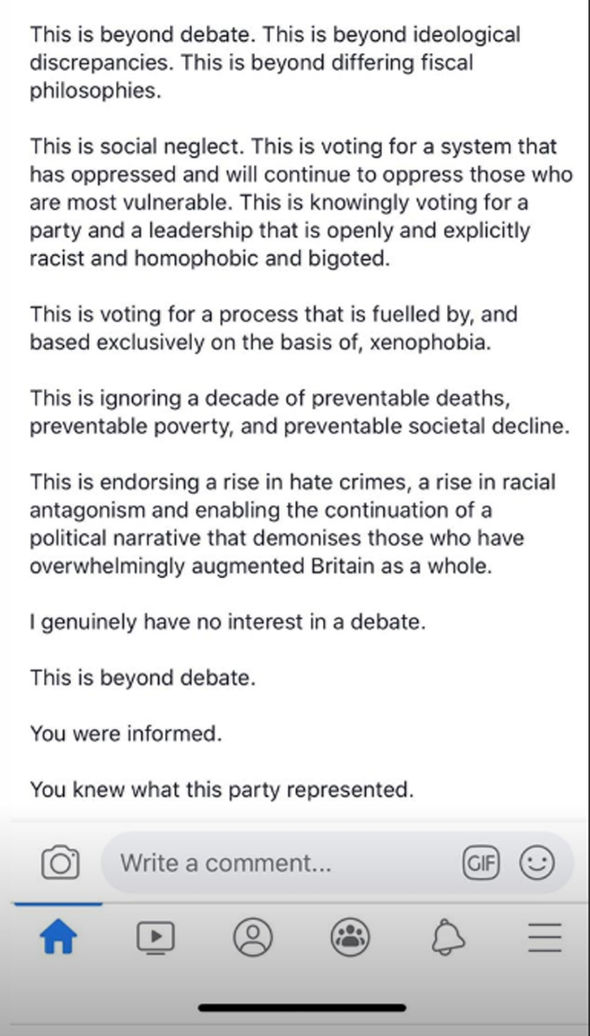 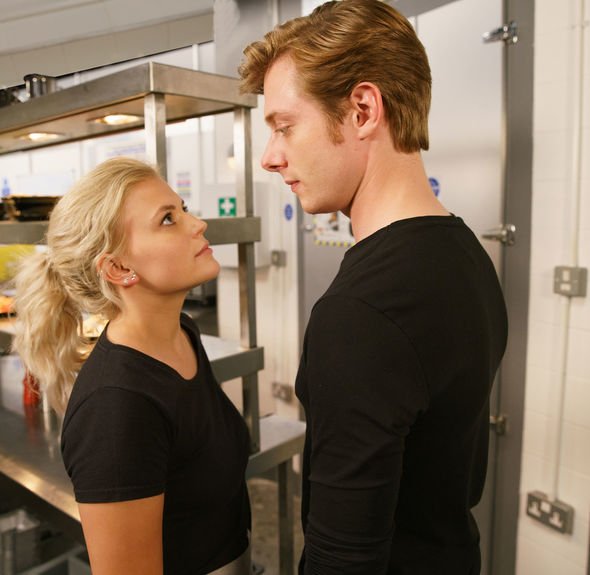 “This is beyond differing fiscal philosophies.

“This is social neglect. This is voting for a system that has oppressed and will continue to oppress those who are most vulnerable.

“This is knowingly voting for a party and a leadership that is openly and explicitly racist and homophobic and bigoted.

“This is voting for a process that is fuelled by, and based exclusively on the basis of, xenophobia.

“This is endorsing a rise in hate crimes, a rise in racial antagonism and enabling the continuation of a political narrative that demonises those who have overwhelming augmented Britain as a whole.

“I genuinely have no interest in debate. This is beyond debate.

“You were informed. You knew what this party represented.”

In the lead up to the election, the award winning actress had retweeted many posts supporting Labour.

This included a tweet which said that “young Tories” are due to “rich parents” among other claims.

The tweet read: “A reminder young tories only exist because of one of 3 reasons: 1: Rich Parents. 2: To feel moral superiority and differentiate themselves from most other young people to be contrarian.

“3: because they have their first job out of uni and now think they’re billy big b*****s.”

*Express.co.uk has reached out to Lucy Fallon’s representatives for comment.