Megan Fox and Machine Gun Kelly’s unexpected relationship has been making headlines for over a year now.

In a recent interview, the “Papercuts” rapper opened up about how being with Megan Fox changed his life and gave him a reason to live.

Here’s what he said about the Jennifer’s Body star.

MGK and Fox first got together on the set of the Randall Emmett film Midnight in the Switchgrass. At the time, Fox was married to actor Brian Austin Green, with whom she shares three children. Kelly was dating someone else, and he also has a daughter from a previous relationship.

After spending time together on set, the two separated from their respective partners and quickly started seeing each other. For the last year and a half, the unconventional couple has been making headlines for their public appearances together and comments about one another on social media.

Fox has referred to Kelly as her “twin flame” and said that their relationship is “handled for us by our ancestors and the spirits and energies that are watching over us.” 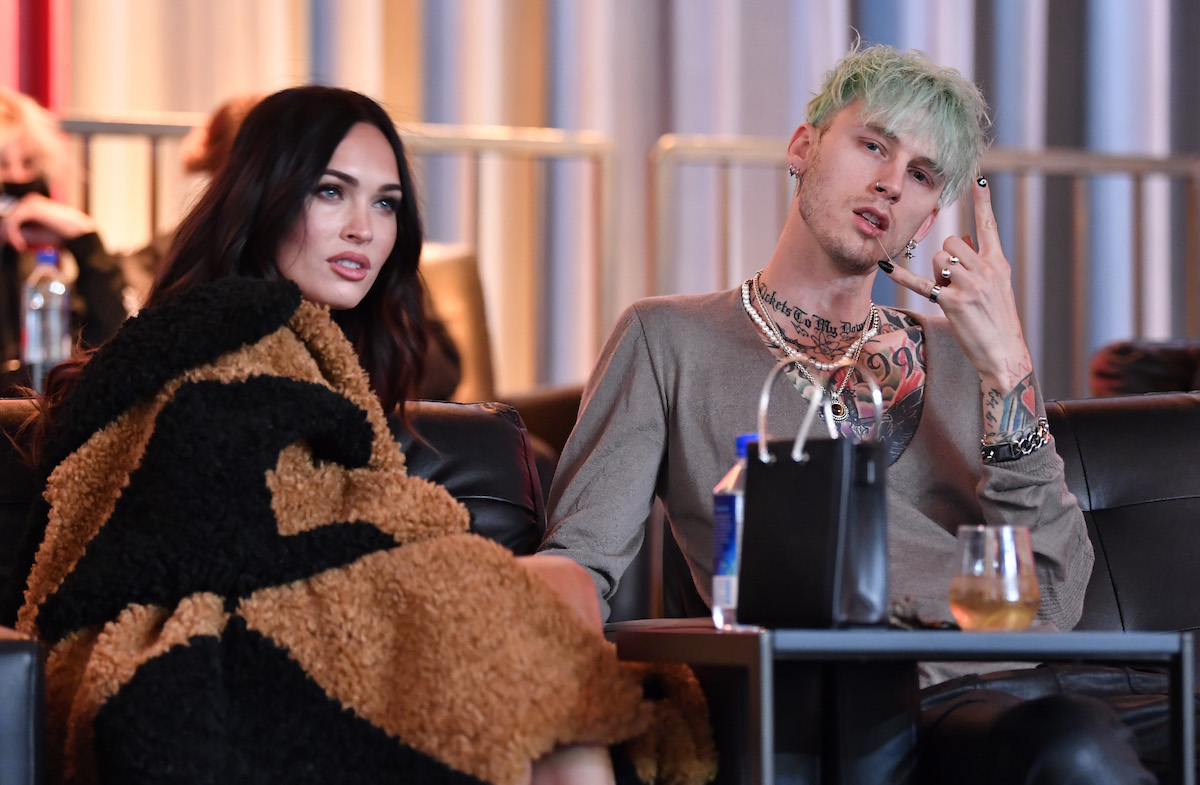 MGK’s parents were missionaries, so the rapper grew up moving all over the world with little stability until settling in Denver with his father. By that time, his mother had left the family.

In an Oct. 2021 interview with British GQ, Kelly said that he had never experienced the kind of love he shares with Fox before. “I came from broken homes, and I watched love never work,” Kelly explained. “Then I grew up where in pop culture they don’t even make romantic movies anymore. It hurts my soul that I wasted 30 years of my life not having any desire.

“Dude, I was down to die. I was good. I was like, ‘Alright, got music out there. That’ll hold me down.’ You know, my daughter is the best extension of me, and she’s going to be better than I am. And I’ve seen some shit, so I’m good to go.’”

Kelly continued to say, “I’ve lost so many friends to suicide. Love gave me a reason to stay here.” As if feeling like he had divulged too much, Kelly turned to Fox at this point in the interview and said, “Please shut me up. I love you.”

The rapper said that Megan Fox fuels his creativity

Besides giving him a reason to live, Kelly also credits Fox with sparking his creativity and reigniting his passion for music. They are both very artistic and supportive of each other’s work.

“It’s almost like she reconnected a wire in my brain,” said MGK. “Creativity won’t stop coming out.”

Kelly had already written half of his latest album, Tickets To My Downfall, before meeting Fox. He wrote the other half afterward. The “Candy” rapper said he found it easier to express himself to Fox through his music and that his songs explain his emotions more accurately than his words.

“I’m just better at speaking with my music,” MGK said. “I couldn’t express myself the right way to her, so I brought her a song. It says everything. It’s the simplest guitar line with the purest form of how one could feel about another person and representing how they love each other.”

Fox and Kelly have continued to collaborate since working together on Midnight in the Switchgrass. Fox famously appeared in MGK’s music video for “Bloody Valentine” in May 2020, which sparked the first rumors that they were dating. The “Transformers” actor also frequently attends her boyfriend’s live shows.

They are working on a top-secret film project together this fall, but further details aren’t known at this time.