YouTuber and TikTok star Madilyn Bailey is one to watch this season on ‘AGT.’ HL spoke EXCLUSIVELY with Madilyn about her upcoming performance, revamping an iconic jingle, and more.

Madilyn Bailey made quite the first impression during her America’s Got Talent audition. She performed an original song that was comprised entirely of hate comments. It could have been a disaster, but Madilyn’s amazing vocals and creativity impressed the judges. HollywoodLife got the chance to talk EXCLUSIVELY with Madilyn about her decision to perform such a unique song.

“I knew it was a risky choice going into it because it’s not necessarily like a normal song that I would sing,” Madilyn told HollywoodLife while discussing her partnership with Cotton Incorporated. “But going on to the show, I knew you have a very limited amount of time for the first episode. I was like, well, what can differentiate me from all the other singers that are going to audition? What can show personality? And I was like… the hate comments song. Either they’re going to love it, or they’re going to hate it. Either way, it will open a really important conversation about online culture and online bullying. I think that my song kind of takes an approach to it that’s more empowering. Basically accepting that if you’re going to put your meaningful content out there, you’re going to attract haters. So instead of letting that hate bring you down, let it empower you and let you know that you’re on the right path.” 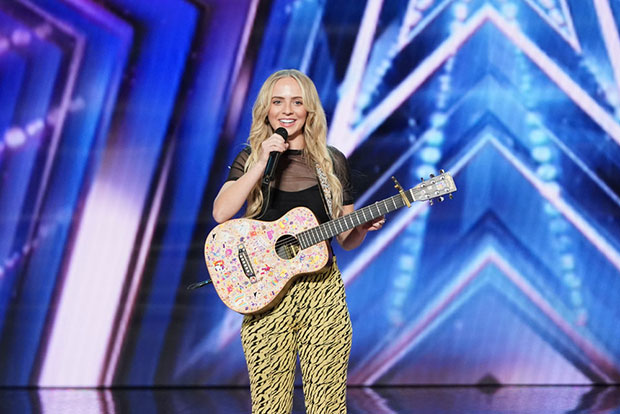 Madilyn has made it to the quarterfinals of AGT season 16. HollywoodLife asked about Madilyn’s next song choice. Could her hit “Red Ribbon” make the cut? “That one’s on the list,” she said. “I have a list of songs for sure. The next song that I sing is going to be one that shows off my vocal abilities a little bit more.”

The singer has over 2.5 million followers on TikTok. Madilyn revealed the reason why she decided to audition for AGT amid her TikTok fame. “I’ve always been a huge fan of AGT because I think it’s really about the whole story,” Madilyn told HollywoodLife. “It’s not just about a vocalist or an artist, it’s about the entire story around it. I think I have a pretty cool story. You know, 2020 came and kind of shut down the whole world, and all my tours got canceled, and singing for live human faces is just an experience that I cannot replace. I make videos for the Internet, and people see my face a lot. But actually being able to see the people behind the screen is so important to me and the most amazing experience ever in life. I just wanted to be able to do that as much as I can on the biggest scale that I can for as long as I can.”

Madilyn has also teamed up with Cotton Incorporated to reinvigorate the brand’s iconic “The Fabric of Our Lives” jingle. She revealed how this partnership came about. “I was so excited because I remember when I was growing up listening to these jingles on commercials and singing along to them. They’re a part of my childhood, so my name getting to be added to the list of amazing artists that have reinvented it throughout the years is such an honor,” Madilyn said. “And then being able to bring it to TikTok, which is one of my favorite platforms right now is really exciting.” 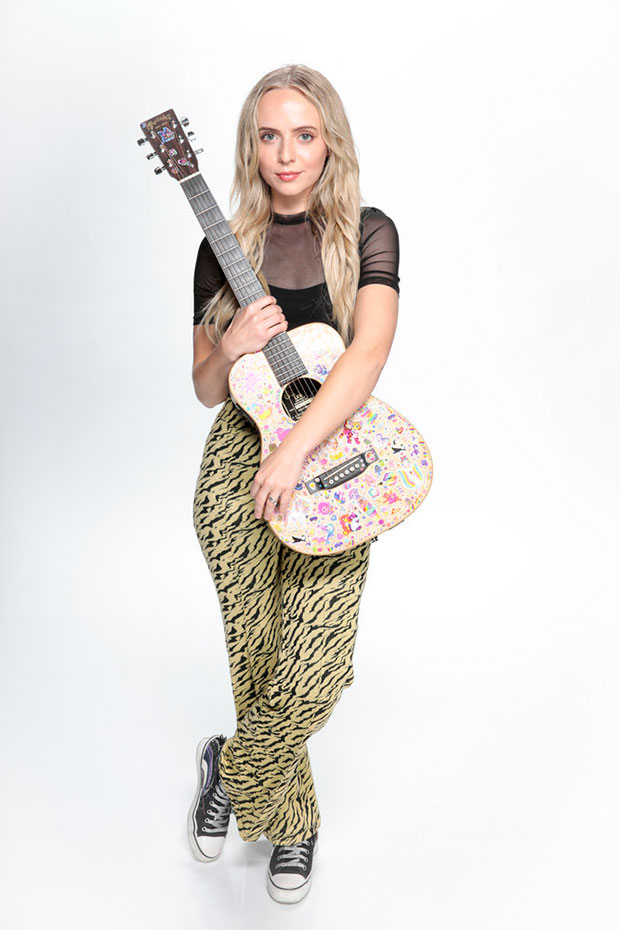 She continued, “Cotton was like, ‘Well, what if you ask your audience for clothing items that mean something to them, and then you write songs about it?’ And I’m like, ‘This is literally perfect.’ It’s literally what I do. What I found so incredible is that people have such a strong emotional attachment to their clothing items. They were sharing these incredible stories, these really funny, cute, sentimental stories.”