Date night in! Artem Chigvintsev proved that his talents reach beyond the dance floor when he cooked dinner for Nikki Bella.

The Dancing With the Stars pro, 36, whipped up a delicious meal for the wrestler, 35, on Monday, April 15, and took to his Instagram Stories to show off his skills in the kitchen.

The duo’s cozy evening came days after the Total Bellas star exclusively told Us Weekly that she and Chigvintsev are “dating heavy. Like, I only stay the night at his house. Let’s put it that way,” she revealed. “But I don’t like the titles ‘boyfriend and girlfriend.’ It freaks see out.”

Although the E! personality would rather avoid labels, she admitted to Us that she wouldn’t feel comfortable seeing the ballroom dancer with another woman. “I think I would have to see it to feel it,” she said on April 5. “I probably would actually be bothered. … I am at a different place, so I might actually be like, ‘OK, this is not meant to be. Next.’”

Bella confessed in a March episode of her “Bellas Podcast” with twin Brie that she is seeing Chigvintsev. “Yeah, we’re dating. … There’s been a lot of speculation about us … but I’m still dating [other people],” Bella, who broke off her engagement to John Cena in April 2018, explained. “We’re having fun. He’s showing me L.A.”

The Total Divas star added that she and the ABC personality are “sleeping together” and he’s a “great kisser,” but they still aren’t exclusive: “Yes, I spent the night at his house. … We’re not engaged. We’re not married. We’re not boyfriend and girlfriend. We don’t say ‘I love you.’”

Us broke the news in January that Bella and her DWTS season 25 partner had started dating.

Scroll down for photos of Bella and Chigvintsev’s romantic evening! 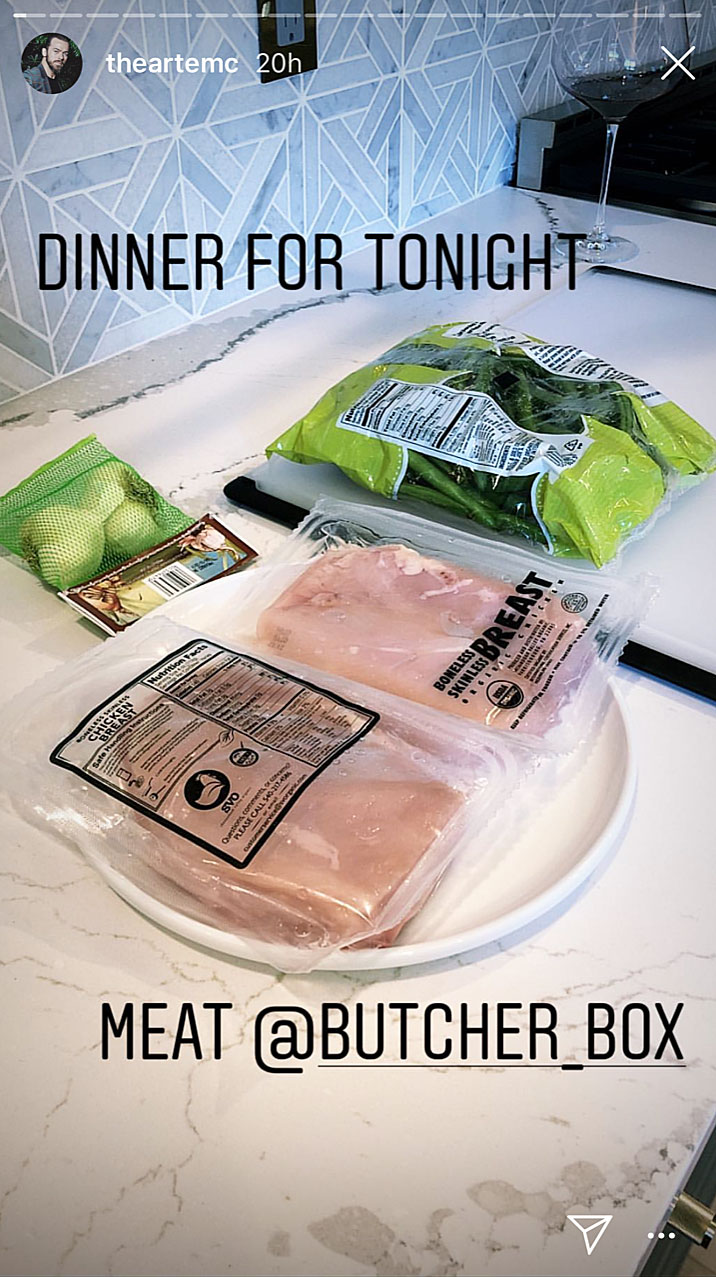 Chigvintsev showed fans his ingredients — chicken and green beans — while preparing for the meal. 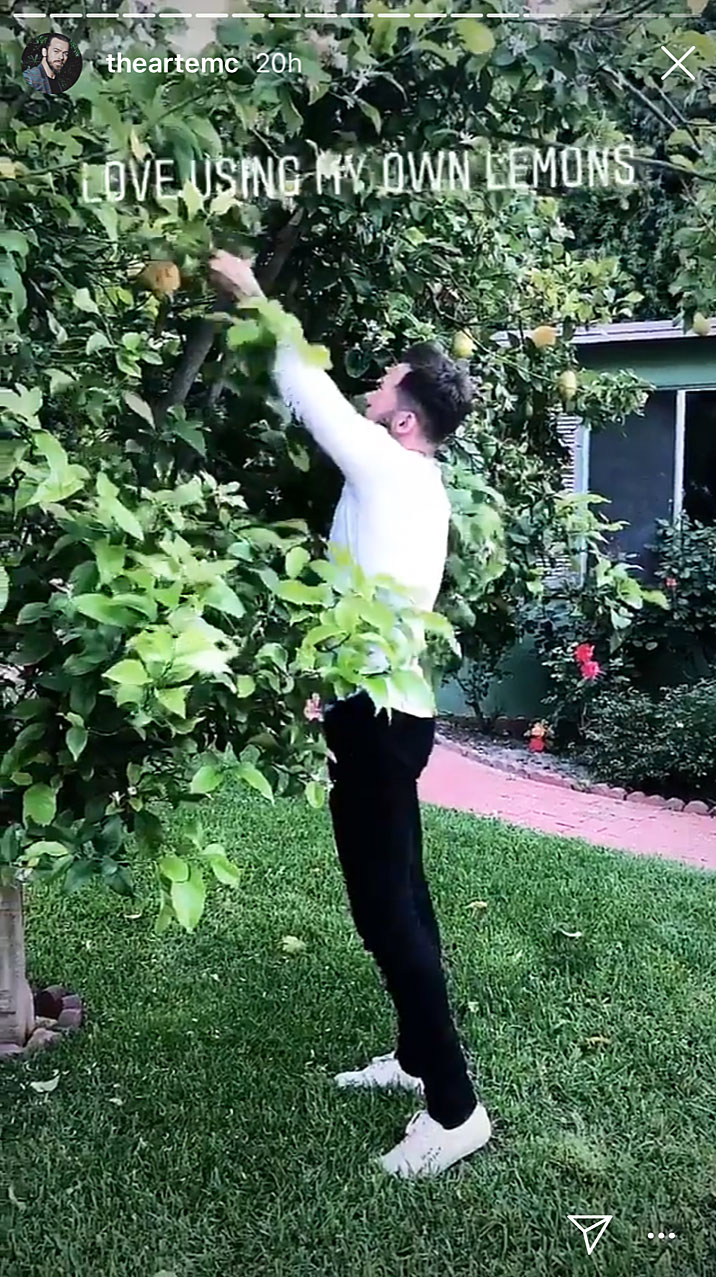 The Russian dancer picked fresh lemons from his garden to add flavor to the dinner. 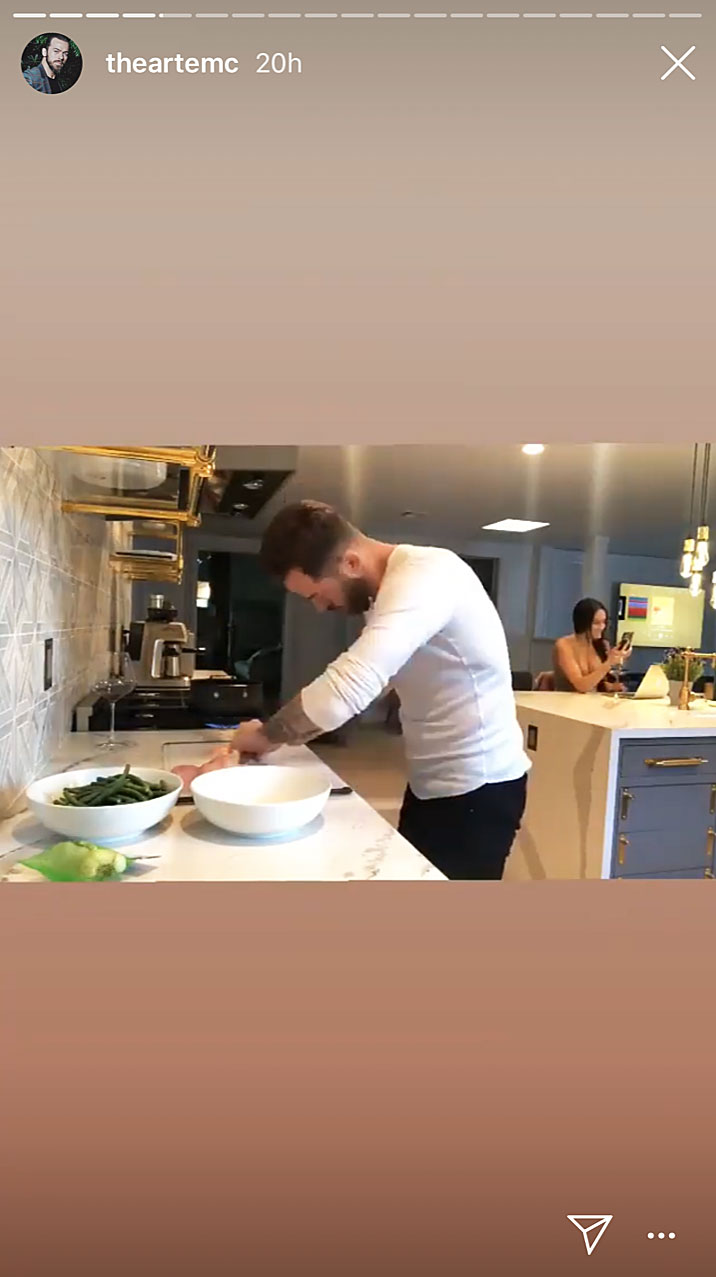 Bella proudly watched her beau do his thing. 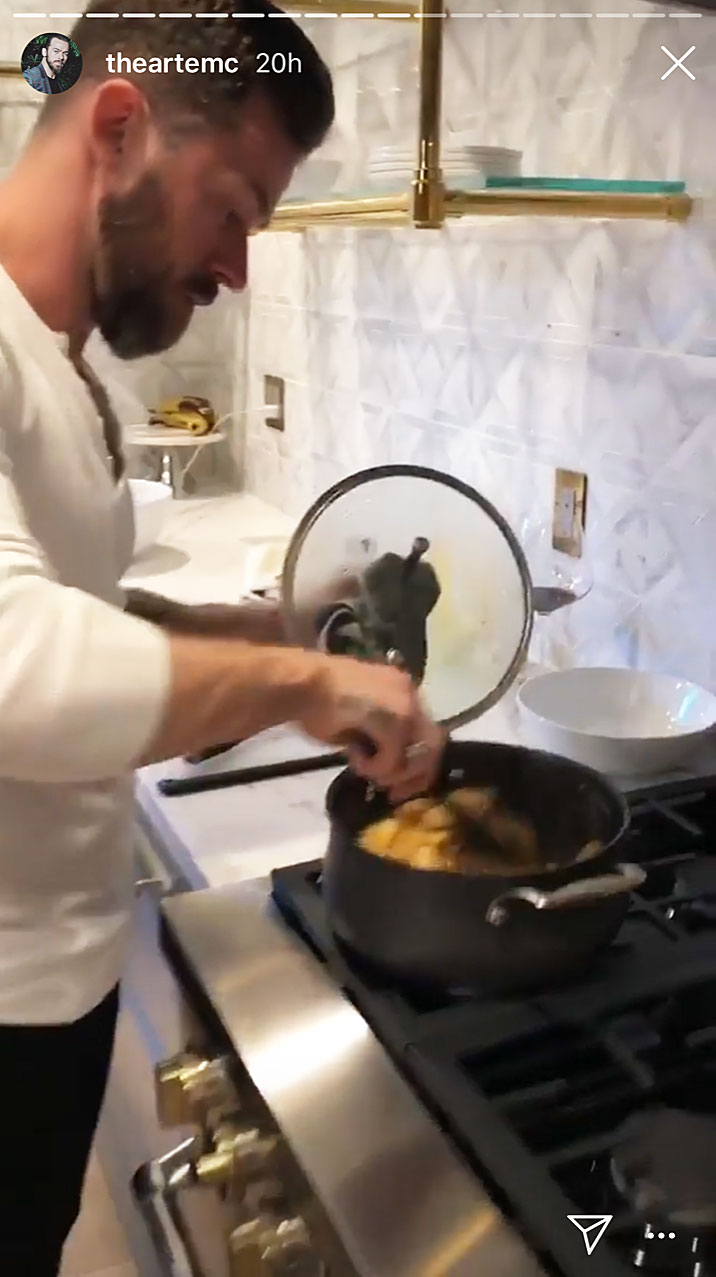 Chigvintsev stayed focused as he cooked the delectable meal. 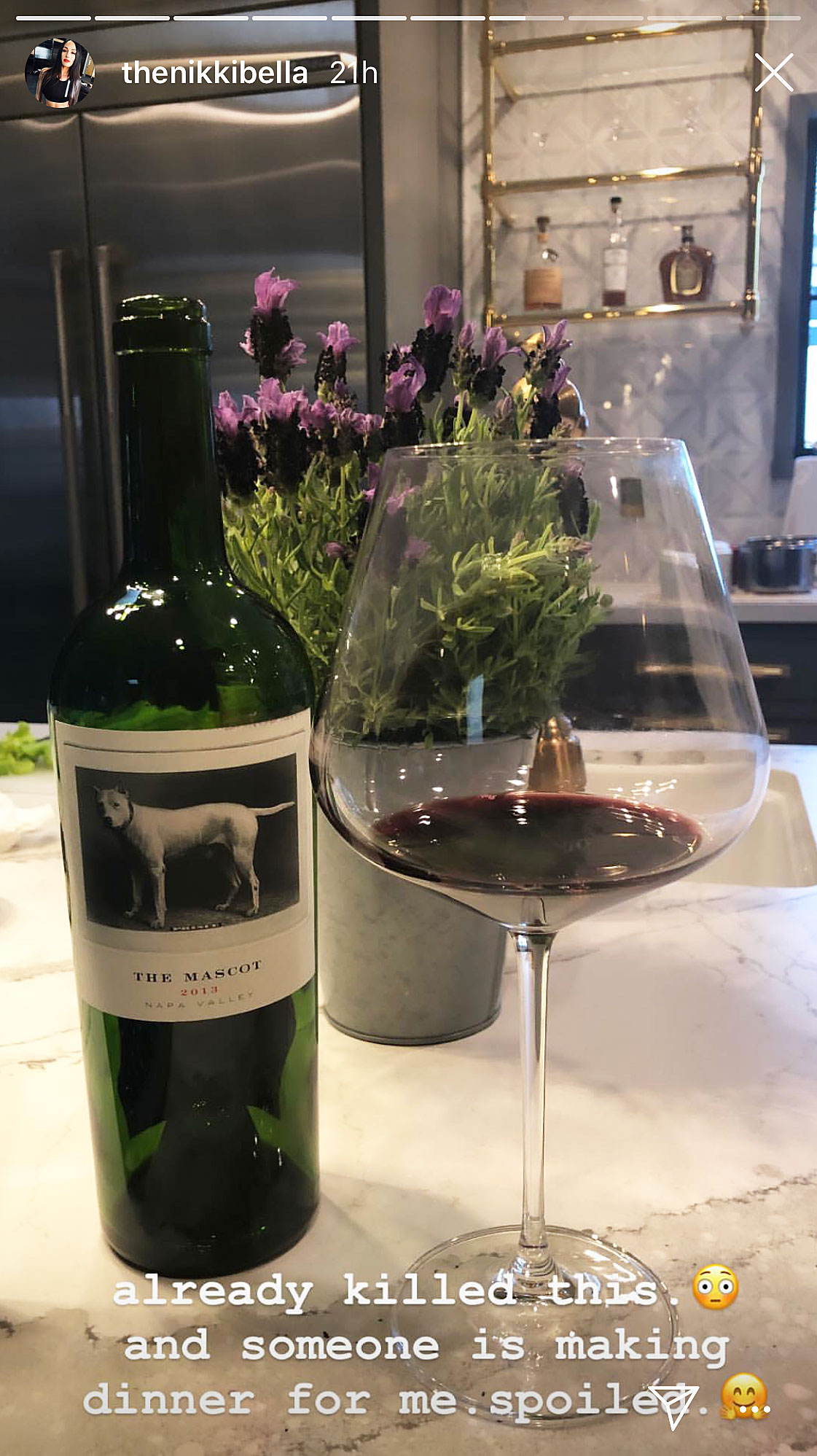 The former WWE star sipped red wine while waiting for dinner to be served.