Dust off your platform shoes, get out the flares and hotpants – Abba are back making music.

The Swedish group, who dominated the pop charts between 1974 and 1982 with hits such as Mamma Mia and Dancing Queen, have recorded their first material in more than 35 years.

The four-piece have provided two new songs for a tour featuring computer-generated Abbatars – avatars of the band as they were in 1979.

Agnetha Faltskog, 68, Bjorn Ulvaeus, 73, Benny Andersson, 71 and Anni-Frid Lyngstad, 72, announced the news in a joint statement on social media yesterday. They reunited to help with the virtual reality project and said they ended up recording the songs as an ‘unexpected consequence’. 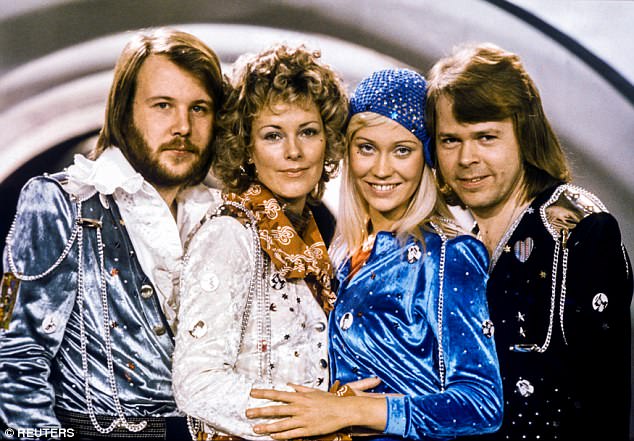 The history book on the shelf: Abba after winning the Swedish branch of the Eurovision Song Contest with their song Waterloo

‘We all four felt that, after some 35 years, it could be fun to join forces again and go into the recording studio. So we did,’ they said. ‘And it was like time had stood still and that we had only been away on a short holiday.

An extremely joyful experience!’ One of the new songs, I Still Have Faith In You, will feature in the first concert of the tour, which will be shown on the BBC in December. The avatar show will then be taken worldwide next year.

Although Abba split in 1982 after ten years, they retain legions of fans, thanks to their songs being constantly on the radio and the success of Mamma Mia, a stage musical featuring their hits that has spawned two films. 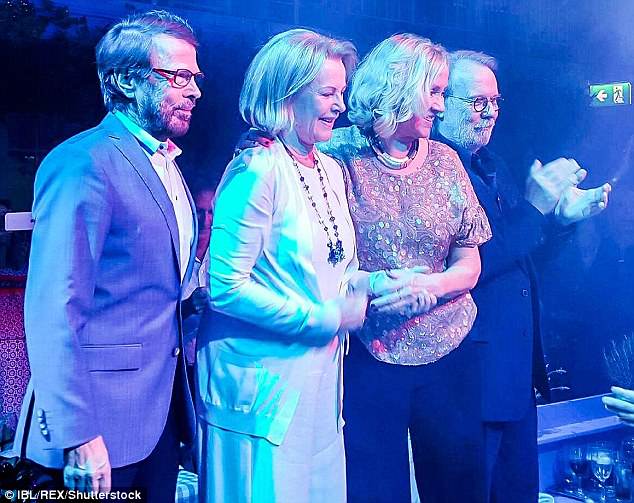 Back together: The group appeared together after years of feuding at ‘Mamma Mia! The Party’ musical premier in Stockholm, Sweden in 2016

They were already popular in Sweden when in 1974 the two married couples, who used the initials of their first names as an acronym to create the band’s name, shot to international fame by winning the 1974 Eurovision Song Contest with Waterloo. Their combination of catchy melodies and kitsch clothing helped them achieve nine UK No 1 singles.

But their songs took on a more melancholy edge from the late 1970s as the marriages of first Ulvaeus and Miss Faltskog and then Andersson and Miss Lyngstad fell apart. 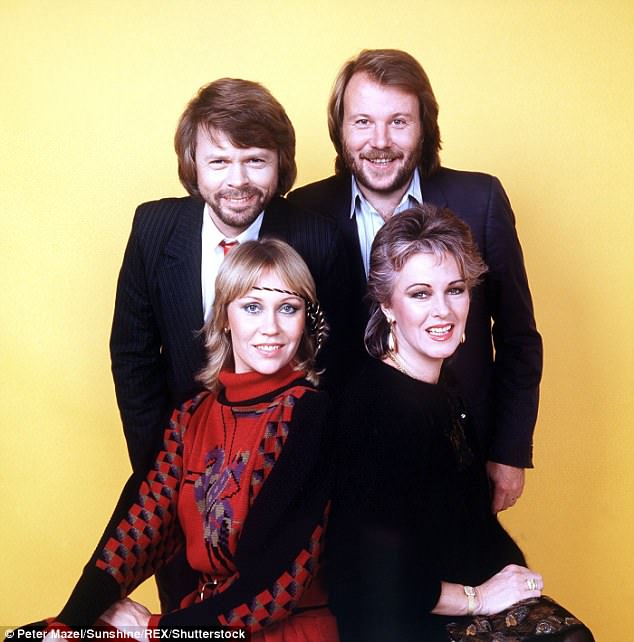 Take a chance on me: The band pictured together in the 1980s after a flurry of hit singles

Ulvaeus previously insisted the group would never perform together again, saying: ‘I think we don’t feel the motivation.

‘The four of us, with live concerts? No. The simple answer is because we don’t want to.’

But in 2016 they revealed that they would be getting together to work with former Spice Girls manager Simon Fuller on the virtual reality project. Full details were not released until yesterday, when they announced the concert featuring avatars created by digitally scanning and ‘de-aging’ the four so they look like they did in 1979, during their third and final tour.

Their statement said: ‘The decision to go ahead with the exciting Abba avatar tour project had an unexpected consequence. It resulted in two new songs and one of them, I Still Have Faith In You, will be performed by our digital selves in a TV special produced by NBC and the BBC aimed for broadcasting in December. We may have come of age, but the song is new. And it feels good.’ 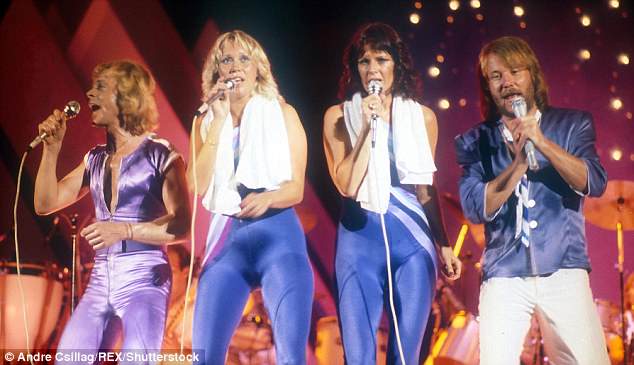