Mario Lopez revealed that he ‘connected’ with Dustin Diamond shortly after his former ‘Saved by the Bell’ co-star was diagnosed with stage four cancer.

Mario Lopez, 47, was the first original Saved by the Bell cast member to react to Dustin Diamond‘s stage four cancer diagnosis on Jan. 14. The actor revealed that he actually offered his condolences in a private chat, however, before offering them in a Twitter post on Thursday evening.

“I connected with Dustin earlier this evening and although the news of his diagnosis is heartbreaking, we remain positive that he’ll overcome this,” Mario wrote. He added, “Praying for him & his family and for a speedy recovery. God Bless.” He also added two throwback photos: one from their time playing characters A.C. Slater and Samuel “Screech” Powers on the ’80s/’90s sitcom Saved by the Bell, and one taken from Dustin’s sit-down interview with Mario for Extra in 2016. Fans were touched that Mario had reached out, given Dustin’s controversies in the past that he later apologized for. 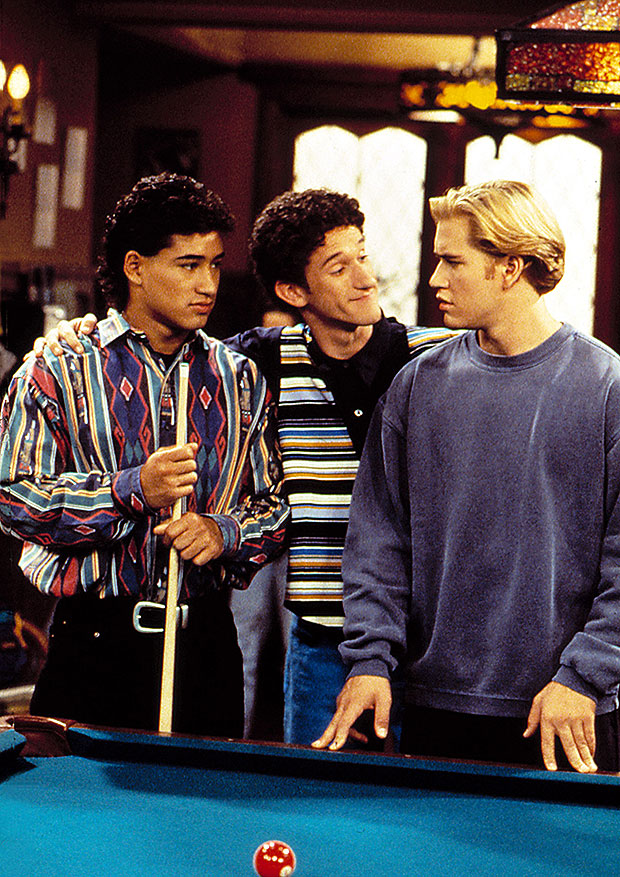 Dustin’s cancer diagnosis was announced in a Facebook post earlier that day. “At this time we can confirm that Dustin does have cancer,” Dustin’s team wrote in the statement, adding, “Dustin Will disclose more information once it is available and a plan moving forward is made.” Dustin’s rep also revealed that Dustin had specifically been diagnosed with “stage four cancer” and is now “undergoing chemotherapy” in an interview with Entertainment Weekly.

“By next week, we’ll have a much better understanding of the severity of his condition and what treatments he will need so that he’s comfortable,” the rep also told the outlet. HollywoodLife had also reached out to Dustin’s rep for comment. Before the sad announcement was made, Dustin had checked into a hospital in Florida over the weekend of Jan. 9, after suffering from pain “all over his body and a general sense of unease,” according to an earlier report from TMZ.

Dustin had reunited with Mario in 2016 to do an interview for Extra, which Mario was hosting at the time. During the interview, Dustin revealed that he hadn’t seen their Saved by the Bell co-stars like Mark-Paul Gosselaar, Elizabeth Berkley and Tiffani Thiessen since he was 16 years old. Dustin also insisted that he did not conjure the wild drug and hookup allegations about his co-stars in his 2009 memoir, Behind the Bell, and instead blamed his ghostwriter. “I can’t imagine what they think, and I’m hoping this will clear it up. It wasn’t me, I didn’t write this. I was just as shocked and appalled,” Dustin told Mario during the interview. Four years later, Dustin was the only original cast member not asked back for Peacock’s Saved by the Bell reboot.