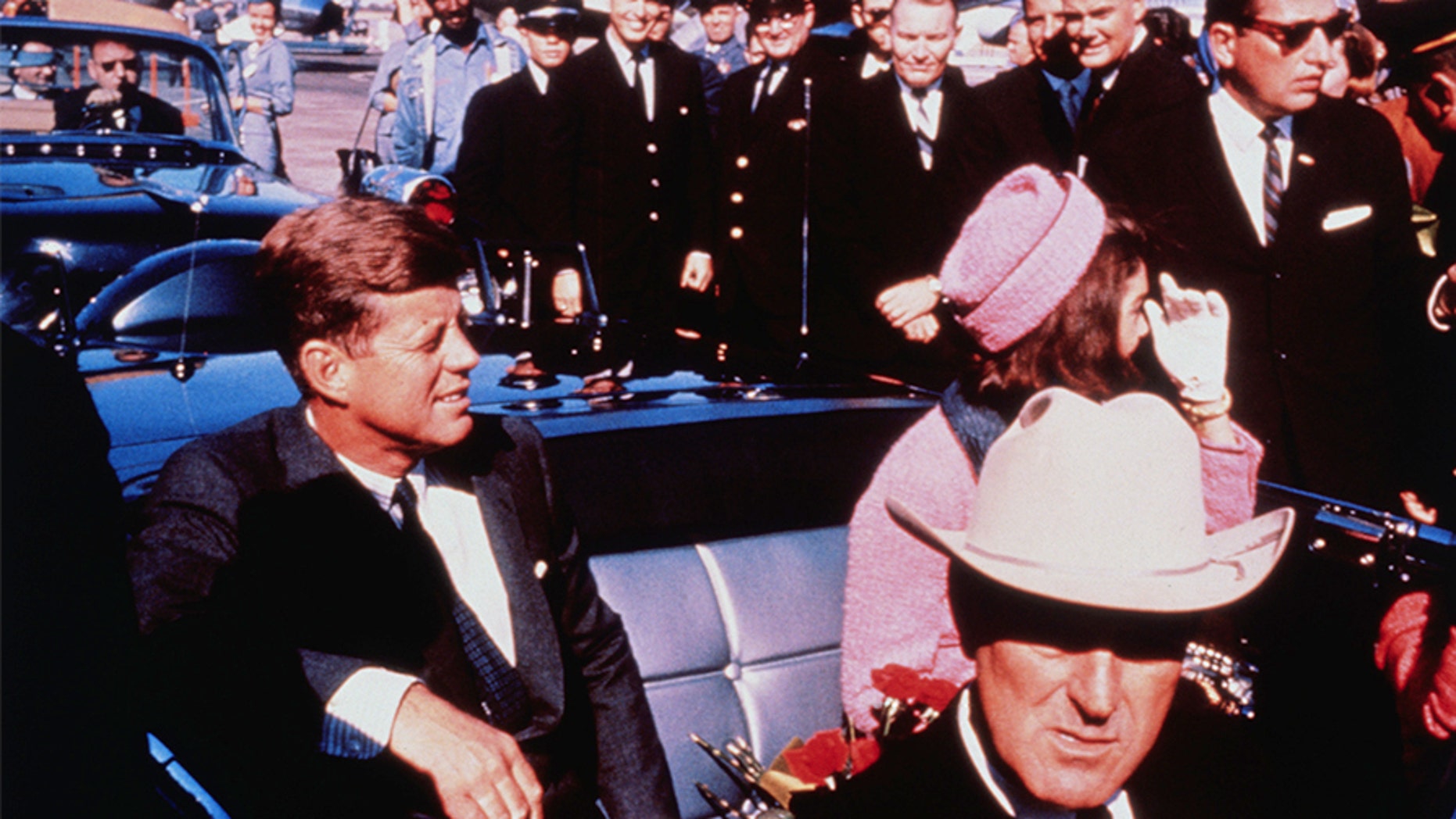 Texas Governor John Connally adjusts his tie (foreground) as President and Mrs. Kennedy, in a pink outfit, settled in rear seats, prepared for motorcade into the city from the airport, Nov. 22. After a few speaking stops, the President was assassinated in the same car.
(Getty)

John F. Kennedy, the 35th president of the United States, was assassinated on Nov. 22, 1963, while traveling through Dallas, Texas in an open-top convertible, forever shaping America. Former Los Angeles detective Mark Fuhrman is hoping to share his insight nearly 60 years later after the horrific event took the life of the young president.

The 66-year-old is the host of Fox Nation’s new docu-series “The Fuhrman Diaries,” where he reveals private thoughts and analysis on criminal cases that have defined the last half-century. Furhman admitted the shocking televised killing of Kennedy is a case he has obsessed over for years and has long wondered about the identity of the president's assassin.

The New York Times previously reported Kennedy died on November 22 of a wound in the brain caused by a rifle bullet that was fired at him. Vice President Lyndon Johnson, who was riding in the third car behind Kennedy’s, was sworn in as the 36th President of the United States, a mere 99 minutes after Kennedy’s death. Kennedy’s wife, first lady Jacqueline Kennedy, was present, still wearing her blood-splattered pink suit.

Shortly after the assassination, the New York Times added that Lee Harvey Oswald, who once defected the Soviet Union and had been active in the Fair Play for Cuba Committee, was arrested by Dallas police. On November 24, Oswald was fatally shot at age 24 by Dallas nightclub operator Jack Rubinstein while police attempted to move him from the city jail to the county jail. But for years, many have speculated that someone else, or even multiple people, were the ones truly involved in Kennedy’s killing.

“Growing up, I followed the case, listened to the criticism,” Furhman explained in the documentary. “Was Lee Harvey Oswald a good enough marksman to make those shots with a cheap Italian army surplus rifle? Could he have fired three shots so quickly? Why were government investigation shrouded in so much secrecy? What were they afraid of? Were they trying to hide something? The question I kept coming back to was the single bullet theory. And the magic bullet. I read… the report. And I really didn’t buy it. And I wasn’t alone.”

Fox Nation is a streaming subscription service you can access through your phone, tablet, computer and select TV devices. It is a members-only destination for Fox News' most passionate fans featuring exclusive new content.