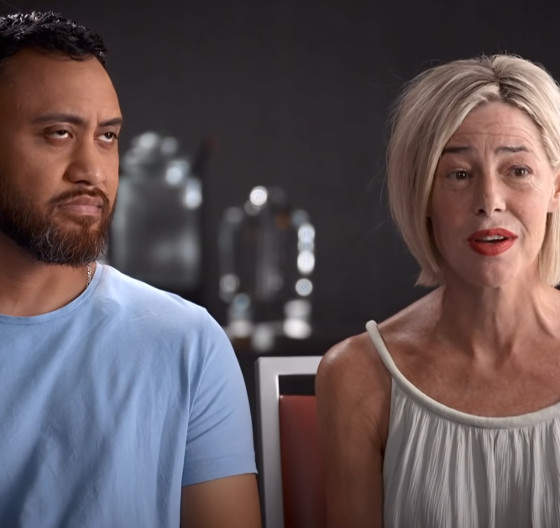 Mary Kay Letourneau, one of America’s most notorious delusional crackpots, and her husband Vili Fualaau, have reconciled and are back together after he filed for legal separation last year. When the couple first split, People reported that the reason was garden variety marital problems. You know, like he never empties the dishwasher, she feels unfulfilled now that the kids are grown, he doesn’t look at her the same way anymore, she stole his childhood by entering into a sexual relationship with him when he was her 12-year-old elementary school student. Just normal stuff like that. However, Radar interviewed Vili at the time and he said it was because he wanted to start a pot business and was afraid his wife being a felon and registered sex offender might be an issue. Now it seems both scenarios are moot, because they’re back together.

“They’re back together,” the source says. “They’ve worked through a lot of issues in the past year. They just needed to take a step back and realize what they mean to each other. Of course there are still issues, like all marriages, but they’re very much together.”

See folks, it’s all perfectly normal marriage stuff. Just like the it’s normal for a 35-year-old part-time DJ/home improvement clerk to want to explore his options with legalized marijuana. It’s also perfectly normal for a 56-year-old woman who works as a paralegal in the very same court she faced trial in 21 years prior, to want to hold on to her husband with whom she has two children, both of whom were conceived while he was underage. There is nothing weird or gross about two adults devoted to protecting what they’ve built together despite everything about it being highly illegal.

“They have built a life together,” the source tells PEOPLE. “All long marriages have long histories, and most of them have messy parts to them. They have had their ups and downs, but they remained committed.”

“They’re working on their problems,” he said. “Everybody wants a good love story.”

And really, can you think of a single good love story that doesn’t include some adversity that needs overcoming? Do you know how hard it is to have your love questioned when you didn’t do anything wrong? Mary Kay does. In a recent interview with an Australian show called Sunday Night, Mary Kay said:

She didn’t know it was a crime to fuck a 13-year-old, OK! Can’t you put your judgement aside and let love win? Just this once?