While MasterChef is supposed to be about spotting the rising star among amateur cooks, it seems that fans are more preoccupied with watching the judges eat.

But viewers took to Twitter to mock how Nigella Lawson, 58, was tasting the dishes during the evening’s intense cook-off. 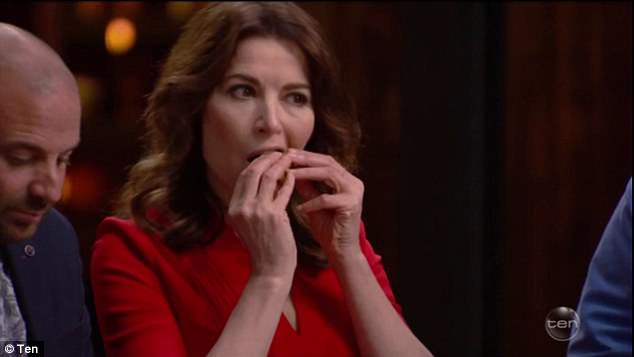 Social media users critiqued the British domestic goddess’ table manners – with the commentary ranging from praise to confusion and disgust.

One said: ‘The way Nigella pushes food into her mouth is so relatable because I, too, often cannot eat as much in one mouthful as I would like.’

‘Omg I love seeing Nigella shovel the food into her mouth with her palm… makes me feel like it’s normal when I do it,’ another added. 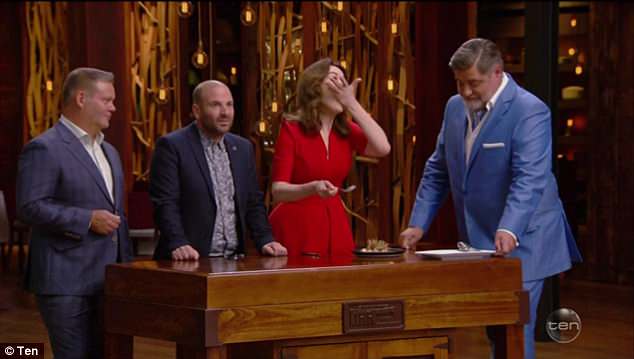 ‘So relatable’: Some social media users praised the 58-year-old for the way she ‘pushes’ and ‘shovels’ food into her mouth

Someone else simply called the mother-of-two an ‘awkward eater’.

While a TV fan mused: ‘Nigella eats like someone who’s been starved 66 days and handed a 40cm diameter chocolate cake on a platter with only 12 seconds to finish it,’ before adding: ‘It’s arousing.’ 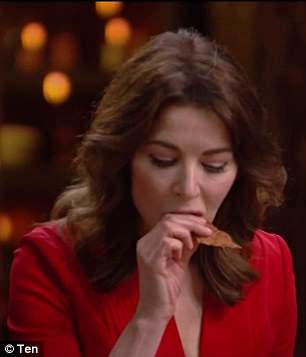 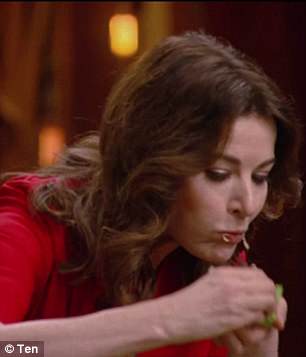 During the episode, Nigella could be seen licking her fingers and talking with her mouth full – but she admitted that she is a ‘messy eater at the best of times’.

Meanwhile, earlier this month MasterChef viewers slammed the show, claiming that it is ‘literally just a compilation of the judges eating’.

During an episode which was described as a ‘blind taste test’, the judges aimed to give honest opinions on the dishes rather than critiquing the contestants.

Uproar: Twitter users didn’t hold back on tearing into Nigella for her eating mannerisms

But TV fans ended up thinking that half the show was made up of close-ups of Matt, George and Gary eating.

‘We watch MasterChef to see food critiqued. If I wanted to watch people eat mute I’d sit miserably in a food court,’ a disgruntled viewer added. 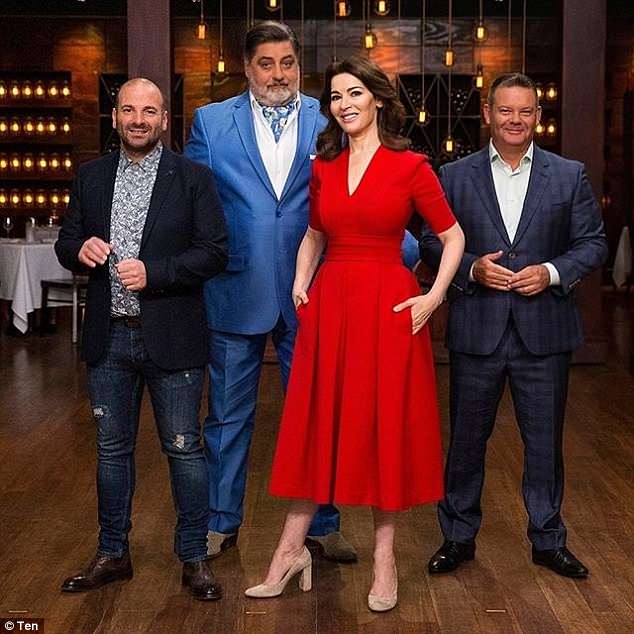 Nigella week! The British favourite will be critiquing the contestants alongside the normal MasterChef judging panel