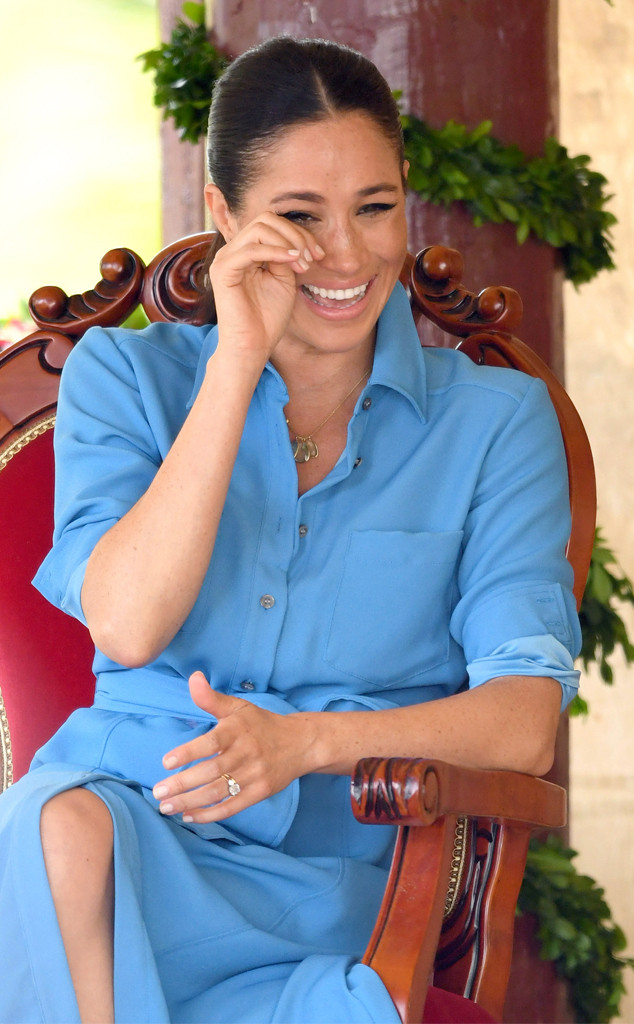 Meghan Markle was all smiles—and giggles!—as she and Prince Harry received a special surprise serenade during their trip to Tonga.

The pregnant Duchess of Sussex and the Duke of Sussex are on their first joint royal tour together and landed in the Polynesian island nation on Thursday, following a trip to Fiji. On Friday, they visited Tupou College, on the main island of Tongatapu, for a rainforest dedication.

There, the Tupbattlingou College Boys’ choir serenaded Meghan and Harry with a song aimed at warding off mosquitoes, complete with flying gestures and buzzing sounds. The duchess erupted with laughter, wiping away tears.

The royal couple had reportedly sought medical advice about Zika before embarking on their tour. The CDC has warned that pregnant women should avoid non-essential travel to areas with risk of the Zika virus, which include Tonga and Fiji, because getting infected can cause serious birth defects. For those who do travel there, the group recommends taking precautions to avoid mosquito bites and use condoms for the rest of the pregnancy. 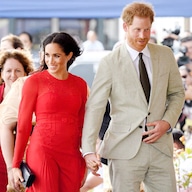 Meghan wore a 3/4-length cornflower blue Veronica Beard button-down dress with sleeves rolled up to her elbows and light blue strappy heels to the event. Harry wore a navy button down shirt, also with the sleeves rolled up, khakis and tan boots.

During their visit to Tonga, Harry and Meghan were originally supposed to walk together through the Tuloa forest, but he ended up walking alone.

Also during their visit to Tonga, the two met local Tongan traders and craftsmen as the Masani group of singers and dancers performed island music and songs, with Harry doing a little dance of his own, British reports said. They also joined Princess Angelika and Prince Ata, King Tupou VI‘s son and daughter, at the Fa’onelua Centre.

The princess said the royal couple were “an inspiration to the youth of the Commonwealth” for “shining a light on youth empowerment.”

Meghan and Harry began their 16-day tour earlier this month and recently visited Australia, where they announced her pregnancy upon arrival via a Kensington Palace statement, and Fiji.

They are set to travel to New Zealand this weekend for the final leg of their tour.